January 01, 2021
Distilleries here and across the nation became unlikely heroes in the early months of the pandemic last year when they converted their production of potable booze to hand sanitizer.

Their thanks from the federal government came at the eleventh hour of 2020 when Congress passed and the president signed a bill making permanent a temporary — and necessary — tax cut that had been on the verge of expiring.

“We had really just been hoping for a one year or two year reprieve, but we actually get the most benefit from it being permanent,” said Black Button owner Jason Barrett, who estimated that he would have paid anywhere from $250,000 to $300,000 in additional taxes this year had the relief not come through.

The relief in question was a break on excise tax that Congress first granted alcohol producers in 2017 as part of the Tax Cuts and Jobs Act. The measure was a boon for small breweries and wineries, too, but distilleries benefited the most.

The taxes distilleries paid on the first 100,000 proof gallons they produced — meaning a gallon of spirit at 50 percent alcohol — fell to $2.70 from $13.50 per gallon. That meant that a distillery that was originally paying $2.16 in excise tax on a standard 750 ml bottle of 80-proof liquor was now paying just 43 cents. 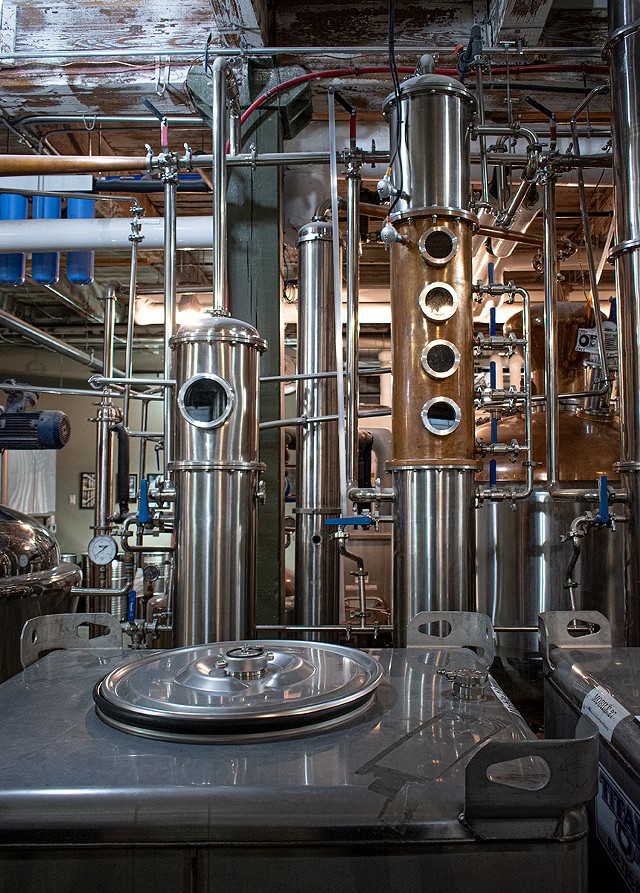 In other words, if Congress had not acted, distilleries would have been looking at a 400-percent hike in federal excise tax. These excise taxes are paid on top of normal corporate taxes, as well as state taxes.

The tax cut was originally set to expire last year, but was extended through 2020 at the last minute. While any tax relief is welcome, yearly extensions of temporary breaks come with uncertainty in an industry whose product sometimes has to sit and age for several years before hitting the market.

“Now we get to make long-term plans,” Barrett said. “The whiskey’s got to age for five or six years, it’s hard to lay down extra product when you don’t know what the tax situation will be when that product goes to be sold.”

This tax relief wasn’t just about making giant liquor conglomerates more comfortable, although it certainly will have that effect. The relief was necessary for small craft distilleries that have brought so much variety to the liquor market in recent years to survive.

For craft distilleries like Black Button and Iron Smoke, for instance, that first 100,000 proof gallons covered by the tax measure exceeded their entire annual production. Unlike the giants that produce millions of gallons a year, the Black Buttons and Iron Smokes of the world don’t produce the volume necessary to recoup what they would have lost had the tax taken effect.

“The Jack Daniels of the world, they wouldn’t get hurt, they’re making so much that (100,000 proof gallons) is a blip on the radar,” said Dave Ferguson, chief operating officer at Iron Smoke.

The tax break was made permanent by the passage of the Craft Beverage Modernization and Tax Reform Act a few days before Christmas.

Congressman Joseph Morelle had been in close talks with local booze producers, particularly Black Button, on the need for tax reform. He believes the bill serves a critical need for the local industry.

“This is an important win for the growing craft beverage industry, particularly in upstate New York,” Morelle said. “I’m proud to have worked with craft brewers in the state legislature and now in Congress.”

The bill had broad support in the House and Senate, with nearly two thirds of representatives and senators having signed on as co-sponsors. Dozens of state distillers’ guilds penned letters advocating for the bill’s passage.

“If Congress does not pass the Craft Beverage Modernization and Tax Reform Act by the end of this year, many of us will be forced to furlough or lay off even more employees, or close our doors permanently,” read a Dec. 4 letter to Congress from the New York State Distillers Guild.

I’ll drink to that.