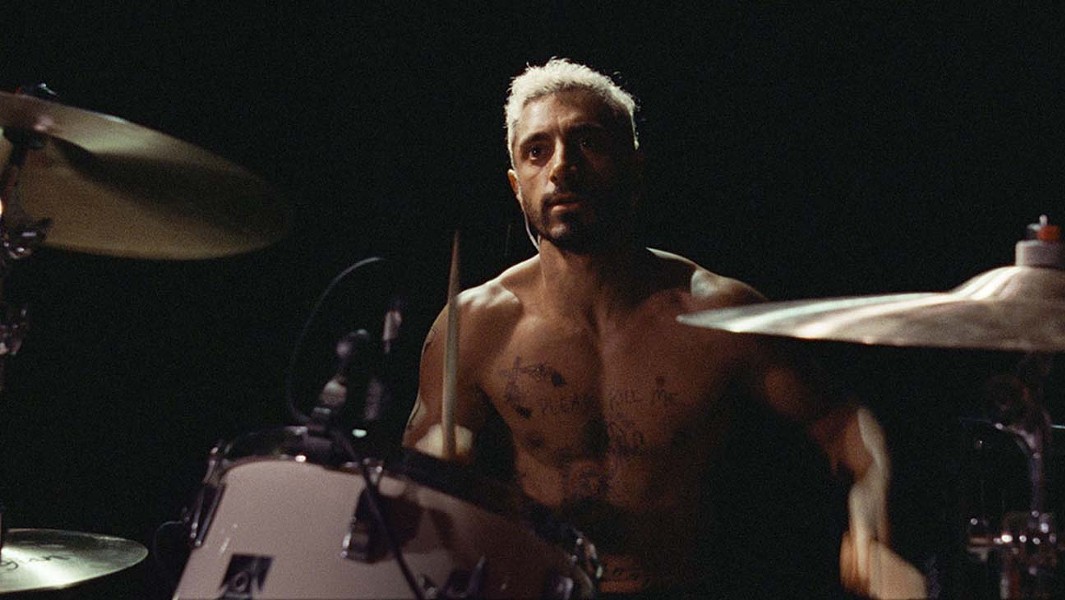 The 2019 edition Toronto International Film Festival has drawn to a close, so I'm back with a few more short reviews -- plus my picks for the ten best films I saw at this year's festival. Look for full reviews of some of my favorite films (including Bong Joon Ho's brilliant "Parasite," Marielle Heller's wonderfully heartfelt "A Beautiful Day in the Neighborhood," and Rian Johnson's wildly entertaining "Knives Out") from that list as they get released in Rochester in the coming months.

Takashi Miike's fiendishly fun crime-thriller "First Love" finds a young boxer with a brain tumor and a terrified call girl getting caught up in a yakuza drug-smuggling scheme over the course of one crazy night in Tokyo. A funny, bloody good time from a prolific master of genre filmmaking.

One of the biggest surprises of the festival was the powerful "Sound of Metal," which uses incredible sound design to put us in the head of a heavy metal drummer (played by an excellent Riz Ahmed) as he begins to lose his hearing. Following his struggles to adapt to this new normal, director Darius Marder crafts an intimate story of learning to live with a disability.

Rosamund Pike delivers a characteristically strong performance in "Radioactive," Marjane Satrapi's biopic of the great Marie Curie. While Satrapi invests the story with a lovely visual style, in the end the film feels frustratingly rote as it moves swiftly through the standard biopic motions. Not bad, but this had all the ingredients to be something special.

A devilishly terrifying "Saint Maud" is the unnerving story of a young hospice worker who grows obsessed with saving the soul of her dying patient. This dread-filled character study is at times unbearably tense, with a killer performance from star Morfydd Clark. Based on this exciting debut, I'm in for whatever writer-director Rose Glass gets up to next.

Eva Green gets one of her best roles yet, playing Sarah, an astronaut preparing to leave for a one-year mission aboard the International Space Station in Alice Winocour's delicate drama "Proxima." Focusing on Sarah's close relationship with her young daughter, the film becomes the story of a woman caught between her dreams of reaching the stars and the love that keeps her bound to Earth.

Based on an H.P. Lovecraft short story, "Color Out of Space" follows the misfortune that befalls a family when a strange comet crash lands on their property, leading to bizarre mutations and gooey body horror. The very definition of a midnight movie, this was a little too goofy for my tastes, but the sight of Nicolas Cage in over-the-top mode, screaming at his children about alpacas has its charms.

One of the hottest tickets at this year's festival, TaikaWaititi's WWII crowd-pleasing dramedy "Jojo Rabbit" boosted its Oscar outlook by winning TIFF's Grolsch People's Choice Award for best of the fest. More conventional than you might expect from Waititi, the film aims to be both hilarious and moving. It certainly has moments of each, though those moments occasionally butt up against each other in sometimes uncomfortable ways. But it's always entertaining, and Waititi remains a master of getting fantastic performances from his child actors.

6. "A Beautiful Day in the Neighborhood"