Jackie Powers, the owner of Orange Glory Café on East Avenue, would like you to have a cookie. She says so on her website. Every review and evaluation of her restaurant swoons over them. Without exception, over the course of four visits, every diner I saw leaving the restaurant was carrying one out of the shop, often not making it more than a few steps from the counter before taking that first irresistible bite of a chocolate chip, a macadamia chip, an oatmeal raisin, or lemon crème cookie (these are only a few of the options that Powers makes on a regular basis), and smiling with pleasure.

At 8 years old, Orange Glory Café is, you could fairly say, built on cookies. Powers specialized in them when she was a baker at the now-defunct Little Bakery, and they are absolutely perfect. Her chocolate-chip cookie has a judicious excess of chocolate chips married to just enough flour and sugar to keep it from falling to pieces. Her oatmeal raisin is moist and entrancingly spicy, fragrant with what might be just a little bit of cardamom. Her lemon crème cookie is nothing short of perfection — the apex of the cookie maker's art. Almost but not quite toothache sweet and infused with what could be real lemons (and likely lemon zest, the flavor is so vivid), and studded with white chocolate chunks that remain gooey and creamy hours after the cookies come out of the oven, these are worth stopping at Orange Glory for, and perhaps even waiting in line for a while. 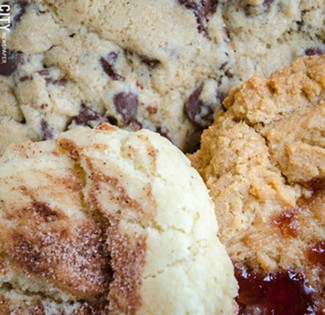 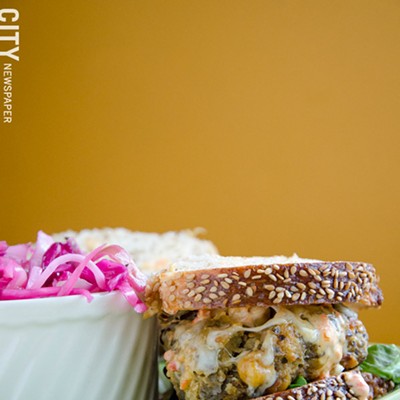 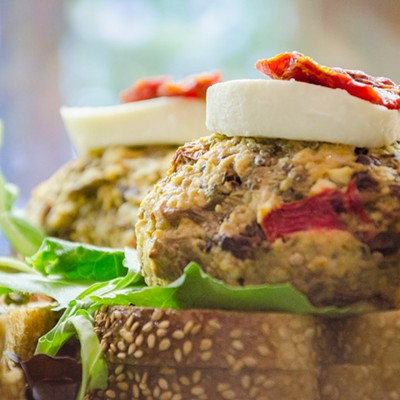 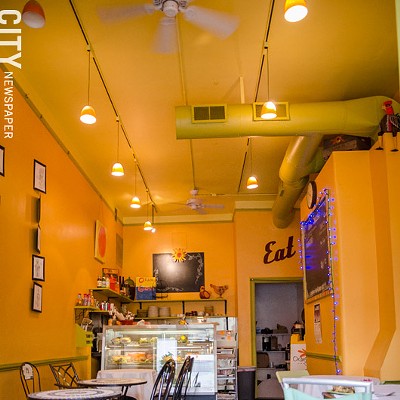 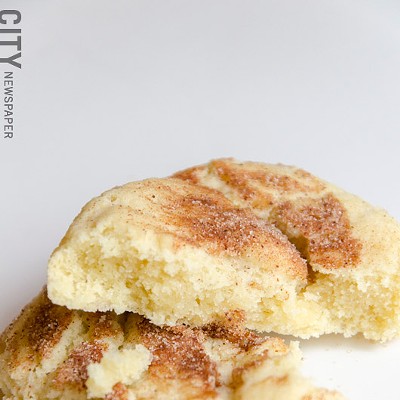 So, Orange Glory is built on cookies. That's probably a good thing, because even though Powers and her staff start with good ingredients and do some interesting things with them, in most cases the lunch menu at Orange Glory is less than the sum of its parts.

On any given weekday, the lunchtime lines at Orange Glory can be long, particularly when the weather is good and the competition for tables on the sidewalk becomes a Hobbesian war of all versus all. The staff of two who hold down the kitchen and the counter work hard to keep everyone happy, and they make a point of greeting regulars by name, occasionally asking them if they want "the usual." The usual is more often than not a Lunch Box, a sandwich, a side (or soup), a drink, and, of course, a cookie for $9.

The cookie, it goes without saying, is the best thing on the plate (although you have to ask for it on the way out the door rather than having it served with your lunch, presumably to force you to eat your veggies rather than skipping straight to the good stuff).

The sides (each $2) are also decent and mostly well executed. Powers' take on potato salad reminded me a bit of patatas bravas, a tapas-bar standard. Deeply roasted cubes of potato tossed with thinly sliced celery and dressed with a chili-garlic mayonnaise, the piquant dressing and the crunch of the celery made a nice foil for the well-roasted spuds. Sesame noodles, with just a tiny bit of cayenne-pepper heat to make them interesting, were as good or better than any I've had at countless Chinese restaurants over the years, the noodles well-cooked and nicely seasoned. The cole slaw, a coarsely sliced red-cabbage version, was not my favorite take of the café staple, but well-executed for all that.

Soup was a bit more problematic. I tried the lentil soup ($4) twice on two separate visits to Orange Glory, assuming the first time I had it that someone had simply forgotten to add any seasoning to the mix. Sadly that was not the case. Under-seasoned to the point of pasty blandness with undercooked vegetables stirred into what seemed to be not much more than lentils and vegetarian broth, it might have made a good base for a dal if you developed a spice base on the side and then added this along with a fistful of salt. But as a soup it was an abundant (the bowl was, to the restaurant's credit, huge) failure.

The soup is indicative of a larger problem with Orange Glory's menu: lack of proper seasoning and attention to detail. It's not that hard to sweat vegetables and create a good base for a soup. All it takes is a little patience, some experience at the stove, and a willingness to taste as you go to make sure that things are coming along. Orange Glory, with its display case of premade burgers and its long lines, feels more like an assembly line, and not a terribly efficient one at that. The wait for your veggie burger can be pretty long, and if you make it to the front of the line and don't know the drill — if, for instance, you can't tell at a glance the difference between a mushroom-artichoke burger, a lentil burger, and a black-bean burger, or identify whether the orange-yellow patty on a slice of bread is a poultry burger or a curried-cauliflower burger — then be prepared for barely restrained impatience and eye-rolling.

As I was tucking into my nicely seasoned starch bomb of a curried cauliflower burger on my first visit, and watching a fair amount of it fall off of the bread onto the plate, I kept thinking that the filling would have been so much better in a samosa. Similarly, the black-bean burger cried out for a tortilla, some guacamole, some salsa, and maybe a bit of steak or chicken. The spinach burger, which everyone raves about, really, really wants to be a spanakopita. On bread, each of these seemed to be lost — good, not great, fillings in search of better wrappers. (Sandwiches all cost $7.) But, as Powers reminds us on her website, there's always a cookie to cheer us on our way.