The most delicious scallops I've eaten in a long time were cooked in a small, mom-and-pop storefront in Irondequoit.

Caught wild off the coast of New England and a little over an inch tall, the scallops had been seared until their tops and bottoms developed a light brown crust. On the tongue they tasted sweet and lovely; tender but firm. They were perched on a bed of lightly mashed white beans, which grounded the dish; dotted with fat, olive-colored capers that added briny complexity; and drizzled with browned butter, lending a nutty richness.

The scallops were part of the Tour de France menu in Atlas Eats' Edible Atlas dining series. Though Atlas Eats serves breakfast and lunch Thursday through Sunday, they offer a $35 prix fixe dinner menu on Friday and Saturday nights. With two seatings on those nights, the shop's Edible Atlas menus are pre-set and focus on world cuisine.

In addition to the scallops, I happily ate my way through four more Tour de France courses, starting with a Pissaladière. It's like a French pizza, comprised of a delicately flaky and buttery puff pastry, a touch of pissalat (a blend of anchovies, spices and olive oil that give a taste of the sea), a layer of cheese which browned and bubbled in the oven, and salty olives.

A vichyssoise was cool and creamy with a garnish of beets and herbed mousse; the salat Nicoise had crisp vegetables and perfectly cooked tuna. For dessert, tarte aux fruits rouge: a thin pastry shell filled with a brightly flavored lemon pastry cream, topped with plump, locally grown berries, and plated with a tangy, three-varieties-of-plum sauce.

It was an unexpected, well-executed, and just plain fun dining experience — all from a tiny, luncheonette-style spot on North Clinton Avenue.

Atlas Eats is, as co-owner and manager Diane Brinkman puts it, a family affair. This is the third restaurant for Brinkman and her husband Gerry, Atlas' co-owner and chef. Previously the pair ran The Rochester Club on East Avenue and the Wellesley Hotel and Restaurant in the Thousand Islands; they earned their restaurant chops while in college, working as servers at Geneseo's Big Tree Inn. Their daughter, Anna Brinkman, is Atlas' sous chef; Anna is a graduate of the culinary program at Johnson & Wales University.

The Brinkman's other daughter, Emma Brinkman, and her husband, Ben Eskind, own the Pachamama Farm in Farmington, and provide the majority of produce to Atlas during the growing season. (Pachamama provides produce to a number of notable restaurants, including The Revelry, Good Luck, and Lento.) And, while not genetically-related, Atlas' baker, Brenda Robak, is like family, having worked with the Brinkmans in all of their restaurants and investing in their culinary quality. You can see this on display in the bakery area which is chock-full of bread loaves, tall cakes, toothy cookies, and lamingtons, an Australian treat made of yellow cake coated with chocolate and sprinkled with coconut.

With room for 22 seats, Atlas hums with activity the four days each week it's open. The wait-staff is attentive and friendly, and the kitchen keeps things moving. There is a low number of items on the breakfast and lunch menus, which likely lends itself to Atlas' efficiency, but that doesn't mean the options are boring.

One of the most popular items are the kimchee pancakes ($4.99), made with a whole wheat batter that stays light and fluffy. Inside the tender pancake is lightly crunchy kimchee, which balances acid with sweetness. The cake is topped with a poached egg, complete with a rich, liquid yolk, and a spicy sweet, dragon sauce the color of cinnamon candies. The best bites of pancake have soaked up the liquids of both.

The hummus plate ($7.95) comes with slices of Robak's bread and a seasonal accompaniment: one day, it was a briskly-flavored olive tapenade; on another, a scoop of a roasted-until-tender eggplant, marinated with vinegar. The hummus itself (listed on the menu as made with chi-chi beans, another name for chickpeas) was extraordinarily creamy and rich, lightly flavored with garlic and tahini. 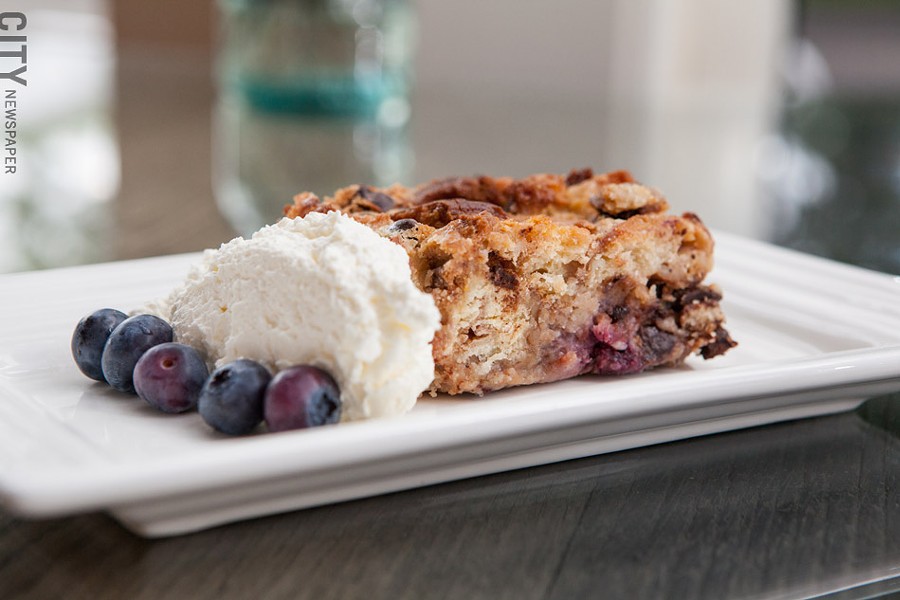 The menu becomes even more interesting with specials and spins on standard items, like the homemade cavatelli di giorno ($8.95). Cavatelli is like gnocchi but made with ricotta rather than potatoes. The version I tried was luscious, tossed with a summery pesto made with good olive oil and al dente hunks of summer squash. Other dishes to try include kimchee fried rice with tofu ($8.95); egg and bacon on a house-baked cheddar cheese biscuit ($4.99); and bread pudding, loaded with chocolate, summer berries, and butter.

For breakfast and lunch, Atlas Eats will not take reservations for parties fewer than 5. For the Edible Atlas dinner series, reservations are required and the menu changes every two weeks. This weekend's series highlights the Caribbean, with dishes from Jamaica, Cuba, Puerto Rico, the Dominican Republic and Belize. If you can't catch it, no worries; next weekend will usher in a different menu with a different global cuisine, and I have no doubt that the food will be just as delicious.

Share your food and restaurant tips with Laura Rebecca Kenyon on Twitter at @LauraKenyon, or email at Food@rochester-citynews.com. 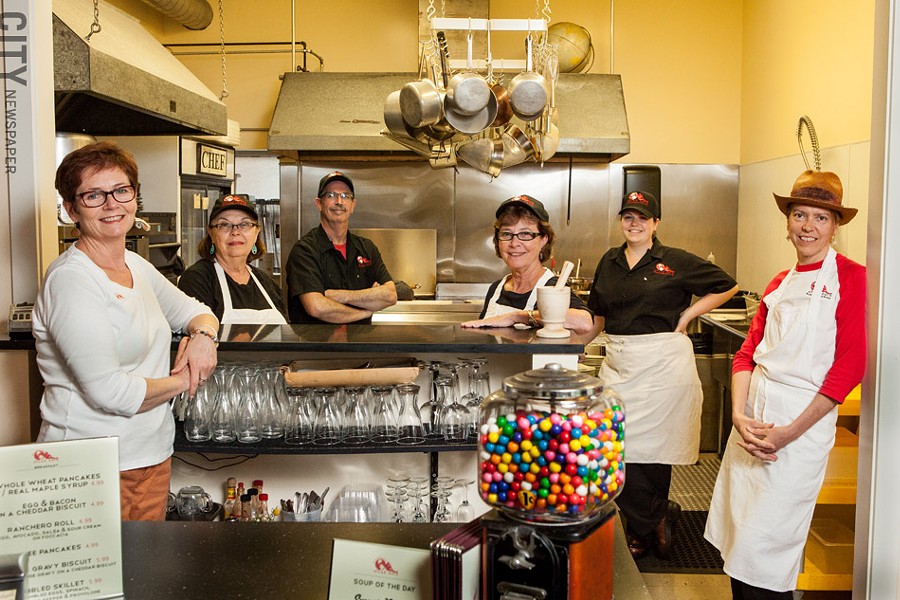