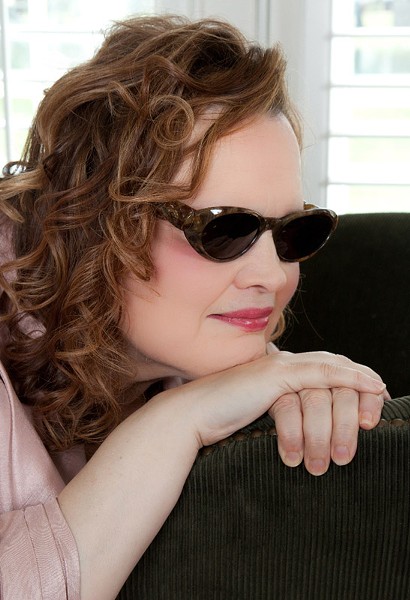 PHOTO COURTESY XEROX ROCHESTER INTERNATIONAL JAZZ FESTIVAL Dian Schuur was heavily influenced by Stan Getz and Frank Sinatra and dedicated her latest album, "I Remember You (With Love to Stand and Frank)," to them.

Through the snap, crackle, and pop of a long distance phone call, and suffering from jet lag, Diane Schuur's voice is still absolutely beautiful. She has just returned from an engagement in Osaka, Japan. Before that, it was dates in Italy with the big band. Tomorrow, it's off to engagements in North Carolina and Florida. The lady is burning it at both ends and the middle. Still, that voice; she had me at "Hello."

Even if some audiences don't understand Schuur's words, they understand how she sings them.

"Music is a universal language anyway," says Schuur. "And even if English is a second language, it doesn't really matter that much. Music is music. It's a real good facilitator and communicator to circumvent any kind of barrier."

Blind since birth, Schuur offers exquisite insight and honesty. She tells her own story through the stories in the songs. Her loves, losses, heartaches, and joy are all couched in her musical adaptations and interpretations.

"Through the music," she says, "I want to let the audience know, there's a back story, a love story involved in my own life. And I thought through this music, this would be the best way to facilitate that without going into a lot of personal detail."

Early on, Schuur showed promise. Growing up in Auburn, Washington, she was surrounded by music. Her dad played the piano and her mother collected records that included Duke Ellington and Dinah Washington. Schuur had perfect pitch and taught herself the piano. By the time she was 10 years old, she had played her first gig.

Schuur released her first record, "Deedles," in 1984. She's gone on to release close to 25 albums including her latest send-up to a couple of her heroes, "I Remember You (With Love to Stan and Frank)." Both Stan Getz and Frank Sinatra were personal friends as well as a heavy influence on Schuur. She cherishes the fundamentals they taught.

"I've been listening to Frank Sinatra since I was a toddler," says Schuur. "His musicality and individuality as far as being able to deliver a lyric: to be able to deliver a melody with pathos — I love that word — and emotion really impacted me. And as a little girl, I remember hearing 'Girl from Ipanema.' Of course, it was Stan Getz on the solo. And he taught me early on that less is more. In other words, sometimes it's best to understate something, to really be able to build on a song instead of giving it away in the first couple of notes."

It's these influences, morphed into her own style, that make Schuur such a timeless jazz icon as well, whether on stage before thousands or on the phone with an awkward, love-struck music critic.

She had me again at "Goodbye."

Diane Schuur will perform Wednesday, June 25, 6 and 10 p.m. in Kilbourn Hall at Eastman School of Music, 26 Gibbs Street. Tickets are $25, or you can use your Club Pass. Dianeschuur.com.