Dems have big state primaries ahead

July 12, 2018
[UPDATE] Rochester-area Democrats just wrapped up one big primary election campaign, for the Congressional seat held by the late Louise Slaughter, and now they're gearing up for additional campaigns, for a variety of more local offices.

Because State Assembly majority leader Joe Morelle is running for Congress, he couldn't also run for re-election to his state seat . So in November, voters will elect someone to take that seat, and Monroe County Democrats could be facing a four-way primary in September for the party's nomination.

The winner of the September Democratic primary will likely take Morelle' 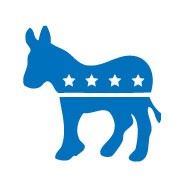 s seat representing the 136th Assembly district, which includes Irondequoit, Brighton, and parts of the City of Rochester. Voter enrollment in the district strongly favors Democrats. Republicans filed petitions for a candidate, Jim Shafer, but he declined the authorization. But the GOP has  short window during which it  could name a substitute candidate.

Four Democrats have filed petitions to run for the seat: Jamie Romeo, the Monroe County Democratic Committee chair and the party’s designated candidate; Jaclyn Richard, chair of the National Organization for Women’s Rochester chapter; Robin Wilt, a member of the Brighton Town Board who lost her Congressional primary bid to Morelle; and Todd Grady, who works in real estate sales with a focus on new construction.

The lineup is far from certain. The petitions have been filed, but they're still subject to challenges and review. Wilt faces eligibility questions because, though she’s a Rochester area native and she lived here for a long time, she lived and voted in Washington State from 2012 to 2016. New York law requires Assembly candidates to live in the state for five years prior to the election.  And her petitions are currently facing several challenges.

In addition, both Romeo and Wilt filed petitions to seek the nomination of the Women's Equality Party. But through a quirk of election law only Romeo can run on the line, since neither candidate is a member of the party and Romeo is the only one who received its authorization to run on its line; again, Wilt's petitions for the line have been challenged . It is, however,  possible that both candidates could be on the ballot in November, if Wilt prevails in the Democratic primary.

The Assembly primary may not be the only local one for Democrats. Rochester City School Board members Beatriz LeBron and Melanie Funchess, who were appointed to fill vacant seats earlier this year, have to run for their seats this fall. But the Rev. Judith Davis, the founder of At Liberty Ministries, Inc. and an intellectual property specialist at Bausch + Lomb, has also filed to run, possibly setting up a three-way contest.

The attorney general’s race is shaping up as a four-way contest, and this is an open seat, because Eric Schneiderman resigned from the seat amidst scandal; four women told the New Yorker he physically abused them. New York City Public Advocate Letitia James; Leecia Eve, a former aide to Cuomo and Hillary Clinton; Zephyr Teachout, a progressive activist, Fordham University associate professor of law, and former gubernatorial candidate; and Newburgh-area House representative Sean Patrick Maloney, have all filed petitions. All of the candidates are attorneys.

These races account for a small number of the petition filings, and they don’t include any of the contested and uncontested general election contests where there won’t be a primary. A full list of Monroe County filings is available at https://www2.monroecounty.gov/elections-candidate.php, and the state filings are available at elections.ny.gov.

This post has been updated to correct information regarding the Women's Equality Party line in the 136th Assembly District race. It was also updated on July 17, 2018, with new information.