April 29, 2020
UPDATE 4/29/20 at 4:20 p.m.: This story has been updated to reflect that the current acting-commissioner, LaShana Boose, notified Democratic party members in February that she was withdrawing her name from consideration for the full-time job. She said today that she would like to serve if appointed.

Rochester Mayor Lovely Warren and some Democratic Monroe County legislators are challenging the county attorney’s legal opinion on the process of appointing a new Democratic county elections commissioner — an ostensibly routine procedure that has been plagued by party infighting for months.

The Monroe County Board of Elections, like other elections boards in New York, is overseen by a pair of co-commissioners, a Republican and a Democrat.

Their role of a commissioner is to safeguard the sanctity of elections, specifically for their party. But they can also influence elections, particularly primaries, with the siting of polling stations and the ability to challenge candidates’ petitions. 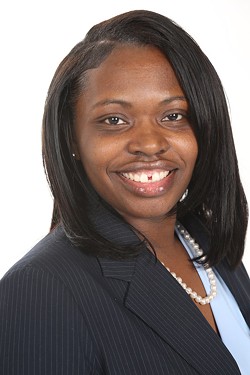 The position of Democratic commissioner has been vacant since March 5, when the former commissioner, Colleen Anderson, resigned. Her deputy, LaShana Boose, has been the acting commissioner ever since, as required by state law.

But Boose has not been confirmed by the Legislature, as is also required by state law, in part because Democratic party leaders have not been able to agree on a process.

The delay prompted Warren this week to call on the Legislature to appoint a commissioner immediately, contending in a Facebook post and a series of follow-up comments that the Board of Elections was not fully operational.

Warren did not specifically mention Boose in her comments, but the mayor has been a vocal supporter of Boose in the past, having endorsed her on two unsuccessful runs for City Council.

“We need a fully functioning board now,” the mayor wrote on her Facebook page Monday. “The county Legislature can act now. . . . Please act now to protect the sanctity of the Democratic process. It’s time to stop playing politics with the people’s right to vote!”

The same day, some Democratic county legislators secured a legal opinion from the county attorney, John Bringewatt, who advised them in a three-page memo that it would be “premature” for legislators to act.

Boose did not return a message from a reporter asking about where her office was short-staffed or not functioning properly. One position that is vacant is that of a deputy commissioner.

She issued a statement on Wednesday saying that her staff at the board was focused on ensuring the coronavirus pandemic doesn't hamper democracy.

"Everyone involved in selecting a new permanent commissioner should approach that decision from the same perspective," she wrote.

The process for installing an elections commissioner, as described in state Election Law, is fairly straightforward. Here is how the process is supposed to unfold:

The county Democratic Committee did not formally recommend Boose to the Legislature within 45 days of the vacancy.

The committee’s attorney, Nathan Van Loon, explained the party’s executive committee had designated a sub-committee to vet potential candidates but pulled back after the process drew complaints from some party leaders.

Subsequently, the executive committee voted on March 6 to hold a convention in which hundreds of party members would be eligible to weigh in on candidates. But the convention was derailed by the coronavirus pandemic.

“We can’t have a convention, not under these circumstances,” Van Loon said. “Otherwise, we would have had this done.”

Whether Boose wanted the job was once an open question.

In an email to the party's executive committee and the sub-committee established to screen candidates dated February 28, a week before she was to ascend to the role of acting commissioner, Boose wrote that she no longer wanted to be considered for the full-time commissioner position.

"With so much at stake it is imperative to select a candidate who has experience," wrote Boose, who trained election inspectors for the Board of Elections for a six-month stretch in 2009 and 2010 but had not worked for the board since before being hired as the deputy commissioner in August.

"Due to my dedication to fulfilling these duties and providing stability to the board, I now believe it is best for me to withdraw my name from consideration to serve as the Democratic commissioner for the Monroe County Board of Elections," she wrote.

Boose clarified her position in an email to CITY on Wednesday. "It has been an honor to serve the past two months and if the county Legislature asked me to serve, I would be willing," Boose wrote.

“We need to resolve this,” said Felder, who acknowledged being a supporter of Boose.

He noted that the Legislature earlier this month confirmed an appointment for a Republican commissioner, where there had also been a vacancy, and blamed the Democratic party for being unable to stop bickering.

“The executive committee of MCDC could have met, but because of the political games they were playing about having a convention, we can’t get a recommendation done,” Felder said. “They dropped the ball.”


Anthony Plonczynski-Figueroa, a member of the county Democratic party's executive committee who supported holding a convention, said the process was stalled by backroom wrangling by supporters of Boose, including Warren and Felder, who wanted to see her installed as commissioner despite Boose withdrawing her application.

"We could have had a convention four times over by now," Plonczynski-Figueroa said. “LaShana withdrew herself from the process. Now all of a sudden we’re appointing her?”

Democratic Legislator Rachel Barnhart, who had also supported the party holding a convention to determine a candidate, said of the matter, “It’s unfortunate that this has become a divisive issue.”

“I understand the mayor’s concerns and we need to make sure the Board of Elections has the resources it needs for the upcoming primaries,” Barnhart said. “we are going to deliberate as a caucus and come to some resolution.”

At the request of Democratic legislators, Bringewatt, the county attorney, drafted an opinion on the matter that concluded the governor’s executive orders to shut down the state in response to the health crisis effectively paused the clock on the party recommending a candidate.

Felder said of the opinion, “It doesn’t square with the law.”