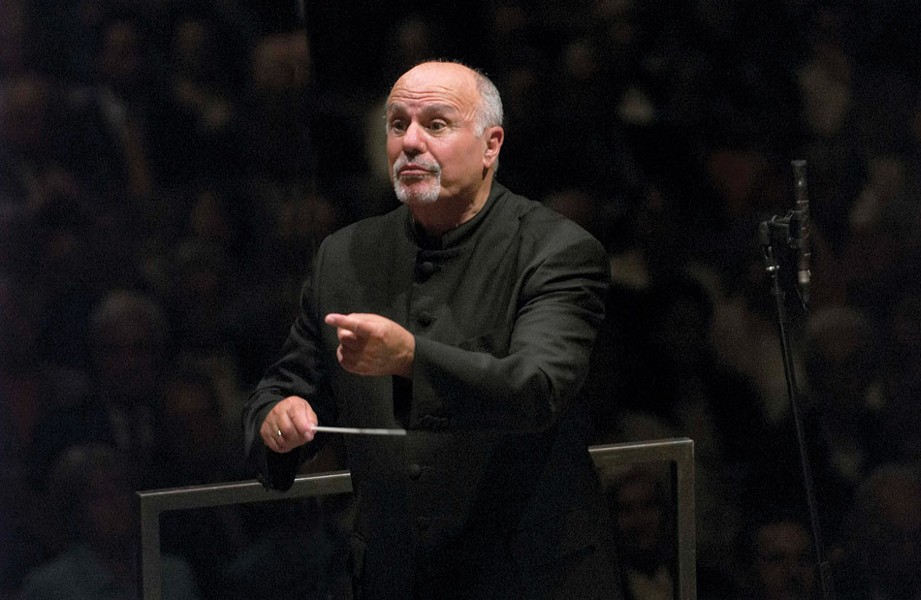 It’s been more than three decades since conductor David Zinman concluded his tenure as music director of the Rochester Philharmonic Orchestra. Between 1974 and 1985, he helped to stabilize the RPO’s role as an indispensable member of the Rochester cultural scene.

When Zinman conducts the Eastman Philharmonia on Friday, April 12, at Kodak Hall, he’ll be joined by violin sensation Joshua Bell for Max Bruch’s Violin Concerto No. 1, a romantic and virtuosic showpiece. Felix Mendelssohn’s tuneful overture “The Hebrides” and Robert Schumann’s robust Symphony No. 2 are also on the program. The Friday concert is the culmination of Zinman’s two-year tenure as Distinguished Visiting Artist at the Eastman School of Music, where he has served as a mentor to conducting students.

He was once a protégé of the late Pierre Monteux, the legendary conductor who led the now-infamous premiere of Igor Stravinsky’s “The Rite of Spring.” Zinman remembers Monteux as a quiet leader who didn’t get in the way of an orchestra’s music-making, except to make prudent changes. “He believed in me,” Zinman says. “And when someone believes in you, of that level, then you think, well, maybe I should pursue it further.”

With an illustrious career and wisdom of his own to impart, Zinman has plenty to say about today’s classical music scene. Today’s conductors have to fill numerous roles, he says. Not only do they have to be strong curators of music, but they must also be charismatic communicators who can reach musicians and non-musicians alike. “They have to actually be the figurehead for the community they’re working in,” he says.

Zinman notices that the landscape is shifting with regard to gender equality among conductors. “I’ve coached quite a few women conductors,” he says. “And I think their time is coming — very, very quickly, actually. More people are interested in hearing them as conductors, and yeah, I think the future is both genders, or all three genders, 12 genders. And it’s what they create that’s important.”

When it comes to leading an orchestra, Zinman says it’s vital that a conductor “ask the orchestra to play.” For the conductor to get the sound he or she wants from the ensemble, it’s more like engaging in a dialogue than issuing an order.

Zinman says people wonder how a conductor gets musicians to play. “The orchestra musician wants to be asked. He sits there playing his part, but he needs to be asked something. And sometimes I’ll just say to a conductor that I’m coaching, ‘Ask them for it. Not verbally, just in your physical gesture.’”

While Zinman’s program with the Eastman Philharmonia consists of classical standards, he has championed new music by contemporary composers throughout his career, most notably with his recording of the late Henryk Górecki’s Symphony No. 3 for Warner Classics. He’s worked with such prominent living composers as John Adams, John Corigliano, and Christopher Rouse, and he cites Andrew Norman and Anna Thorvaldsdottir as among the exciting, emergent composers of a new generation. Zinman stresses the importance of performing new compositions, but he also urges caution.

“It’s very hard to sell tickets for new music, still,” he says. “I mean, there is a new-music audience, but it’s always very small, and to make it work financially is very tricky. When I first got to Baltimore, and here as well,” he says, “I could put homeopathic doses of contemporary music in, and I made it my job to do that. And as long as the audience felt that I was picking good music for them, then it was successful. But you can’t overload. Overloading is a very difficult thing. You have to be very canny and shrewd about the pieces you choose.”