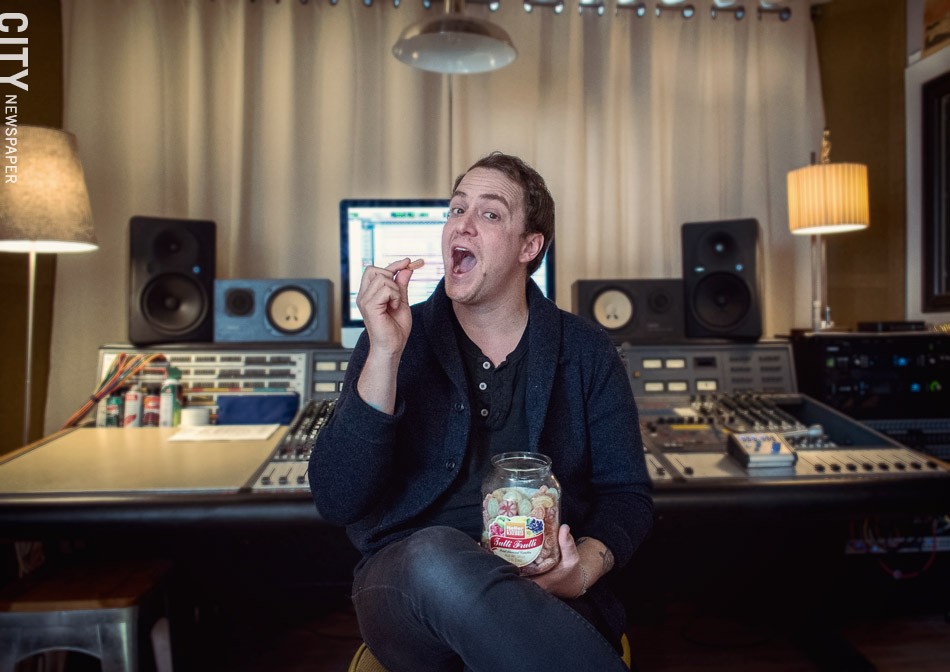 1809 Studios and its owner Dave Drago are celebrating the recording hub’s five-year anniversary this month. For half a decade, 1809 Studios in Macedon has been the destination for national indie musicians such as Matt Pond PA, David Wax Museum and Seán Barna, as well as some of Rochester’s most prominent singer-songwriters — Mikaela Davis, Ben Morey, Jackson Cavalier, and Jon Lewis among them. Drago's mission has been to create a comfortable, welcoming studio that delivers Los Angeles-quality recordings at Western New York prices. In addition to running 1809 Studios, serving as both producer and engineer, Drago has also recently become involved in the development of a new concert series at Point of the Bluff Vineyards on Keuka Lake.

Drago always had a knack for recording, using cassette tapes to document his brother's band practices as a child. But it wasn't until after his first round of college and meeting his long-time collaborator and current partner at the Point of the Bluff concert series, Jake Rodenhouse, that Drago realized his aptitude behind the sound desk. He began visiting Rodenhouse’s home to use his mobile recording equipment. From 2002 to 2004, Drago then went to study recording, along with Rodenhouse, at Finger Lakes Community College.

“I was not the best learner at that point in my life, but I knew that I was really into recording,” Drago told CITY in a recent phone interview. “I was thinking, I don't know if I'm gonna learn the things that I need to learn here.”

He and Rodenhouse decided to open a recording studio in Canandaigua, where Drago further developed his musical sensibilities, and his affinity for engineering and producing flourished.

After two successful years of running the studio with Rodenhouse, both decided to move west in 2004 to pursue other endeavors. Moving to Los Angeles in 2009, Drago met his wife, Caitlin, who was also from Upstate New York. When asked why they ended up back in the Rochester area, Caitlin said in a recent phone interview: "I was at a place where, professionally, I wasn't doing as much of the artistic stuff that I love,” she says. “I was out there for seven years, so I was ready to do something else, see what the next chapter had to hold, and Dave had always had this dream of owning a recording studio.”

With a glut of quality recording studios in Los Angeles and the high costs of running a business there, they decided to move back home in 2012, where the affordability was more conducive to risk-taking in pursuit of their professional goals.

The Dragos chose the former Canalside Tavern, in Macedon, as their new home and studio-to-be because of its solid structure, relaxing surroundings, and cost-effective potential. With some serious elbow grease and the help of a close team of friends and family, the Dragos spent a year and a half gutting and renovating 1809 Studios before opening it in 2014. The studio offers living accommodations and sleeping quarters, as well as a plethora of modern and classic equipment — including a state-of-the-art, vintage '82 series NEVE recording console.

Drago said he feels as though his experiment to provide a cost-effective, professional recording in a casual setting has come to fruition. He admits he hasn’t figured out all the details regarding 1809's future. "I'm not that calculating,” he said, “but I'm always trying to figure out more efficient, more convenient, more comfortable ways to make recording experiences work for bands. My intention has been to not come up with gimmicks, rather just always doing the work better, honing, fine-tuning the craft.”

Drago is self-critical by nature, but he works to translate that criticism into creative solutions in the studio. “It's all about the culmination of that knowledge and spirit of wanting to learn and be better, and if I can just focus my effort on that, then people will hear the studio," he said.

A new performance series, Concerts at Point of the Bluff, is the latest partnership between Drago and Rodenhouse. The series itself is a collaboration between Rodenhouse's family vineyard and The Rams Head Group, an organization of talent buyers based in Annapolis, Maryland. Drago currently serves as the music director for the Western New York series, pitching ideas for concerts and working one-on-one with venue staff, talent, and production teams on the day of the shows.

With a mission to show every patron an unforgettable event, the Concerts at Point of the Bluff series is held in an intimate, 450-capacity pavilion overlooking the west side of Keuka Lake. The series features national acts including Steve Earle & The Dukes ( July 20) and Langhorne Slim (October 5), as well as popular regional musicians like Danielle Ponder (who played there on May 4) and Giant Panda Guerilla Dub Squad (August 3). More information can be found at pointofthebluffvineyards.com/concerts.

"I believe my job is to be the hands of someone else's creation,” Drago said in a later interview via email. “I need to stay out of my own way so I can help to effectively communicate my clients' vision. When my clients want my fingerprint, I gladly apply it. But first and foremost, it is my job to convert whatever ideas are swirling around in someone's mind and heart to a recording."