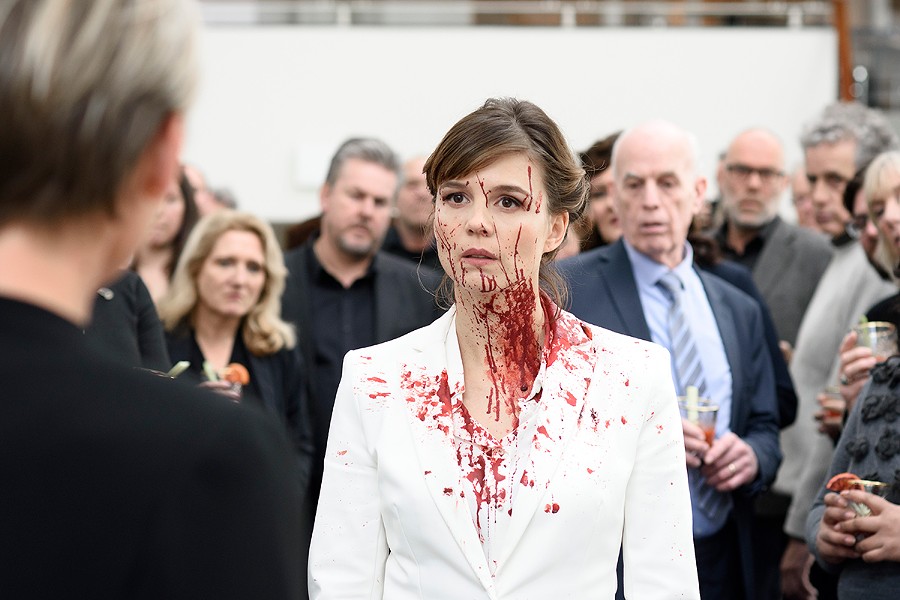 Anyone who remembers Rebecca Black’s hit song “Friday” knows how cruel internet critics can be. When the song was released in 2011, trolls hit up YouTube comments, Twitter, Facebook, and Instagram to berate the singer with insults, jokes, and even death threats.

In the 2020 film “The Columnist,” the title character, Femke Boot (played by Katja Herbers), faces the same problem as Black. Femke, however, chooses a very different response to internet criticism of her newspaper columns.

The Dutch-language film from director Ivo van Aart follows Femke as she becomes a serial killer, taking out the men who post cruel comments on Twitter and Facebook. Some of Femke’s Twitter trolls call her a “fucking whore” or “dumb bitch.” Others make gruesome comments about burning her alive. Femke’s vengeful calling card has flair — after she kills, she cuts off the victim’s middle finger.


Femke, a divorced mom, finds a love interest in a fellow writer who uses the pseudonym Steven Death (Bram van der Kelen). Together, they co-parent Femke’s teenage daughter Anna (Claire Porro), and Femke successfully keeps her serial killer side from her partner and child. At one point, Steven catches her coming home late. She hides her blood-stained hands from him, and he assumes she was out having an affair. He has no idea a string of brutal murders are linked to his lover.

That freedom is vital, but how far does it extend? Should trolls who call for the brutal death of writers with whom they disagree be given the freedom to spout that hatred? These are questions to contemplate as Femke endures serious emotional turmoil from internet threats, and as her daughter challenges her school’s headmaster for the right to put up signs and share her thoughts and feelings throughout the school.

“The Columnist” is somewhat predictable, but overall, it’s a wildly entertaining film. The slapstick humor supplies laughs, and the relevant subject matter provokes thought on the status of freedom of speech in our modern age of social media.

"The Columnist" is available for online viewing through Sunday, Nov. 15. For more on this year's Anomaly films and ticket information, go to anomaly.eventive.org.

Sarah Connor is a member of the Goldring Arts Journalism and Communications program’s 2020-21 cohort at Syracuse University’s Newhouse School of Public Communications. Sarah is a music and film journalist who has written for The Stand, Pittsburgh City Paper, Pittsburgh Magazine, and The Pitt News.