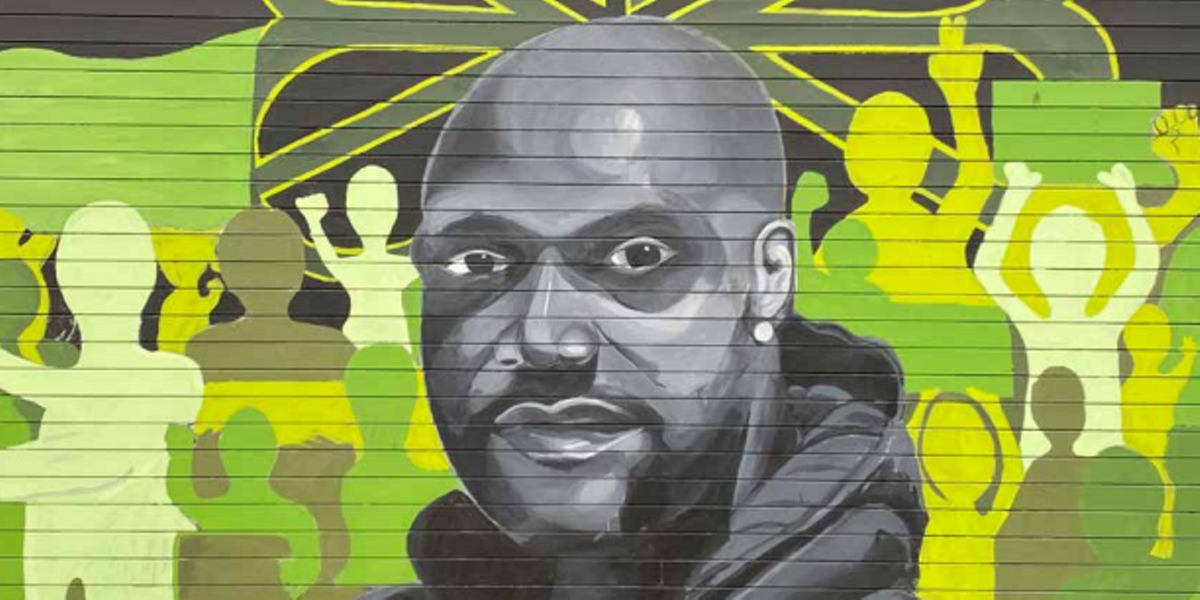 That day, lawyers for the family of Daniel Prude released police body-worn camera footage showing a naked Prude, in the midst of a mental health crisis, being restrained by police on Jefferson Avenue on a cold night in March. Three officers held him down using a three-person “segmenting” technique — one officer held his legs, another his back, and the third applied pressure to his head, which was encased in a mesh “spit bag.”

After a summer of nationwide social and racial justice demonstrations in response to the murder of George Floyd, fallout from the video’s release was swift.

The city erupted in protest. Mass demonstrations went almost around the clock and lasted for weeks. By the time they had dissipated, Police Chief La’Ron Singletary and the entirety of the Rochester Police Department’s upper brass had resigned. Attorney General Letitia James empaneled a grand jury to decide whether to indict the officers involved, which it would later decline to do. City Council opened an investigation into who knew what when.

Change was in the air, and the changes to come reverberate today.

THE BIRTH OF PIC

In October 2020, the city took its first swing at addressing how it responds to people suffering a mental health crisis, which many believed contributed to Prude’s death.

That month, the city created the Office of Crisis Intervention Services. Housed in the Department of Recreation and Human Services and helmed by Alia Henton-Williams, the office centralized the city’s different crisis units, including the Family Crisis Intervention Team (FACIT), a Homicide Response Team, and a Victims Assistance Unit.

Taking cues and administrative support from the Crisis Assistance Helping Out On The Streets (CAHOOTS) crisis response program in Eugene, Oregon, the city launched the Persons In Crisis (PIC) Team in January.

The pilot run of PIC was made up of a staff of 14 social workers who were to respond to mental health crises in tandem, or independently, of the Police Department. This year, city lawmakers added enough funding in the budget to add nine emergency response social workers and an emergency operations coordinator.

PIC responded to a total of 2,502 calls for service between January and July of this year, according to city data. In 1,088 of those calls, the person was moved to a hospital for mental health services. Only eight responses ended with an arrest, although police were on the scene in two-thirds of the cases.

A FINANCIAL INFUSION FOR THE PAB

Prude’s death and the ensuing pushes for social change laid the groundwork for the city granting a request from the fledgling Police Accountability Board for a $5 million annual budget. The funding marked a 13-fold increase from the previous year.

While not referring to Prude by name, in her 2022 budget presentation, Warren said she was funding the Police Accountability Board “to bring the highest level of accountability to the Police Department, and restore the public’s confidence.”

The PAB’s $5 million budget was an ambitious request made by now-suspended Executive Director Conor Dwyer Reynolds, who was appointed in November 2020. In the budget request, Reynolds referred to Rochester experiencing an “unprecedented crisis” of police misconduct. The state would that year kick in an additional $500,000.

The city this year maintained its funding for the PAB, albeit with the caveat that half of its allotment would be withheld for six months pending an evaluation of its performance metrics.

CUTS TO THE RPD

Calls for slashing the Police Department budget began well before knowledge of Prude’s death became public. In June 2020, as city lawmakers were hashing out the city’s spending plan amid widespread protests, activists demanded that the police budget be halved.

Councilmember Mary Lupien was the sole supporter, at the time, of such a cut.

That year, lawmakers voted to reduce spending on the RPD by 4.5 percent, including pulling $750,000 from police recruitment efforts and redirecting it toward a task force on racial equity.

The following year, the budget was reduced by another 4.7 percent, or $4.5 million, about $1.8 million of which was accounted for by moving animal services and family and victim services under the Department of Recreation and Human Services.

Since those budgetary changes took effect, police overtime costs have skyrocketed, nearly doubling over the course of three budget cycles to $11.8 million. Payroll, despite the budget cuts and a police force with dozens of vacancies in the ranks, increased by $3 million in that timeframe.

The extensive reliance on overtime has resulted in some officers racking up staggering work weeks of 90 hours on the clock, leading city and union officials alike to acknowledge the practice has safety implications for the community at large.

The police response to the thousands of people who took to the streets over the death of Prude was swift, and forceful. In the first weekend of protest, police fired 6,100 pepperballs, used 77 canisters of tear gas, and tossed 10 flash bangs. The Police Department amassed $1.4 million in overtime costs during September 2020 alone.

The department’s response was widely condemned by city leaders, prompting Mayor Lovely Warren to push a plan to shield protesters using “community elders” on the frontline of protests. The protest response also spawned a pile of lawsuits against the city and department from protesters who claimed emotional damage and physical injury. Those lawsuits are ongoing.

A long term change in policy didn’t come until 2022. In April, Mayor Malik Evans and Chief David Smith announced a plan to reform the department’s response to protests. The general order for the department was released in July.

The order includes sweeping changes to what force officers are allowed to use, and when. For example, pepperball launchers are no longer allowed to be used to clear crowds, tear gas has been banned, and use of the Long-Range Acoustical Device (LRAD), colloquially known as the “sound cannon,” has been limited to announcement purposes.

A CONGRESSIONAL CANDIDATE IS BORN 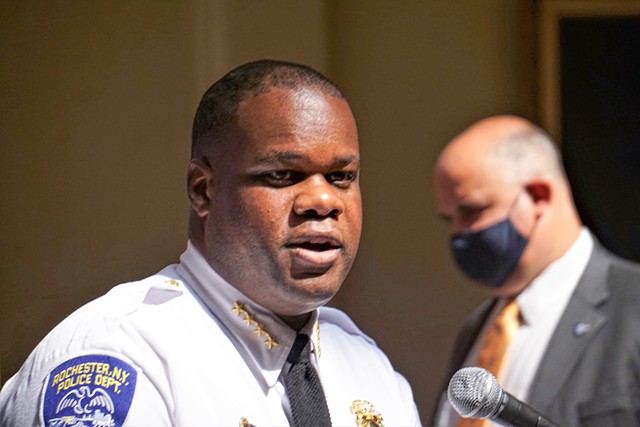 Singletary, the police chief then just a year into his job, found himself at the center of the Prude firestorm.

The mayor accused Singletary of downplaying the circumstances of Prude’s death to her and said she had only learned of the full scope of the issue upon seeing the video months later. Singletary remained silent until after the video’s release, stating it had “never occurred to him” that Prude’s death was something of public interest.

Following the video’s public release, Warren and Singletary fell into a public feud. On Sept. 8, 2020, Barely a week into the unrest, Singletary resigned as chief, alongside much of the department’s leadership. A few days later, Warren made a show of “firing” Singletary before he was to step down.

Singletary filed a notice of claim against the city in December of that year, claiming Warren had told him to lie about what she knew about Prude’s death to support her public narrative, as well as defaming his character and fostering a hostile work environment. A formal lawsuit was filed in September 2021, in which Singletary sought $1.5 million in damages. The city settled in February 2022, awarding Singletary $75,000 and his full health benefits package.

Given Singletary was over 20 years on the job, his pension was safe. He currently receives about $6,000 per month.

He has positioned himself as a pro-law enforcement candidate who defends the Second Amendment, champions secure borders, and would limit federal spending..