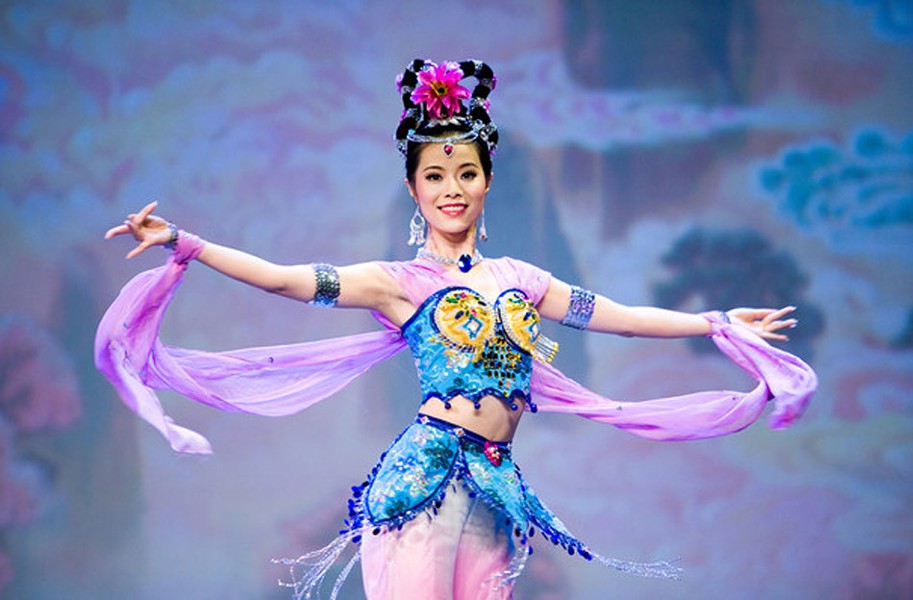 The dance and music company Shen Yun cultivates 5,000 years of Chinese culture for live performances around the world. The non-profit organization brings ancient Chinese tales and stories to life using classical dances, backdrops, traditional costumes, and a live orchestra. In this performance Shen Yun recreates the Land of the Divine, or "Shen Zhou," of ancient China where mortals and gods were believed to coexist. Because of traditional views that are not embraced by China's communist government, Shen Yun does not perform in China.