Racqueab Overton has the body of a big cat: compact, quick, and powerful. When the 20 year old dances, his shoulders roll and start a wave that reverberates through his arms and continues down into his torso as if he were possessed by an alien creature.

After Overton finished performing at a recent Battle for the ROC dance event, a group of about 20 fellow dancers took off their shoes and tossed them at him in a show of respect: the street-dance version of roses. This is the Adams Street recreation center, after all, not Carnegie Hall. And Overton is one of Rochester's most admired street dancers.

"Dance is my passion," he says. "It's like taking on another life for me and dancing makes people happy."

Slideshow Battle for the ROC 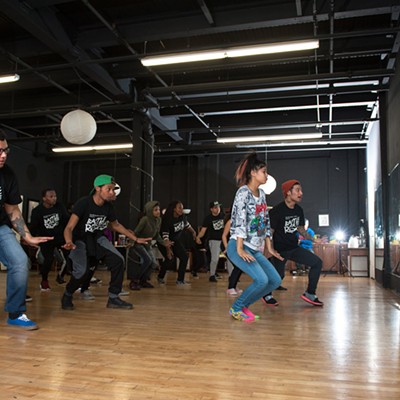 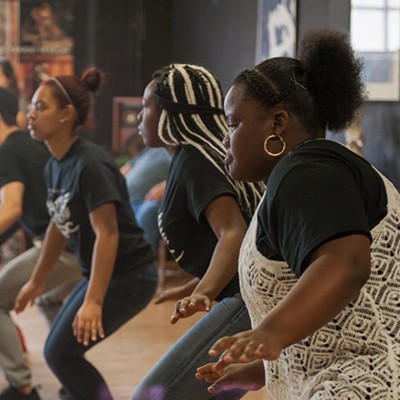 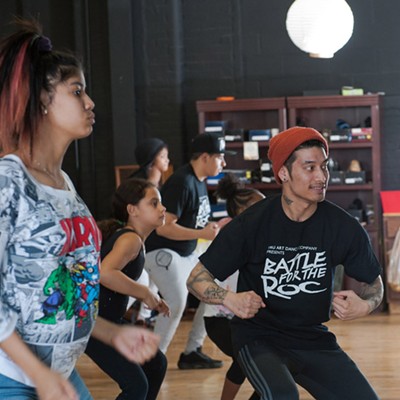 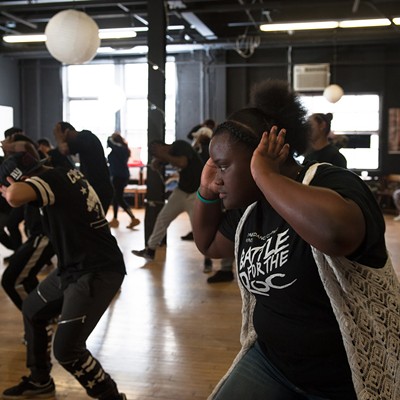 Battle for the ROC is a spinoff of TRU ART Dance Company, both led by artistic director Jayme Bermudez. What started as a random dance class quickly evolved into a studio that serves Rochester youth ages 13 to 25. Youth can come to the TRU ART Dance Factory at 215 Tremont Street on Mondays, Tuesdays, and Fridays from 4:30 p.m. to 6:30 p.m. for free community dance classes. 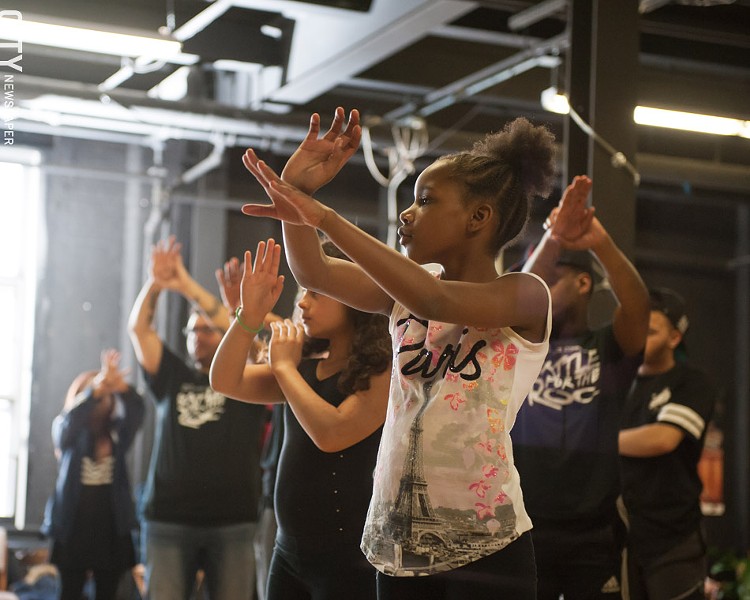 Battle for the ROC is a street dance competition that TRU ART holds at city recreation centers on Thursdays from 6 p.m. to 8 p.m. The events rotate between the different rec centers throughout the city so young people in all neighborhoods can easily attend.

The youth who participate in Battle for the Roc are often at risk of dropping out of school or graduating late with little direction, Bermudez says. And the dancing helps them develop their self-esteem, encourages their creativity, and lets them compete in a nonaggressive way, he says.

Bermudez worked as a youth advocate with the Ibero-American Action League until funding for the program ran out about a year ago. He says that he "lost" five young people during his time at Ibero, mostly due to neighborhood violence. Going to five funerals in a year motivated him to do something, he says.

"I had this vision for a safe place where young people can come and sweat it out and leave all of their frustrations and worries on the floor," Bermudez says. "Dance is about having fun through movement. They can compete and this gets serious, but it's about respecting each person's talent."

Bermudez specializes in Latin ballroom dancing, but students can come to the Dance Factory and learn a little bit of everything from jazz to modern dance, he says.

Street dancing is a natural and nonprofessional style that evolved in mostly urban communities in places as far flung as Europe, Australia, South Korea, and in the dance halls of Jamaica. In the US, street dancing has its roots in urban hip-hop music. Rolling, popping, clogging, b-boying, and twerking have become part of the street dance vocabulary.

Though popularized though TV programs such as "So You Think You Can Dance" and websites such as YouTube, street dance remains a nonconforming and highly personalized art form.

Dance and music appeal to many youth, but dance is often not offered in school or at recreation centers, where other art forms or sports activities dominate programming, says Isaac Bliss, area coordinator for the city's Department of Recreation and Youth Services.

"This is truly different because some of these kids are really shy and it's great to see them come out of that and express themselves," he says.

And even though the dancers often have talent and drive, they frequently come from households that lack resources, Bermudez says.

"Afterschool dance classes are just literally unaffordable for our families," he says.

Though TRU ART is supported by Young Audiences of Rochester, a nonprofit that specializes in providing arts education to area youth, funding is a constant concern. Bermudez hopes that grants will allow him to continue to grow TRU ART, and for it to eventually become a youth-run organization, he says. Area youth would be able to develop their creative talents as well as their business and personal management skills, he says.

"This is really about education, because if you want to dance here you have to stay in school and graduate to be part of this," Bermudez says. "We all love to dance, and that's great, but there's accountability and personal responsibility here, too. I'm not teaching you to dance; I'm really teaching you life skills."