DANCE: On their toes

Photo by Tim Leverett Rochester City Ballet will perform new works this winter with "Incantation," and revisit the classic "Cinderella" next spring. 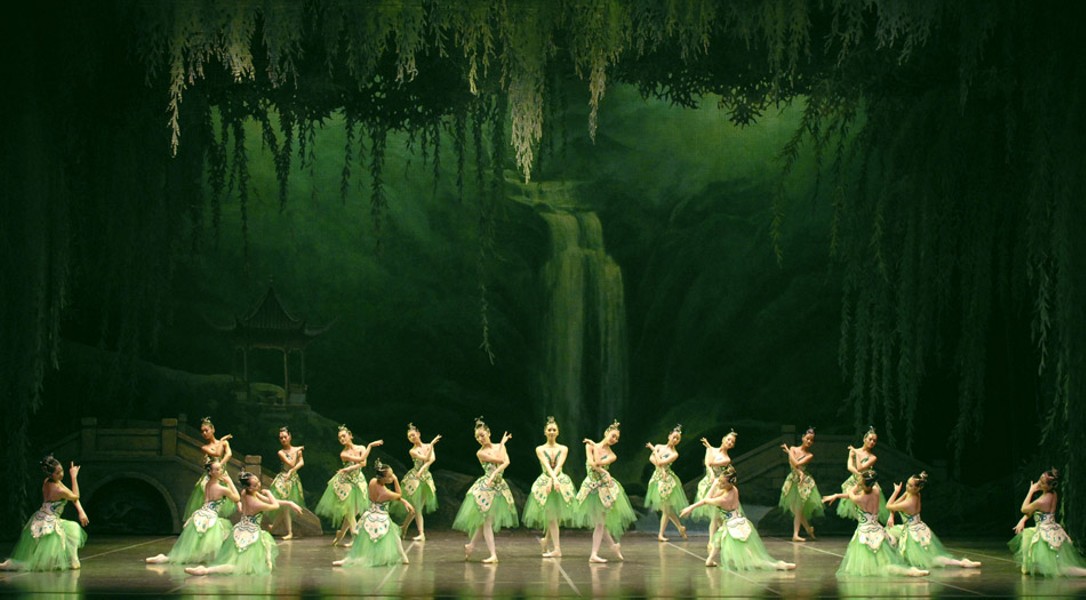 You can't discuss the dance year in Rochester without bringing up Garth Fagan Dance, now in its 43rd year. Most locals — at least those with an interest in the arts — know about this powerhouse troupe, but, then again, the name should trip automatically off the tongue of anyone citing Rochester as their home town. The dancers are that good. New York City talent six hours north.

Fagan is probably best known for choreographing Broadway's "The Lion King," which earned him a Tony, but he was fusing ballet, contemporary, and African dance styles with elegance and aplomb back in the 70's, forging a new movement vocabulary in contemporary dance. His dancers are relentless in their drive, accomplishing athletic feats of movement (higher! faster!) and dancing seamlessly within the confines of intricate rhythmic patterns.

Fagan has been commended for not dismissing aging dancers, but, rather, embracing the depth and insight their maturity can bring to performances. One of his original dancers, Steve Humphrey, is now in his 60s and still performs regularly; that is almost unheard of in the dance world. And Humphrey's still got it. Whatever he has for breakfast every morning, I want to start eating.

Norwood "PJ" Pennewell has 34 years with Fagan under his belt and has recently begun choreographing for the company, a privilege that was, until Pennewell, bestowed upon nobody. I was impressed by the power of the Pennewell piece premiered by Garth Fagan Dance last autumn, and am looking forward to seeing his new work — his third for the company — this fall at the company's annual "home season" at Nazareth College Arts Center (4245 East Ave., artscenter.naz.edu).

The new piece is set to compositions by Aphex Twin, Yo-Yo Ma, Coleridge-Taylor Perkinson, and Felix Laband. "I'm not trying to make any broad statements. I'm still in the process of learning how to tell a story," Pennewell says. "I'm focusing on craft. I start with movement 'swatches' I have in my head and tailor those to complement individual dancers."

Not to worry; there is also a new Fagan piece promised for the group's upcoming Rochester performance. A major revival, "Easter Freeway Processional" (1983), set to music by Philip Glass, will be included in the December program, as well as parts of Fagan's 2012 premiere piece "Prelude, Light House Lightning Rod," and the older "Senku." (For more information on Garth Fagan Dance visit garthfagandance.org.)

A bit earlier in the season, Nazareth College Arts Center brings us the Shanghai Ballet presenting one of its signature works, "The Butterfly Lovers." This is a no-holds-barred production featuring full corps de ballet, lavish costumes, and a tale of tragic love. There will be one show only, on Friday, November 15, at 8 p.m., so put this on your calendar now. Catch the pre-performance lecture at 7 p.m. for added insight.

In the spring, on March 8, Pilobolus, the non-traditional performance group that incorporates gymnastics, creative improv, extreme movement, and expressive wit into each performance, comes to the Arts Center. Finally, in May, the Nazareth College Arts Center Dance Festival returns after a one-year hiatus, and now scheduled a few months earlier. At the center of the festival will again be the acrobatic and theatrical contemporary company LehrerDance presenting "Kaleidescopika (The Art of Unfolding)" with accompaniment by Cordis Quartet. Successful festival elements including discussions with choreographers and dancers, master classes, and the popular "Dancing on the Grass" outdoor performances will be back as well. More information will be posted at artscenter.naz.edu prior to the festival.

On to ballet. Rochester City Ballet's Artistic Director, Jamey Leverett, has a gift for infusing elements of edgy freedom into the gorgeous strictures of classical dance. Her choreography got the company to the prestigious Jacob's Pillow dance festival this summer. Your chance to see her newest work comes this winter when the company presents Leverett's "Incantation" at Nazareth College Arts Center on January 31 and February 1. Eastman School of Music professor and renowned double bassist James VanDemark will perform on stage alongside the company to a score composed by Adrienne Elisha.

Then, in the spring, RCB sinks its teeth into a good, old-fashioned story-ballet with "Cinderella." This perennial favorite of the classical repertoire will afford the company ample opportunity to embrace the comedic character roles that the veterans of the company especially excel at portraying. I'm visualizing Adam Kittelberger in some choice part. Evil stepmother, perhaps? Plus elaborate sets and gorgeous costumes, of course. Think children through grandparents for this one. It shows May 17-18, again at Nazareth. (For more information on Rochester City Ballet visit rochestercityballet.com.)

William (Bill) Evans is a consummate performer, a master of rhythm tap, and a whiz at combining that style with modern dance in innovative and pleasing ways. Bill Evans Dance has been performing since 1975 and is much sought-after for concert bookings, touring extensively both nationally and internationally. Evans himself was named one of the top three tap dancers in the country by Dance Magazine not that many years ago. Devotees will be delighted that Evans, now in his early 70s, is planning a 40th anniversary show, "Many Moods of Contemporary Dance," this spring. The show — which will include new works — will be performed Sunday, April 13, at the Hochstein Performance Hall (50 N. Plymouth Ave.). Tickets will be available both online and at the door. For more information visit billevansdance.org.

I'm also looking forward to seeing what choreography Evans comes up with for the Tony Award-winning musical "Avenue Q," which will be presented by SUNY Brockport students this fall. Evans has been a visiting artist professor at the College of Brockport since 2004. But, hmmm: will the puppets in this hilarious, adult-themed comedy be dancing, or only the people? In any case, it promises to be a fun-filled romp. Amanda Friou, in conjunction with Geva Theatre, will direct. The production hits the boards of the Tower Arts Center November 22-24 and again December 5-7. For more information visit brockport.edu/finearts.

Another student-based production I don't want to miss is Thomas Warfield's RIT/NTID Dance Company's "...and Melodies Unheard," the title of which, I'm guessing, makes reference to the fact that many of the dancers in this troupe are deaf or hard-of-hearing. Warfield describes the show as a multimedia dance performance combining ballet, hip-hop, jazz, and modern. It is a collaboration with the RIT Gaming Department and the RIT Orchestra and will include audience participatory opportunities.

Asked about the gaming connection ,Warfield told City, "I'm collaborating with faculty and students in the gaming department to develop apps and other digital technology to allow audience members to interact with the dance performance in real time." Intriguing. The show will be presented May 1-4 at the Panara Theatre on the RIT campus. For more information visit ntid.rit.edu/theatre.

Warfield is known throughout the Rochester artistic community as a Renaissance Man, a purveyor of many artistic talents. Besides dancing and choreographing, he has written plays, acted, sung opera, and more. His February production, "All One Voice," is produced by his own PeaceArt International, a global outreach not-for-profit organization using the arts and the creative process to foster world peace. The show will reach out to the audience through dance, song, art, and word. Dancers, musicians, artists, and poets representing different cultures, ethnicities, spiritual faiths, ages, abilities, and socio-economic backgrounds will come together in a free PeaceArt Community Celebration at Hochstein Performance Hall on February 2. For more information visit peaceart.org.