Creative types are usually at ease discussing the artistic process and where that process places them within the context of "the scene," but every artist I've ever interviewed has always shied away from speculating about his or her future importance to the art form. That is, until I met Brooklyn independent filmmaker Dan Sallitt, whose works are currently being given a retrospective called "Three Weekends with Dan Sallitt" at the George Eastman House's Dryden Theatre through Saturday, June 27, as part of its "Wild Boys of the Silver Screen" series.

Originally from Wilkes-Barre, Pennsylvania, Sallitt has made four feature films since 1986, three of which are being shown at the Dryden. While his works have been met favorably by critics -- who frequently acknowledge in his films an almost "European" style akin to the likes of Eric Rohmer and Maurice Pialat -- they have gone largely unseen by American audiences outside of New York City.

"I'm completely trying to get a piece of the film history action," Sallitt says. "It's really important to me that this great film legacy exists and that I'm constantly trying to renew it in myself and expand it in myself." 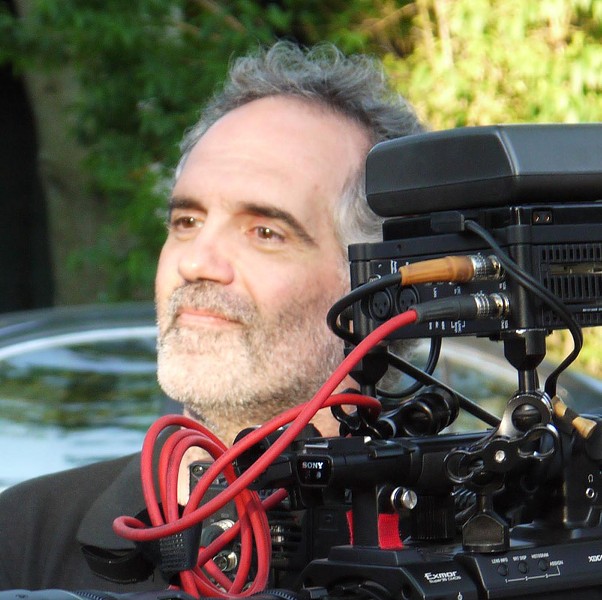 Indeed, Sallitt's latest film, "The Unspeakable Act" (2011) -- which saw its Rochester premiere at the Dryden on June 12 -- is not a work that film historians will be able to easily overlook. A story about teenager Jackie Kimball (played by Tallie Medel), who is hopelessly in love with her brother Matthew (Sky Hirschkron), "The Unspeakable Act" is actually less about incest itself than it is about how a person's individual reality can be so independent from and ultimately impossible within the larger reality of society.

"That was the last thing on my mind, and I would be horrified if anyone thought that I was making any kind of social commentary about incest," says the writer-director."It was furthest from my mind, completely ... Why I came to incest, why I liked to start with this idea of this sister who didn't want to let her brother out of her purview -- who knows? I can't honestly tell you that incest had nothing to do with that fantasy level in which a movie idea is born. But certainly when you develop this thing, you have a lot of other things on your mind. That's just kind of a starting point, and then you start playing and adding layers of detail and levels of interest."

Sallitt feels that the component of unrequited love in the film can resonate with audiences in a way his previous films have not. And yet the story isn't just about the lack of reciprocation in relationships. "The fact that Jackie's character has something about it that's quite alien to her social context is very important to me also," Sallitt says. "The character has something resistant to society's process of imposing norms on people. It was really fascinating to me and probably gave me a lot. And then the detailing of family life is so much fun that it made it texturally possible to take a feature out of an idea like this."

Sallitt is a thoughtful and painstakingly deliberate filmmaker, which is obvious not only from the measured pacing of the spoken dialogue -- peppered with recurring pregnant silences -- but also from the beautiful, somber framing of shots of Jackie and Matthew's house. I perceived the house to be almost like another character in the film, but Sallitt sees it differently.

"The way I would phrase it is less that the house was a character than the house was a projection of Jackie's personal, private legend -- her personal, private mythology projected out into this space which she has lived in all her life, which contains everything that she wanted, which seemed to her had such infinite variety that she was happy to spend her life there forever with her brother," he says.

The story of "The Unspeakable Act" is far from finished. Sallitt envisions two subsequent films, which he refers to as Parts Two and Three. In the meantime, however, the artist's current project is an as-of-yet untitled film he refers to as "Tallie/Kate," after the actresses for whom the two central characters were written: Tallie Medel and Kate Lyn Sheil, who had a small role in "The Unspeakable Act."

Sallitt likens "Tallie/Kate" to his filmic duet for two actresses, 2004's "All the Ships at Sea" -- which was screened at the Dryden on Friday, June 19 -- about a woman who goes to live with her sister after being kicked out of a cult. The film is "about a friendship between two women over a long period of time -- like maybe over a decade or so, although the amount of time is not going to be clear to the audience," Sallitt says.

"And one of those two characters is going through a decline due to mental illness or drug use or 'x.' We don't really ever find out for sure. And the other character, who's a childhood friend Medel, is standing by, helping when she can, getting repelled sometimes, keeping her distance. There's this long kind of dance between two people, one of whom is slowly moving beyond the pale."

Sallitt's explanation for casting Medel in this role is actually very telling of how he views the character of Jackie in "The Unspeakable Act": "Tallie is the stable one who keeps her shit together. And Tallie will always, in my films, be like that. I don't know why that is the case, but I'll always cast Tallie as the person who is dealing with reality very well ... it's my image of her and I'm stuck with it."

As a matter of principle, Sallitt refuses to place judgment on his characters. "It's so unattractive to me for a filmmaker to take a position above a character." The director's approach to characters can also be seen in a third screening on Friday, June 26, at 8 p.m.: "Honeymoon" portrays a couple after their recent wedding.