AIDS and the cowboy 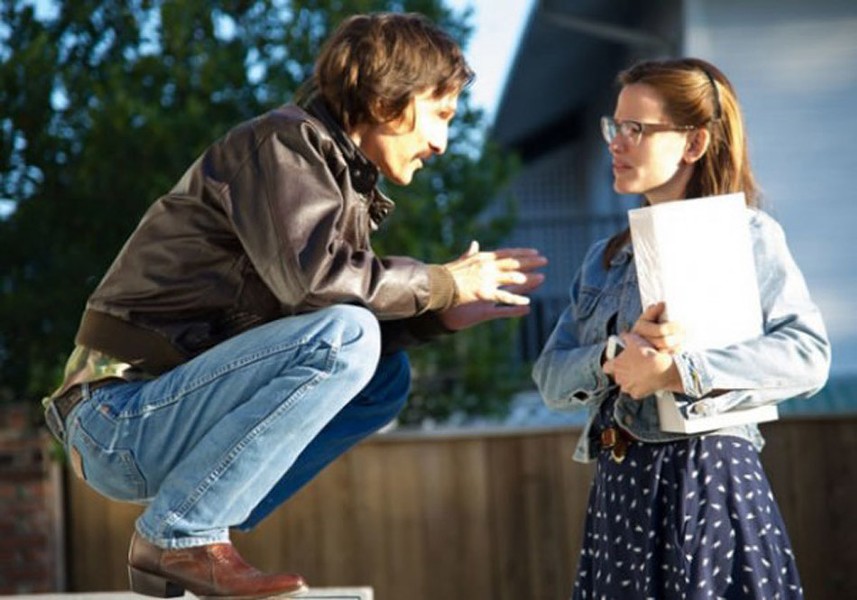 McConaughey plays Ron Woodroof, a good ol' Texas boy (like the actor) back in the 1980's, who works as an electrician and a part-time rodeo bull rider in Dallas. Ron is a hellraiser — he drinks a lot, snorts cocaine, gambles, and parties with his buddies and a number of attractive young women in his trailer (of course). When he suffers a serious electrical shock on the job, the doctors in the hospital inform him that his blood tests show that he has AIDS, that they believe his life span is 30 days, and helpfully suggest he put his affairs in order.

Woodroof naturally refuses to accept the diagnosis, checks himself out of the hospital, and sinks into denial, resuming his reckless, hard-partying ways. He cannot ignore the calendar, however, and as he weakens, starts visiting the library to conduct some research on this new, devastating disease. When he learns of a trial of a new drug, AZT, he manages to bribe an orderly to steal quantities for his own use, which lands him back in the hospital.

His theft of AZT underlines some of the important issues the picture raises, an inquiry into the practices of the medical community in general and into its treatment of AIDS in particular. One of the doctors who treats Ron, Eve Saks (Jennifer Garner), objects to the precipitous introduction of a new, untested medication simply to benefit the pharmaceutical companies and the doctors running the hospital. At the risk of her career, she argues strongly against the decisions of her colleagues and ultimately becomes Ron's friend and supporter.

Ron's research finally leads him on a desperate mission to Mexico, where a physician whose license has been revoked for his radical treatments in the States tells him of the danger of high doses of AZT and prescribes a regimen of herbal supplements and protein. That mission changes Ron's life and leads to his establishment of the club of the film's title. Ron embarks on a career of smuggling the supplements across the border, and inspired by newspaper stories of similar organizations, forms a "club," whose members pay dues but receive his medications free.

His Dallas Buyers Club opens up a whole new world to Ron and the gay transvestite Rayon (Jared Leto) who becomes his partner and eventually his friend. Hundreds of people line up outside his makeshift office to join, indicating the extent of both homosexuality and the terrible curse of AIDS in his own community. Searching for scientists who will supply him, he travels to Japan, Israel, and Holland, assuming other identities with the slickness of an experienced con man.

Instead of flashing those killer abs, Matthew McConaughey lost a great deal of weight for his role, beginning the movie as a skinny cowboy and growing more emaciated as his condition worsens; beyond the physical transformation, however, he convincingly plays a doped-up, hell-raising fool whose illness actually makes him a better man, eventually learning to accept and even love his gay friend. As Rayon, Jared Leto undergoes his own transformation, playing a most attractive, crossdressing homosexual, with wit, charm, and a good deal of pathos. Together, the actors accomplish one of the best dual performances of the year, a remarkable piece of work.

As a docudrama, the movie offers something of an indictment of all the entities that try to shut down the club — the medical community, the pharmaceutical industry, the Border Patrol, the FDA, even the IRS, indicating a kind of obtuse recalcitrance, mostly motivated by venality, in the refusal to accept any alternative approaches to the scourge of the disease. Ron Woodroof's efforts, along with those of sympathizers and determined fellow sufferers, helped bring about changes in the treatment of AIDS, lengthening and even saving lives.