218 RCSD teachers, administrators, and paras to get pink slips soon

December 04, 2019
In the coming days, 218 Rochester public school teachers, administrators, and paraprofessionals are expected to be laid off as part of a plan to bridge a $65 million budget gap, according to plans revealed Tuesday by Rochester City School District Superintendent Terry Dade.

“If we do not move forward with the staff reductions as soon as January we would pretty much assure ourselves and the community that we will overspend our existing budget this year so that’s a no go. So waiting for June is a non-negotiable,” Dade said. 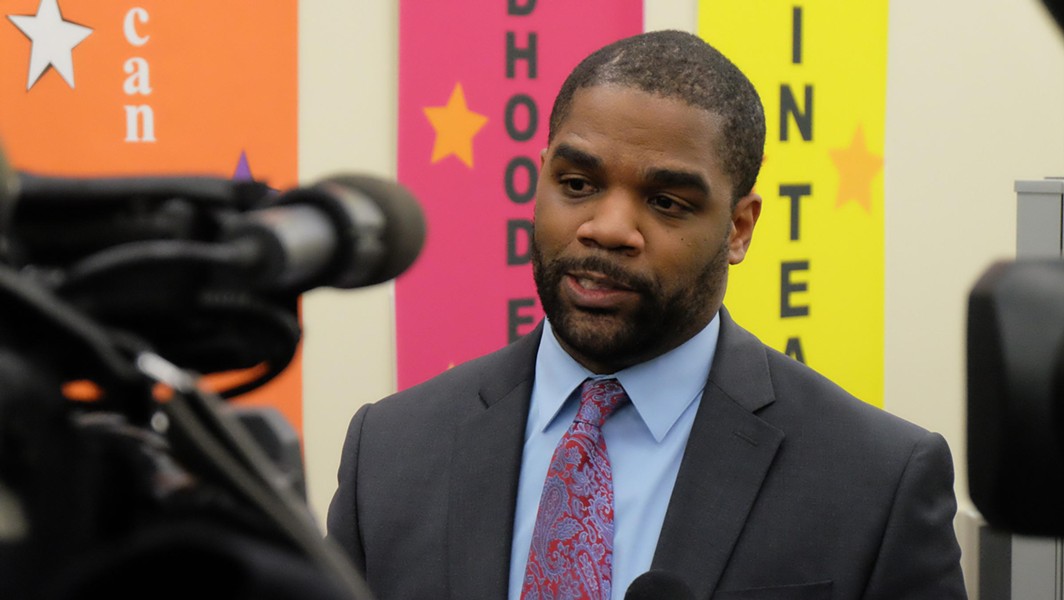 The number of layoffs is lower than the 287 positions originally projected to be cut due to what Dade referred to as a “creative” solution proposed by the union representing administrators.

The solution involved the union forgoing cashing-in on unused vacation time for its members for the remainder of the academic year. The move, Dade said, is anticipated to save about 10 jobs.

Dade said the job cuts are expected to bridge about half the deficit, and that other “costs controls,” program cuts, and at least $20 million from the state will address most of the remainder. He added that the number of layoffs was subject to change.

The district’s mid-year budget cuts were prompted in part by overspending on the previous year’s budget. The district’s former chief financial officer, Everton Sewell, told the Board of Education in May that the 2018-19 budget was on track to be balanced when it was not.

Sewell resigned in October and Dade has implied that Sewell and his finance team misled the board. The shortfall in the previous school year was found to be roughly $30 million.

Dade said Tuesday that he is open to more creative solutions from the district and its unions to save jobs. He also expressed frustration with claims by the teachers’ union that the cuts are overwhelmingly affecting teachers.

“This is not an example of balancing our budget on the backs of teachers and staff,” Dade said.

“There’s some messages out there that teachers aren’t going to be in front of kids and the like. There might be differences like some teachers being displaced...but our students will continue to have high quality instructors in front of them everyday," Dade said.

Under Dade's proposal, 152 staff members represented by the Rochester Teachers Association would be laid off, generating projected budgetary savings of $7.3 million.

The Rochester Teachers Association, which is the district's largest union, is mobilizing members to expressed displeasure for the cuts at a school board meeting Thursday night, as are other community groups.

In anticipation of the turnout for the meeting, the board is considering limiting public statements to two minutes per person, as opposed to the traditional three minutes. The board has already received 31 speaking requests, an abnormally high number.

Board President Van White cited steep challenges for the district, like educating children marred by high poverty rates, lead poisoning, and a growing number of students with special needs. He also mentioned the state’s failure to increase foundation aid to the district.

The state Alliance For Quality Education has said Rochester public schools receive about $86 million less from the state than it should.

“I don’t want us to feel so guilty about what happened that we’re not talking about what they’ve done to us," White said. "And I know some people are uncomfortable, they don’t want me to say that, but we need to say that. Our children have been neglected perhaps by us but by Albany.”

The Board of Education is expected to submit questions to Dade in writing over the next few days. The layoffs are subject to board approval on December 19th.

James Brown is a WXXI News reporter. WXXI is a media partner of CITY.

An earlier version of this story contained incorrect attribution for data on state funding provided to the Rochester district. The figure came from the Alliance for Quality Education. This story has been updated with the correct information.