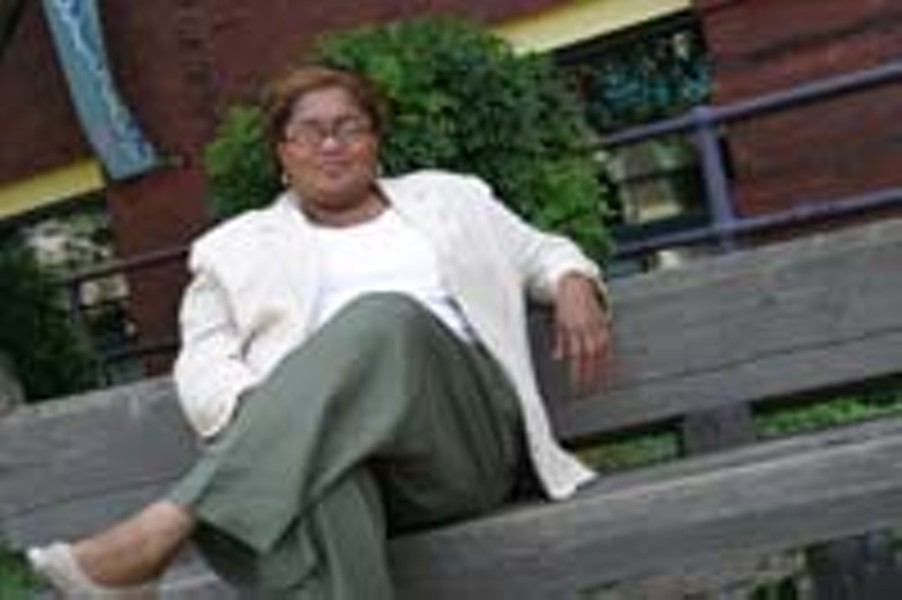 Cynthia Elliott's fed up. And she's not the only one, she says. A look at the Rochester City School district's graduation rates frustrates most parents and community leaders, she says. For Elliott, it was enough to get her into the race for a seat on the school board.

"I'm disappointed in the graduation rate of our students, and I'm so concerned because these kids are not going to be prepared for the current work environment," says the Assistant to the Executive Director at the Baden Street Settlement. "When you have an approximately 30-percent graduation rate, that's just unacceptable for today's economy. The Rochester area needs to have an educated workforce, a workforce that is also educable, and if we don't do that overall in this community, it's not going to be the community that we've known that has thrived, that has flourished economically."

The school could be an important catalyst for positive change in Rochester, Elliott believes: "I want to see our children and our families thrive. I want to see them contribute positively to this community," she says. Instead, she says, many wind up as statistics, victims of teen pregnancy, drugs, crime or gang violence. "That's a lot of wasted talent that our community could benefit from and I think that in some way --- and I don't have all the answers --- our school system has failed the 70 percent. I want to be able to participate in the solutions."

Elliott points to her experience with organizational management and staff development as a strength that would allow her to "help frame policies that would help to make efficient some of the systems." She also says her current job gives her an advantage "in terms of my ability to work with the population --- the same population that the school district works with, and I've had success with that. Baden Street has had success."

Though Elliott says she's reluctant to criticize the school board, she does take issue with some of its actions.

"I think that the board has to take more of an aggressive approach in assuring the community that it's doing all that it can do in terms of student achievement and graduation rates," she says. "If they're not doing it, they need to say 'It's not getting done and we need some help and some outside support in order to help us get that done.'"

And while Elliott applauds a recent call for an audit of the district's finances by the state comptroller's office, she doesn't think that's enough. "Something is awry in there and it doesn't seem that the board or the administration themselves can solve those issues," she says. "So maybe a collaboration --- community, the churches, community-based organizations, other government entities and the business community can help to do that."

Elliott describes such an effort --- one of several fixes she proposes for the district --- as "a global process." "It just can't be piecemeal. I think you have to have community-based organizations that have actually had success in providing services to this population," she says.

On paper, Elliott says, the district has good plans and a good mission statement, but something's keeping that from being put into practice. She hopes an independent task force will help the district discover why that's happening: "That's going to require an outside panel in order to understand that," she says. "I'm not sure because I'm not in the system. I just know something needs to be done. Once we identify what that is then we need to do it."

Like her opponent, Elliott identifies poverty as a primary obstacle to education in Rochester. "When you are having financial issues its very difficult for a family to be as supportive of their children's academic achievement as they perhaps should be," she says. But that's no excuse for accepting poor performance, Elliott says. "Poverty's not going to go away in this community, but we still need to be responsible as the leaders of this community to be aggressive in trying to put systems in place that will help students overcome those issues of poverty, so that they can achieve academically."

And despite poverty in the district, she says more money isn't necessarily the answer. "Money in and of itself is not the issue," she says. "If the district needs more money, I'm sure the district won't have a problem in lobbying it from the city or lobbying it from the state." Money hasn't come recently, she says, because "the community just does not feel confident that [the district] is utilizing its resources in as efficient a manner as it could, based on some of the decisions that it's made in the past."

Elliott says poor performance is also hampering the district's credibility. "That's what I've been hearing in this community: 'How can we ask for all this money and our children are not graduating?'" she says.

Elliott also charges that the district hasn't done enough to involve parents. Some parents, she says "have not been embraced by the district, by teachers. And that shouldn't be." Parental involvement is the key weapon in fighting high dropout rates, she claims, and a place where the district can't afford to fail. "We have to have parent involvement," she says. "We have to make sure the parents are persuaded that education is the equal opportunity for success in life."

Registered Democrats living in the Rochester City School District can vote in the school board seat primary election between Garcia and Elliott at their usual polling places between noon and 9 p.m. September 14. Info: Monroe County Board of Elections, 428-4550.