All-access festival passes $65 for members of The Little and Roc Doc Group; $80 for non-members.

How the first year of the One Take Film Festival, a new Rochester festival celebrating the art of the documentary, came together

Documentary films are hot right now. While nonfiction filmmaking has been around as long as cinema itself, it's typically taken a backseat to narrative storytelling when it comes to audience popularity. For many, the word "documentary" creates a feeling of being asked to complete homework; it promises a film that will take effort to engage with, and that can be a turnoff to people looking for simple entertainment. But the tide has gradually turned, and audiences have finally come around to the fact that nonfiction filmmaking can be just as entertaining, exciting, inspiring, scary, and funny as any narrative feature.

The reason behind this shift might be attributed to the rise of digital filmmaking, bringing with it easier access to quality cameras and editing software, putting the essential tools in the hands of more filmmakers and widening the breadth of stories these artists are able to capture. Or maybe the ridiculousness of real life has finally caught up to whatever our imaginations can possibly come up with. No matter the reason, documentaries have benefitted, and that's cause for celebration.

As the interest in nonfiction films has grown, so too has the popularity of The Little Theatre's monthly One Take Documentary Series, which first started back in 2012. And as the audience has increased, the series seems ready for its next evolution: the One Take Film Festival. Scheduled for May 18 through May 21, the festival promises a four-day "jubilee of education, art, music, food, empowerment, and film." 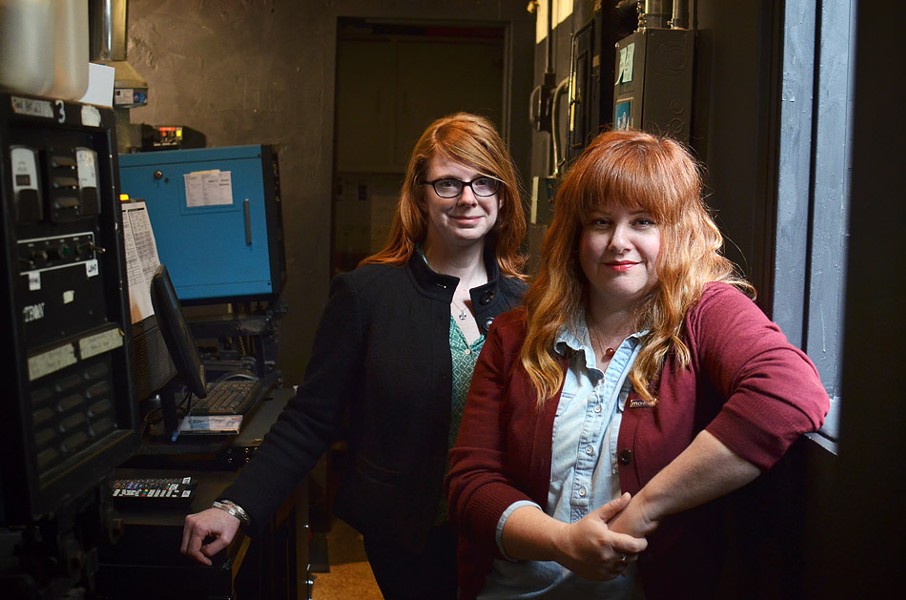 One Take Film Festival Director Linda Moroney thinks the time couldn't be better for a local festival dedicated to celebrating nonfiction films. "I believe documentary filmmaking is the most exciting aspect of cinema currently," she says. "It educates, engages, empowers, but it's also fun, thrilling, and pushes boundaries in terms of content and form itself."

Moroney, along with The Little Artistic Director Bri Merkel were the ones who took up the task of shepherding the One Take Film Festival to the finish line of its inaugural year. Mounting a film festival is no small feat, and though One Take has had a relatively smooth birth in the grand scheme of things, coordinating the festival has been a year-long process requiring meticulous logistical planning.

The festival benefits from having a built-in venue in The Little and — due to their corporate affiliation — the backing of WXXI. Moroney also draws upon her years of experience as an independent filmmaker, during which time she's been able to develop relationships with other filmmakers as well as build up festival contacts (she's also the producer for festival selection "The Last Dalai Lama?," directed by Mickey Lemle). But all those resources mean nothing if you don't get the crowds, and movie audiences are notoriously fickle beasts.

Additional funding and word-of-mouth was generated by "Film to Table," an event held in February at Good Luck Restaurant, which kicked off ticket sales while bringing in film lovers to partake in a selection of short films paired with tasty, thematically-related food courses.

Naturally, the most critical component of any film festival is the lineup of movies. Programming a film festival takes a tricky sort of alchemy: you've got to find quality films and consider which stories will resonate most with your audience. There's also the question of which films might forgo the festival circuit and opt for a traditional theatrical run. Due to the increased popularity of on demand and streaming services, a film's period for distribution has significantly condensed. The changing face of film distribution can be a blessing and a curse. "It's heartbreaking when you fall in love with a film, but their festival window doesn't line up with yours," Moroney says. "Luckily One Take is also a year-round film series, so we have other opportunities to bring those much loved films to Rochester at a later date."

Programming can often be daunting, but the process of deciding which films made the cut was streamlined by Merkel and Moroney's longstanding working relationship and similar movie tastes. "We both have really strong opinions, but luckily they match up most of the time," says Merkel.

The duties of a programmer also include scouting films at other festivals throughout the year. Separately, the pair traveled to the Sundance Film Festival and True/False Festival in Columbia, Missouri; trips which allowed them to discover a number of films that ended up in their lineup. "At the beginning of the programing process you worry about finding great films, but then like magic, they start falling out of the ether," says Moroney. It was on the festival circuit that they discovered "Unrest," an emotional, intensely personal doc from Jennifer Brea about her battle with Chronic Fatigue Syndrome. The film was nominated for the Grand Jury Prize at Sundance and took home a Special Jury Prize for editing.

The One Take festival lineup incorporates a cross-section of documentary filmmaking styles, from vérité to investigative pieces, personal narratives, historical chronicles, and even purely stylistic exercises like "Brimstone & Glory," a stunning-looking film that documents a week-long firework festival in Tultepec, Mexico. This diversity of form wasn't a deliberate decision, and arose more as a result of which films happened to be making the rounds.

They were also conscious of keeping the festival to a manageable size, both for their own sanity during planning and to ensure that the schedule not become too daunting for attendees. "We're intentionally starting small, so we can do it well and then grow from there. It's been very important to us to have strong programming and cultivate relationships with filmmakers," Moroney explains.

That relationship includes inviting filmmakers to attend the festival along with their films, and that aspect is part of what makes the festival experience such a unique one. "It gets a little stressful when you send out the invites, because there suddenly are tons of different conversations and moving parts and plans to make," Merkel says, "but it's also the most exciting part, especially when you can lock a filmmaker to come." Though it often takes some complicated coordination, filmmaker presence brings festival-goers the ability to interact with them, asking questions and gaining a deeper appreciation for a director's work.

OTFF's featured guest will be filmmaker Steve James, who'll be honored with the festival's first Double Take Vanguard Award, which celebrates an artist's body of work by screening one of their past films alongside a contemporary project. The festival will screen his highly influential documentary feature, "Hoop Dreams" (named by the International Documentary Association as the greatest documentary of all time), as well as his latest film, "Abacus: Small Enough to Jail," which follows the small, family-run bank that became the only company to be criminally indicted during the mortgage crisis of 2008.

Adding to the atmosphere will be a VR Garden — curated by Frameless Labs and the MAGIC Center at Rochester Institute of Technology — featuring immersive 360/VR/AR documentary content. Features like the VR Garden allow the festival to highlight the technology that's currently pushing the boundaries of filmic storytelling, and suggesting where the form might be headed in the future. Furthering the local connection, One Take will also be screening a program of short films taken from submissions by area filmmakers. 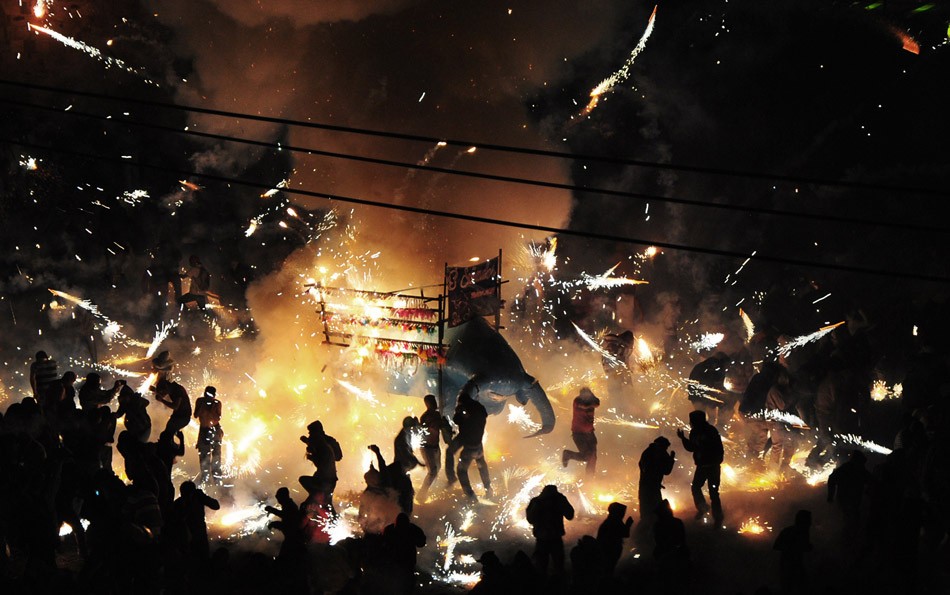 We're in the age of alternative facts, and the current administration's antagonism toward the arts and sciences means the role documentaries can play in educating the public is of even greater value. "I'm thinking people are going to be searching out more truth, and isn't that what 'documentary' is? More truth, more authenticity, and more realism," Moroney says. This idea is reflected in activist docs like "Whose Streets?" which shines a spotlight on the riots in Ferguson and the global movement sparked by the death of Michael Brown.

"These are all human stories," Merkel adds, "and how many humans are being affected by what's going on in the political climate." This dedication to exploring universally-resonant stories on both a human-sized and global scale is something One Take will continue to strive toward going forward.

Merkel and Moroney are eager for audiences to experience the fruits of their labor, hoping that the One Take Film Festival will provide an opportunity for Rochester's film community to come together. It's that shared experience that really matters. "It's the moment that it becomes a community when everyone is making time to participate in this festival with strangers, friends, neighbors, and artists, and everyone feels like they're sharing something special," Merkel says.