New York has the reputation as the state where almost everything is expensive, including homeownership.

Property taxes are a major gripe for homeowners in Monroe County, who paid a median $4,245 in 2013, according to the Tax Foundation, which describes itself as a nonpartisan tax research group in Washington, D.C.

When compared with counties across the country, Monroe homeowners pay some of the highest taxes as a percentage of property value, the Tax Foundation says.

Enter Governor Andrew Cuomo and his proposal that every county in the state develop new cost-savings plans, which would be voted on by each county's residents in November. The proposal is part of his 2017-18 budget plan, which Cuomo will negotiate with legislative leaders over the next couple of months. The chief executives of New York's counties aren't sure whether the plans are required or optional, though.

But Cuomo revealed his push as a volley against local governments, which agitated many officials who say that the governor's ignoring the state's role in property taxes via so-called unfunded mandates. They're tired of the state sticking local governments with the bill on things such as state-required employee benefits and millions of dollars in Medicaid costs.

"Going forward, while we will continue to look for new opportunities to share services with our municipal partners, there must be a serious discussion about New York State taking responsibility for mandates," County Executive Cheryl Dinolfo said in a statement.

Cuomo — like many government, business, and community leaders across the state — sees local property taxes as an impediment to the state's economic growth. In his version, the state is doing its part to ease the burden on New Yorkers by limiting its spending and cutting income taxes. Local governments need to do more to get their own budgets under control, he says.

"It is about the duplication, size, and waste of local governments," Cuomo told reporters the night he released his budget. "You have over 10,000 local governments in the state of New York. And there is very little incentive or energy to find any sort of savings, any efficiencies, any anything."

But local government leaders across the state took the remarks personally. To them, Cuomo come across as an oblivious boss. 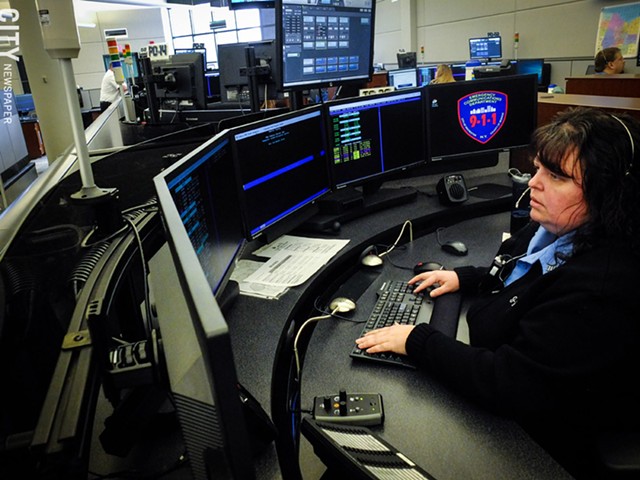 "For us it's very, very frustrating because it seems like every time you turn around, it seems like every time you're really working hard for your community, you've got the governor in Albany saying that you're not doing enough and you're not doing a good job," says Honeoye Falls Mayor Rick Milne. "And darn it, we are doing a good job. Can things get better? Sure they can get better. Do we try to get better? Sure."

Over in Greece, Supervisor Bill Reilich says his administration trimmed $1 million out of the town's $56 million budget during his four years in office. The savings aren't always attention-grabbing — having town's office dumpsters emptied once a week instead of twice saves $10,000 yearly — but they add up, Reilich says.

He says he's looking at every cost and he wishes Cuomo would do the same.

Cuomo has done this before. In 2014, he linked efficiency plans to a property tax rebate for homeowners. He gave the counties and local governments roughly a year to develop and start implementing the plans, which in turn made residents eligible for a property tax rebate. (The state has been slow to get the checks out, though.)

Monroe County put its plan together with broad participation from its local governments. That coalition had to come up with around $5.5 million in potential savings, but actually found $27.5 million.

The plan also looked back at local efficiency efforts that were already underway. The plan pegged efficiency savings at $60 million annually when the past efforts and proposed actions were taken into consideration.

Several towns got together in 2012 and formed the Finger Lakes Municipal Health Insurance Trust, which they figured would save individual towns between tens and hundreds of thousands of dollars annually.

The plan also laid out ways the local governments were already piggybacking on each other's equipment bids and their efforts to share equipment or staff. And it identified new efforts for that sort of cooperation.

Spencerport, Hilton, and Brockport joined together to buy a sewer camera, for example. Parma uses Greece's building inspector and Hilton's fire marshal. And the county bought a license for aerial photos and shares the information with towns, which would otherwise have to contract for the data on their own; the plan pegs countywide cost savings of the arrangement at $600,000 annually.

Cuomo, in his recent remarks about efficiencies, rattled off similar ideas. He suggested that local governments team up to buy police cars, purchase health care under one contract, and share offices.

The governor's office says that Monroe County has 624 local governments with a collective bounty of equipment and buildings.

But Cuomo's numbers are misleading; the county doesn't have 624 governments. Monroe has 20 school districts, 19 towns, 10 villages, one city, and the county government. It also has a slew of special taxing districts for lighting, sewers, fire services, and ambulance services — some of those are required by state law.

Some communities have ostensibly independent development agencies, and the county has some self-supporting, quasi-governmental authorities. One of them, the Monroe County Water Authority, has taken over public water systems across the county, making it an obvious example of consolidation and centralization.

The governments and agencies have plenty of other efficiency examples they can point to, too. The county's 911 call center — which the City of Rochester operates through a contract — is a go-to example for shared services. The center handles emergency calls and dispatching for police, fire, and ambulance agencies across the county. The county also owns and maintains the communications system that all of the departments use.

The county also operates a training facility for local police and fire departments and handles highway engineering for the City of Rochester. Town highway departments salt and plow county roads, which saves the county the expense of buying and maintaining plow trucks and paying workers to drive them.

After a fire decimated Irondequoit's public works building last December, destroying a chunk of the town's snowplow and sewer maintenance fleet, other local governments loaned the town some trucks. That bought Irondequoit officials time to develop a plan to replace the vehicles, which helped them limit emergency purchases.

The nonprofit organizations see merging as a chance to improve their ability to respond to calls and an opportunity to streamline some operations, particularly insurance billing. (Henrietta Ambulance will continue to have its own billing operation.)

The consolidation process has been complex, but relatively smooth, Murtagh says. The merger may not lower costs now, but will help keep them down over time, and will ensure the agencies' viability and vitality, he says. In January, the ambulance companies received 791 calls for service — only 18 were covered by other ambulance or emergency service agencies.

"Now we have access to more resources — more people, more staff as well — that can cover a larger district," Murtagh says. "It was kind of the same things you'd expect to see in the business world."

"Sometimes the biggest barrier to this activity is existing state laws," Morelle says.

Other leaders and residents have suggested combining some of the dozens of fire districts in the county, each with their own boards and taxing authority. Countywide police consolidation also comes up from time to time. But fire and police mergers tend to be unpopular with the public, so they often don't get very far.

The association and its members believe that school taxes and unfunded mandates need to be part of any discussion about local property taxes.

"If we're not talking about that level of taxation, then what the hell are we doing?" NYSAC executive director Stephen Acquario says.

Cuomo's proposal completely dodges the issue of school taxes; New York's debate over education funding is complex and reaches far beyond property taxes. But Acquario says the state needs to boost aid for school districts, which would ease tax burdens.

The state could also make a big difference in county taxes by changing its approach to two programs, both of which it's supposed to be responsible for: Medicaid and indigent defense.

Medicaid is a federal program that's run by states, but New York is unique in the amount of costs it passes down to counties. State lawmakers capped county Medicaid obligations a few years ago — a move that leaders across New York still praise.

But a full state takeover of Medicaid costs would have an even greater effect on county spending and taxes. It would save Monroe County $174 million in its 2017 budget, says county spokesperson Brett Walsh.

All states were required to provide attorneys for poor defendants in criminal cases after the Supreme Court's 1963 Gideon v. Wainwright decision. But New York delegated that responsibility to its counties.

The governor has his own indigent defense proposal in his 2017-18 budget. It would place new representation and caseload requirements on counties, but offers no commitment to fund the costs, Acquario says. In other words, it could end up being an even bigger expense, he says.

The state may actually be in a better position to fund services such as Medicaid and indigent defense; it draws revenue through income taxes which are spread across a broader base than local property taxes and are generally considered fairer.

But Cuomo and the Legislature have touted recent middle-class income tax cuts and would, in all likelihood, reject the idea of raising them again. Also likely: continued finger-pointing around local property taxes.

"The way the state operates is they keep pushing costs down to the local communities," says Greece's Reilich. "And then they turn around and say, 'Why are your costs going up?' Really, it's kind of frustrating, because it's like you're being accused for something that somebody else did."