Cuomo: vaccines could come as early as the weekend 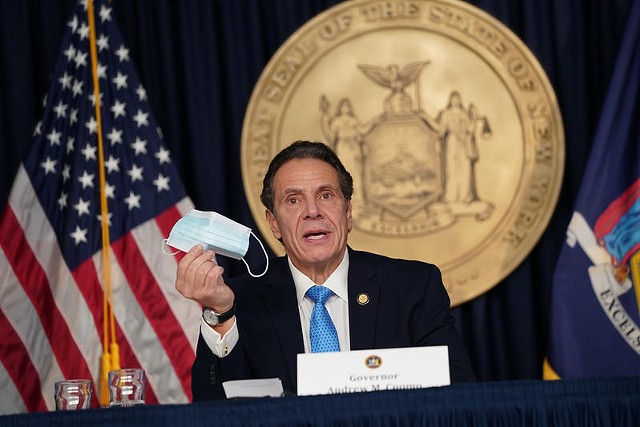 Governor Andrew Cuomo offered more details about New York’s COVID-19 vaccination program, saying he expects a state panel to approve the first round of shots by this Friday.

Cuomo says a state panel will still review the FDA’s expected approval of the Pfizer and Moderna vaccines on Friday, but he expects the 170,000 initial doses to be available as early as this weekend.

The state will prioritize heath care workers in high risk settings, like ICU’s and emergency rooms. The vaccines, some of which require super-cold storage, will be available at 90 hospitals and other faculties around the state equipped to keep them frozen at sub-zero temperatures.

Next on the list are nursing home residents and staff, and those who live at other congregant health care facilities.

The state has opted into a federal program in which pharmacies, including CVS and Walgreens, will administer the vaccines in nursing homes.

Cuomo says that could begin as early as Dec. 21.

“We do expect to have enough to cover all residents and all staff,” Cuomo said.

The governor says he remains concerned that the vaccine be equitably distributed to communities of color where the death rate from COVID-19 has been higher, and that he has been trying to convince the federal Health and Human Services agency to make a special effort.

“The fairness of the vaccine is paramount,” said Cuomo, who said African-Americans have died of the disease at two times the number of whites, and Latinos are one and a half times more likely to pass away from the coronavirus.

“We have to make sure that this nation understands that we can’t make the same mistake twice,” the governor said.

Cuomo says undocumented immigrants who receive a vaccine will not have to release any personal data that might trigger deportation. He says the CDC agreed that personal information, like Social Security numbers, are not needed from people who receive the vaccine.

The governor says the post-Thanksgiving surge in infections is resulting in higher rates of infection in recent days, and he says on Friday he will announce a new plan for restrictions to help contain the virus.