Cuomo turns the tables, attacks a critic of his COVID-19 nursing home policies 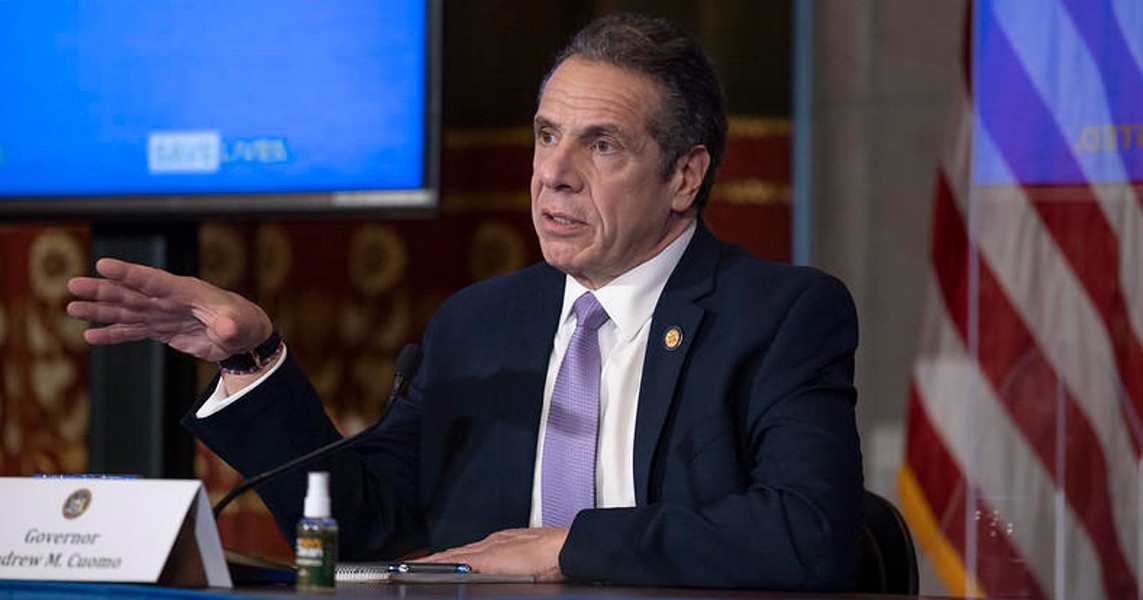 Cuomo has come under increasing fire for his administration’s decision to withhold for months the true number —15,000 —of nursing home residents and other older adults in long-term care who died of coronavirus. On Wednesday, in a phone briefing with reporters, the governor singled out Kim, a Queens Democrat, who had an uncle die of COVID-19 in April in a nursing home in Flushing, one of the areas hardest hit by the virus when New York was at the epicenter of the pandemic.

Cuomo said Kim’s attacks are really about a dispute the two had over the regulation of abuses in New York City nail salons several years ago. He accused Kim of a pay-to-play scheme, saying he took campaign contributions from nail salon owners who resisted the reforms.

"I do believe Ron Kim acted unethically, if not illegally," said Cuomo. "I do believe he has a continuing racket where he raises money from the owners of the salons who opposed the salon bill."

A published report at the time questioned Kim’s change of heart, when he opposed the reforms he had initially supported. No instances of wrongdoing were found.

Kim is the Assembly sponsor of a bill to strip Cuomo of his wide-ranging emergency powers, granted to him by the legislature at the start of the pandemic in March 2020.

He is among a growing number of bi-partisan legislators seeking an independent investigation on the suppression of nursing home death numbers. He penned a letter, along with nine other Democratic lawmakers, that accused the governor and his staff of obstructing justice. Cuomo’s chief of staff , Melissa DeRosa, said in a private meeting with Democratic lawmakers that they delayed answering legislators’ requests for the data because they "froze" following a federal Justice Department inquiry. The lawmakers also question whether there is relationship between campaign donations from for-profit nursing homes to Cuomo and his decision, early in the pandemic, to grant the homes immunity from prosecution for anything that might go wrong.

Cuomo said the charges are a "lie", and said he’s making his accusations against Assemblyman Kim because Kim attacked him first.

Cuomo also blamed former President Donald Trump, the New York Post, and Republican political operative Roger Stone, among others, of spreading conspiracy theories when a "void" was created by his administration’s delay in releasing the nursing home data.

Assemblyman Kim, in a statement, stood by the accusations, saying "the governor can smear me all he wants," but he said the nursing homes who donated $1.25 million to the governor’s campaigns benefited from Cuomo’s policies.

"These facts are not going way because they are the facts- unacceptable facts that hold him accountable,” Kim said in the statement.

Kim also told the New York Times, that in a private phone call with the governor on February 11, Cuomo promised to publicly "destroy" him if Kim did not cease his criticism on the nursing home controversy.

In a statement, Cuomo's senior advisor Rich Azzopardi called Kim "unscrupulous," and said it is the Assemblyman who is "lying." Azzopardi, who said he was present during the call with the Democratic lawmakers, said "at no time did anyone threaten to 'destroy' anyone with their 'wrath' nor engage in a 'coverup.' That's beyond the pale and is unfortunately part of a years-long pattern of lies by Mr. Kim against this administration”.

Assembly Speaker Carl Heastie, in a statement, did not take sides between the governor and Kim, who is a member of his majority conference. Heastie tried to make peace between the two Democrats, saying that "everyone involved needs to lower the temperature and work together" to move the state out of the pandemic.

The governor did announce that amusement parks and other family entertainment venues could be reopened on March 26 and that summer camps would be allowed to hold programs beginning in June. But when Cuomo was asked, in the briefing, when the ban on visitors at nursing homes might be lifted, State Health Commissioner Dr. Howard Zucker answered that nursing homes will remain off-limits for now, because residents are more at risk of death from the disease.

Zucker and other top aides to Cuomo blame, in part, the nursing home staff for the continued ban. They say only 49% of workers accepted the vaccination when it was offered through a recently concluded federal program, while 73% of residents agreed to receive the doses.

"I recognize it’s been very hard on the relatives of those who are in nursing homes," Zucker said. "And as soon as we feel it’s safe, we will move forward to the appropriate ways to get visitors there."