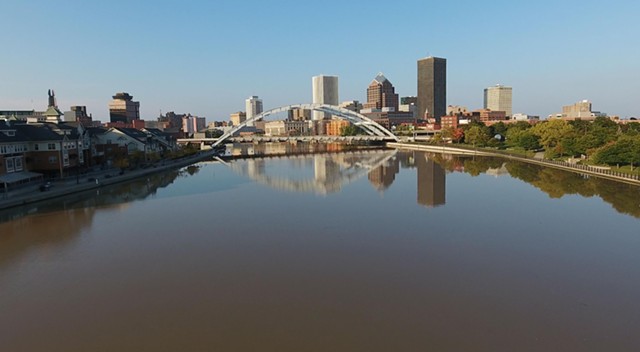 The Strong Museum of Play on Friday announced a tourism campaign that will include other museums and cultural institutions in the Rochester area.

The Strong’s Vice President of Marketing and Communications, Sara Poe, said the idea is to promote a variety of options for entertainment and recreation to people who may be traveling to the Rochester area this summer.

Many tourists will certainly head to the newly expanded Strong Museum of Play to let their kids enjoy the American Comic Book Heroes exhibit, the DanceLab, the Dancing Wings Butterfly Garden, or the E-Game Revolution video game exhibit — and parents can get nostalgic themselves while taking in  "Millennial Madness," an exhibit of toys and games that shaped that generation.

But those same tourists may find many more events and exhibits that interest them as the the other participating institutions spring back to life. Also newly renovated, George Eastman Museum will present a series of exhibits, including "To Survive on This Shore: Photographs and Interviews with Transgender and Gender Nonconforming Older Adults," as well as a calendar full of lectures, classes, and films shown in the historic Dryden Theatre.

The Genesee Country Village & Museum will host a variety of special events — including its inaugural Juneteenth commemoration and Fourth of July celebration — as well as opportunities to hike its trails and take classes on historic food processes and crafts.

These events and more are accessible to the visiting public through a website hosted by The Strong Museum at PlayRochester.com, which allows potential visitors to explore lodging options, learn more about each institution, and purchase tickets.

The website is part of an extensive online marketing campaign that will take place throughout the summer, which was funded in part by a state grant.

Poe noted that this marketing effort will economically help the entire region.

“Tourism is a huge economic driver in this area," she said. "We are a large part of that, and we recognize that, so we really want to continue to do our part to help the Rochester economy recover as quickly as we can.”

Poe said the various cultural organizations hope the marketing effort is not just a short-term initiative, but a campaign that can continue on an ongoing basis.