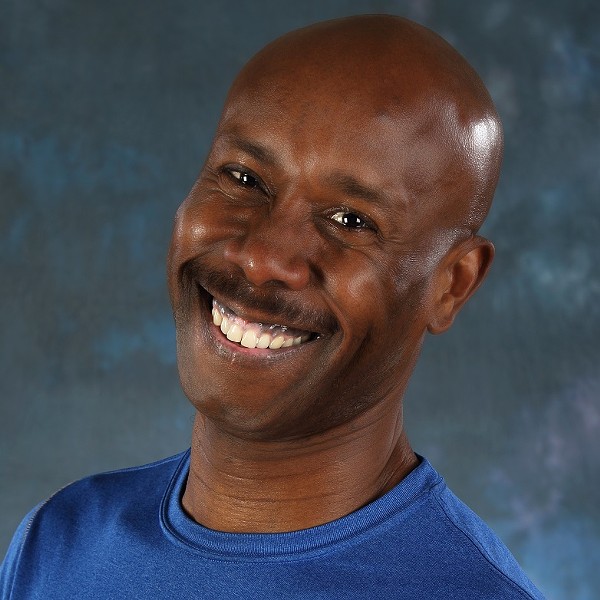 This article will be updated with more comments from colleagues and friends. Please share your memories of Christopher Morrison in the comments.

Rochester lost a beloved dancer, choreographer, and teacher this past weekend. After months of battling pancreatic cancer, Christopher Morrison died in New York City on Saturday. News of his death sent waves of grief through the Rochester community, which remembers the Jamaican-born artist for his time on Rochester stages with Garth Fagan Dance, Borinquen Dance Theater, and BIODANCE, and as a teacher at the Hochstein School.

Bill Ferguson, executive artistic liaison with Garth Fagan Dance, was often partnered in duets with Morrison, whom he had met when Morrison joined the company in 1990. "Chris was a real force because of his facility and presence on stage," he says. "He really made a splash. There are many times when I stopped and looked at Chris and thought, 'I wish I could do that.'"

Morrison was loved by many people, Ferguson says, "not just because he was a beautiful person, but because of his ability to teach, and the way he taught. He was able to get people to go beyond their comfort zone without being overbearing or over-aggressive. He had the right touch."

When Morrison retired from Garth Fagan Dance in 2005, he taught modern dance at Hochstein, where he was an active performer in faculty showcases.

"I regarded Chris as an extraordinary dancer, a beautiful human being in every way," says Hochstein executive director Peggy Quackenbush. "And he was so creative, and enthusiasm just oozed out of every cell. He had this bright smile, this beautiful light that he shared with everybody, and he inspired so many students I know to take dance as part of themselves and then to share it out with other people, but to really live with it and love it."

Though he wasn't trained as a therapist, Morrison also worked with Maria Battista-Hancock, Hochstein's department chair for expressive arts, to help students in need of movement therapy.

"He worked with some of the students in my department who have some physical disabilities, some cognitive disabilities, and he was just incredible," Battista-Hancock says. "Very, very attentive, always being curious about how much they could do, how much he could expand their range of motion, their interest, things like that. The most powerful story for me, and the one that we collaborated mostly on, is the one with Clara Ooyama."

Ooyama had survived pancreatic cancer, but her chemotherapy treatments had been detrimental to her brain function. "When she started working with me, she couldn't even walk a straight line, because the corpus callosum was highly deteriorated," Battista-Hancock says. "I had slowly put some movements together and some dance routines that I could do with my training, but I needed more, somebody like Chris. And Chris stepped in, and you could see them: she could focus on his voice, she could focus on his steps. And he would make her feel safe, just his smile, and explaining what he was doing, just his grace and compassion. Slowing things down. And basically they created a bond. And she took off and took lessons with him. And grew and became more and more at ease with the dance."

Ooyama worked with Morrison between 2013 and 2017, and she says that during that time she went from celebrating double-digit steps to performing a solo. "He just worked with me on what I could do, and just always pushed me a little harder," she says. "The last performance we did was a dance he wrote for me to perform solo, based on my story. And the first performance I did, I couldn't even walk out on stage by myself. Nothing akin to what four years later we had accomplished."