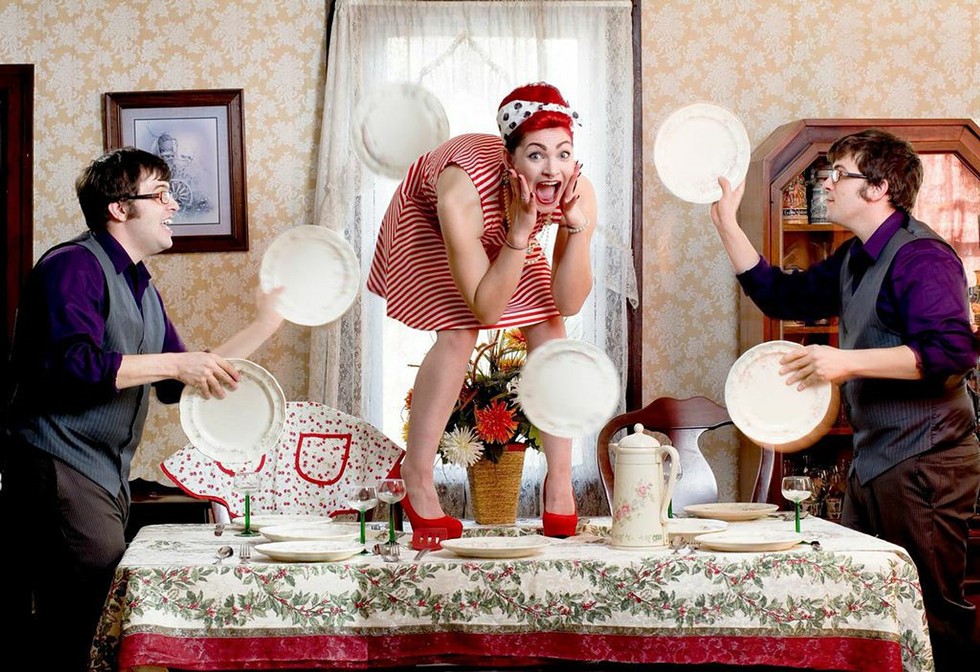 Professional entertainer Douglas Stafford offers a comedic tour through his experiences working in circuses, magic shows, and Renaissance Faires. It's "better entertainment through poor life choices," and I think pretty much anyone can find something to relate to there. I'm just hoping for plenty of juicy anecdotes, since from what I've heard about the backstage shenanigans at Ren Faires, those guys can get nuts. (Friday, September 15, 7:30 p.m.; Saturday, September 16, 6:30 p.m.; Sunday, September 17, 5 p.m. School of the Arts: Black Box Theatre. $20. Appropriate for ages 18 and older.)

Meanwhile, the interactive comedy show "Good Joke/Bad Joke Bingo" will demonstrate the beautiful subjectivity of humor, as a bingo lottery draw determines which jokes and stories host Shawn Wickens is allowed to deliver. Audience members get to play along and earn prizes, so hopefully everyone comes out a winner. I fully admit that it's possible I'm interested in both of these shows because they make me think of those hilarious "Good Idea, Bad Idea" cartoons from "Animaniacs." But either way, I'm excited. (Saturday, September 16, 7 p.m.; Sunday, September 17, 4 p.m. and 8:30 p.m. Geva Theatre Center: Fielding Stage. $8-10. Appropriate for ages 18 and older.) 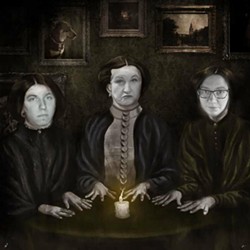 Open up your mind to the possibilities with this comedic, semi-improvised take on one of Rochester's greatest paranormal claims to fame, the Fox Sisters. Watch Margaret, Kate and Leah as they commune with spirits, take a tour through the beyond, and test audience members with interactive escape room challenges. Local lore, comedy, ghosts, and brain teasers? What more could you want from an afternoon's entertainment? (Saturday, September 16, 1 p.m.; Saturday, September 23, 1 p.m. TheatreROCS Stage at Abilene. $10. Appropriate for ages 13 and older.)

It's always exciting when you have the chance to discover new filmmaking voices, so I'm definitely looking forward to catching this presentation of shorts from the undergraduate students of St. John Fisher College's Department of Media and Communications, and the school's Film and Television Studies program. (Monday, September 18, 7 p.m. The Little: Theatre 1. Free. Appropriate for ages 13 and older.)

"Murder Mystery at the Central Library"

I had an absolute blast being chilled to the bone with "Spooky Stories in the Stacks" at last year's Fringe, so I'm thrilled to see the Central Library expanding its offerings into more shows this year. The most intriguing to me is this interactive theatrical event which gives participants the opportunity to play detective, helping to solve a murder and catch the nefarious evil-doer before they strike again. Mwahahah! (Wednesday, September 20, 6 p.m. Central Library. Free. Appropriate for ages 5 and older.)

Honestly, when it comes to explaining what exactly intrigues me about this wacky-sounding stage comedy, I'm not sure I can do any better than the official guide description: "A defeated grocery store clerk must choose between defending his pathetic life or allowing his coworkers to unleash the terrifying space monster that's trapped in the walk-in freezer." There are any numbers of ways that premise can play out, but really, you had me at "terrifying space monster." (Friday, September 22, 7 p.m. MuCCC. $7. Mature audiences.)

Following up on several well-received one-man shows at past Fringes, MuCCC Artistic Director John Borek weaves Hollywood film history into a personal narrative, examining prototypical sex comedies like "Pillow Talk," "The Thrill of It All," and "That Touch of Mink," and explaining how these bawdy, innuendo-laden films ended up teaching him all he needed to know about romantic relationships. (Saturday, September 23, 10 p.m. MuCCC. $5. Appropriate for ages 18 and older.)