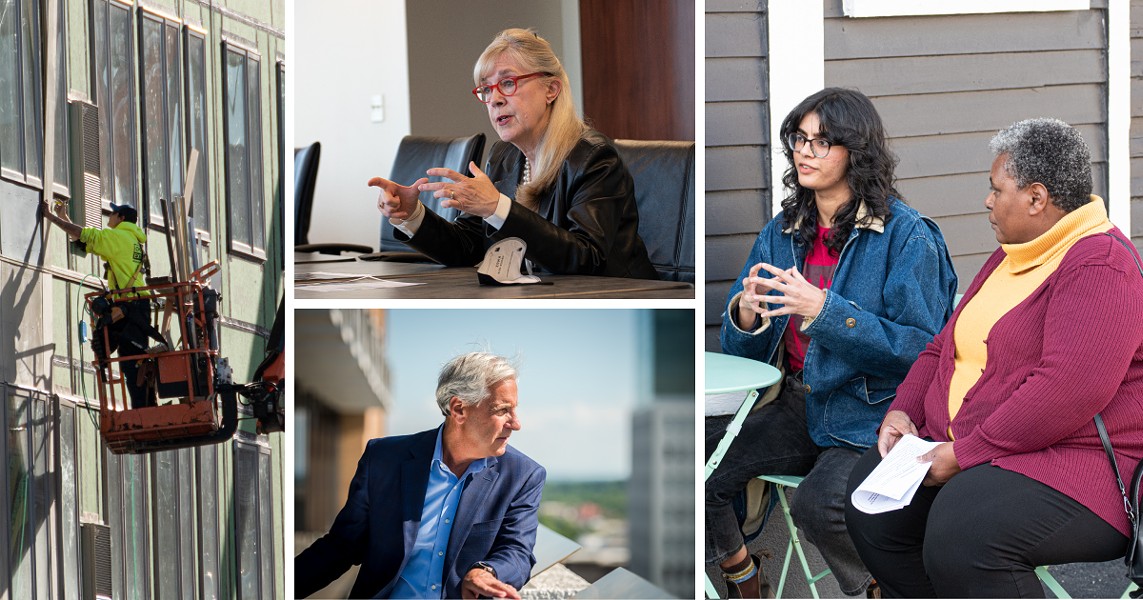 But dozens of residents attended a November meeting of the Rochester City Council to speak against a measure that would renew a tax break for developers who convert vacant office space into housing — mostly luxury apartments.

They argued that the break, known as the Residential-Commercial Urban Exemption (CUE), has padded the pocketbooks of wealthy developers and been balanced on the backs of low-income people who cannot afford the dwellings they build.

“This will only drive gentrification forward and put a strain on Rochesterians, who, I’ll add, are already suffering and struggling due to the pandemic we’re living through,” Al Martinez, a homeowner in the city, told the Council. “It’s adding oil to an already expansive fire in this city.”

By the time the meeting ended, City Council had voted 8 to 1 to pass a revised version of the tax break, one that requires developers getting the exemption to set aside 20 percent of the units they build for tenants with incomes below 60 percent of the area median income.

That’s $33,720 for a single person in Rochester and $45,850 for a family of four, according to the federal Department of Housing and Urban Development.

State legislators created CUE in 2003 as an incentive for developers in most cities across New York to convert old office space — particularly in buildings with high vacancy rates — into a mix of new uses, including apartments. It was intended to help offset developers’ investments by exempting them from paying property taxes on any increase in the assessed value of the properties tied to the improvements.
Cities could opt in to the legislation, and many did.

“The issue for the community back then, and for City Council, was how important is it to turn these dead buildings into better property tax paying properties, and to breathe new life into the center of a city that’s a ghost town,” said Heidi Zimmer-Meyer, president of the Rochester Downtown Development Corporation. 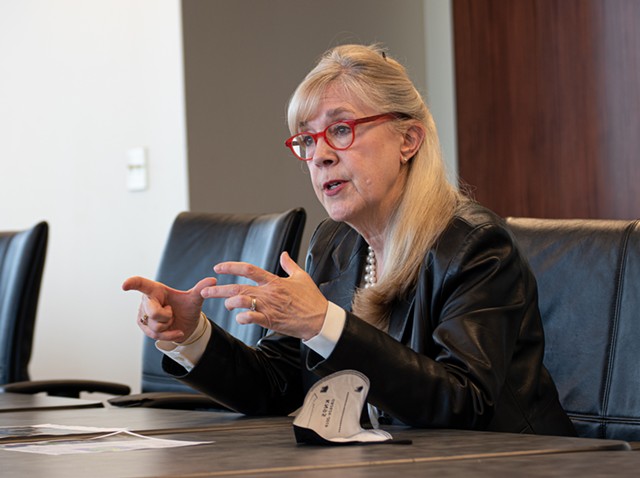 By way of the exemption, roughly $51.2 million worth of real estate in Rochester is not being taxed. Considering that 516 apartments were built using the incentives, the exemptions work out to roughly $100,000 per unit.

The break saves developers about $2.5 million a year in total, according to a CITY analysis of current exemptions.

Proponents of the exemption, which was established as section 485-a of state Real Property Law, say it has enticed developers to revamp dormant or neglected spaces in prime real estate downtown in cities across New York.

Buildings that have benefited from the break in Rochester include The Metropolitan building on South Clinton Avenue and The Linc, formerly the Alliance Building, on East Main Street.

But housing activists disagree. They say the exemption, even with an affordable housing provision, does not fit the needs of Rochester residents. According to a 2020 report from the Rochester-Monroe Anti-Poverty Initiative, 31.3 percent of Rochester residents live in poverty, making it the third poorest of the nation’s top 75 metropolitan areas.

“I think we can just look at what’s happening in Rochester, poverty levels have stayed the same, we’re still seeing an enormous housing crisis,” said Ritti Singh, communications coordinator with Rochester City-Wide Tenant Union.
“We’ve had a lot of time to test this out,” she said, “and it’s not working for the people that really live in our city.”

When the tax break was created, downtown Rochester had been in decline for years.

Kodak was downsizing and other businesses were leaving the city, resulting in a surplus of outdated or unwanted office space. At the time, vacancy rate in downtown office buildings was 26.1 percent, a figure that translated to more than 2 million square feet of unused space. 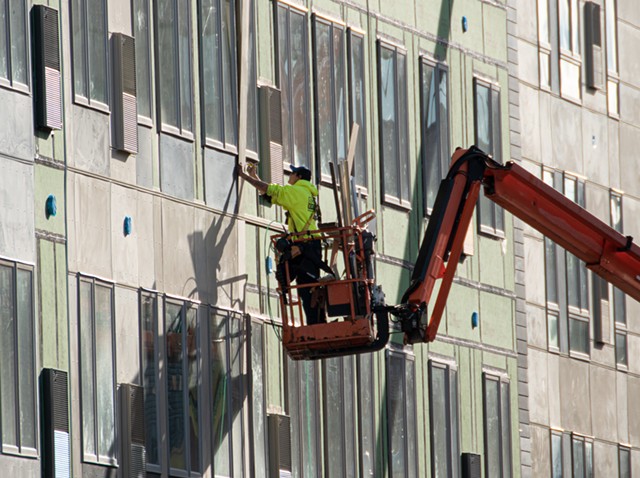 Developers were to be able to secure the 12 years of tax breaks if they converted at least a quarter of the buildings into residential units and they had to put at least $250,000 into each project.

“The intent of the program is to facilitate the conversion of underutilized office, retail, manufacturing and warehouse buildings in order to promote residential uses in the downtown areas of upstate cities,” read the legislation to create the exemption locally that was submitted to City Council that year by Mayor William Johnson.

But the amount of unused office space has actually grown over the years.

A Rochester Downtown Development Corporation study of downtown office spaces downtown in 2019 found that 2.2 million square feet of office space downtown was vacant. Researchers attributed the growth to Xerox abandoning its headquarters on South Clinton, leaving the 520,000 square foot building mostly vacant. The tower is currently being redeveloped into student housing and will be known as Innovation Square. 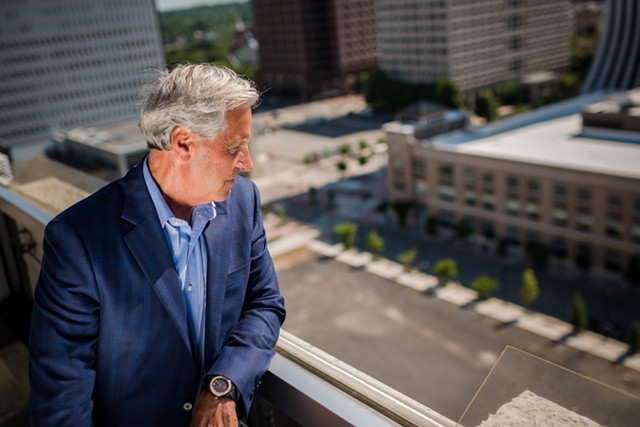 Andy Gallina, the developer behind The Metropolitan, the former Chase Bank tower, is adamant that he wouldn’t have been able to repurpose the skyscraper without the tax incentive.

“It’s not as marketable,” Gallina said. “And then you have a big piece of property that’s not funded, not occupied, a failed project. If we don’t incentivize people to make investments, they won’t make the investment.”

The Metropolitan has received four rounds of CUE incentives since 2018, according to city documents. When Gallina started overhauling the building, it was assessed at $5 million. Because of the exemptions, the building is still taxed based on that value, though its full assessed value is now $22.3 million. That means $17 million of the building’s value is untaxed.

This year, The Metropolitan’s property tax bill was $216,000, according to city records. Without the incentive, the bill would have likely exceeded $1 million.
Meanwhile, Gallina has invested $11.7 million into The Metropolitan, where he built 88 apartments and the corporate headquarters for billion-dollar cybersecurity firm Datto.

“If you’ve got a better way to rebuild a city, you tell me,” Gallina said. “Because I don’t know how to do it, because I’m investing all of my resources, and if people aren’t willing to do that, we’re going to fail. Our city is doomed.”

Like Gallina, proponents of CUE-incentivized developments often take the position that high-dollar residential conversion projects would be unlikely to get off the ground without some sort of break that makes them more financially feasible.

“When you get back to this program and why it matters, it has allowed developers to take buildings that, quite frankly, you couldn’t make the numbers work on,” Zimmer-Meyer said. “This is a gap-filling situation.”

But opponents are just as quick to question whether the projects benefit the average Rochester resident. Rent for The Metropolitan’s apartments are listed as beginning at $1,400 for a one-bedroom, and climbing to more than $3,600 for a two-bedroom. 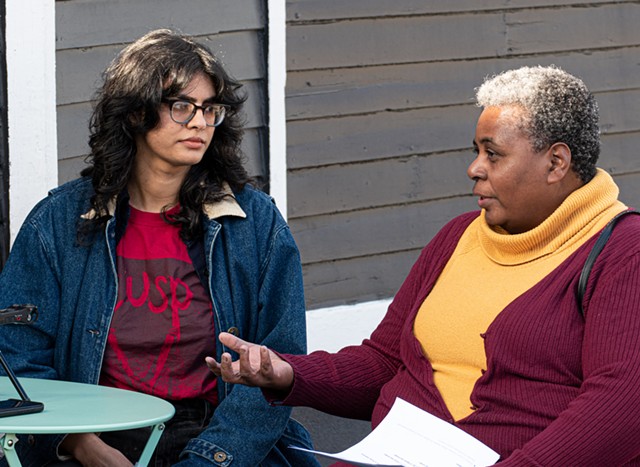 In 2019, the Buffalo-based nonprofit Public Accountability Initiative published a report that characterized CUE as often abused by developers who receive tax breaks by just barely qualifying for the program.

“In practice — due to the law’s vague wording, a lack of oversight, and political deference to the real estate industry — 485-a has been twisted and misused to apply to developments well outside the law’s original intent, and often outside even its technical requirements,” the report read.

The report pointed to a building on Ellicott Street in Buffalo, which was awarded a CUE tax break. The project was made up mostly of restaurants and high-tech business offices, but the developer qualified for the break by adding one apartment.
In Rochester, there are also several cases of CUE recipients qualifying by adding a single apartment.

Those projects have generally been smaller in scale. For example, one recipient on Smith Street had $80,000 in assessed value exempted from taxes after adding a single apartment. The building is also home to a music studio.

In 2020, former Gov. Andrew Cuomo signed a law to more strictly regulate the Residential-Commercial Urban Exemption. That statute, championed by Syracuse Assemblymember William Magnarelli, required developers to retain 75 percent of the original structure throughout the renovation. The intent was to prevent the temptation to bulldoze a building and rebuild from scratch.

The statute also required annual checkups on buildings through the 12-year life span of the incentives to make sure they are up to snuff.

“Across upstate New York, both the letter and the spirit of the law have been circumvented by unqualified applicants receiving this benefit — at great cost to localities who forgo significant tax revenues,” the bill justification read. “The statute must be amended in order to ensure that the original intent and scope of the program are heeded.”

Critics such as the tenant union organizers characterize the exemption as an offshoot of trickle down economics, in which gains by the wealthy ostensibly filter down to people in lower economic classes. They’d like to see a different approach that puts lower-income residents top of mind.

“We need to build a Rochester for all,” Singh said.

Gallina balks at criticisms of the program. If Rochester is going to rebuild to its former glory, someone needs to pony up the cash to get it moving.

The hard reality, Gallina said, is that if “dummies like him” are not given any incentive to build, and are almost guaranteed to operate at a loss, no one would invest.

“I’ve got people criticizing me for tax abatement programs? It’s not based in reality,” Gallina said. “You want something to happen, it doesn’t happen organically, it happens intentionally.”