Cressida Dixon: Tending to Monroe County’s dead when no one else will

About three people die each week in Monroe County without a will to bestow their earthly possessions unto family or friends or charities. Many of them die as they lived — poor, alone, and unseen.

Yet their dying touches off a flurry of life in the office of the county public administrator, an obscure agency that manages estates when there is no one else to do so, often when the deceased leave behind no instructions on how to disperse their belongings or have no known heirs.

“Truth be told, you get ‘death calls,’” explained Cressida Dixon, a seasoned estate lawyer at the firm of Bond, Schoeneck & King, who in January was appointed the first new public administrator in 20 years, becoming the first woman to ever hold the post.

The calls come mostly from hospitals and the county medical examiner, sometimes police and nursing homes.

Large counties in New York have a public administrator appointed by their Surrogate’s Court, the court where wills are probated and legal battles are waged over the assets of the dead. In Monroe County, anywhere from 150 to 200 estates a year fall to the public administrator.

The job is something of a departure for Dixon, a 50-year-old married mother of two teenage sons, who has been practicing estate law for half her life, most of it at Nixon Peabody or Bond Schoeneck, where she specializes in death planning for “high-net-worth individuals.”

By contrast, in her role as public administrator, Dixon mainly deals with people who either hadn’t the means to plan for their deaths or never got around to it. The job requires her to be part lawyer, part sleuth, part therapist.

Combing through the personal effects of the departed for clues as to who they were and who might care about them is peculiar work.

Their residences, their furniture, their jewelry, their photo albums, their love letters, their credit card bills, their bank accounts, all of it has to be secured. The public administrator consults property records, genealogy websites, census data, and newspaper clippings in an effort to find relations. Appraisals are then obtained for items such as art, guns, collectibles, and vehicles, and estate sales are organized.

“It’s a huge responsibility, and not one that I am going to take lightly,” Dixon said.

She sat behind a desk in her office at Bond Schoeneck strewn with legal folders containing information about decedents now in her charge. She and her team, a small group that includes another estate lawyer and a couple of paralegals at the firm, were still trying to locate a relative in a few cases. Down the hall, the personal belongings of one of the deceased were in a conference room for safekeeping. 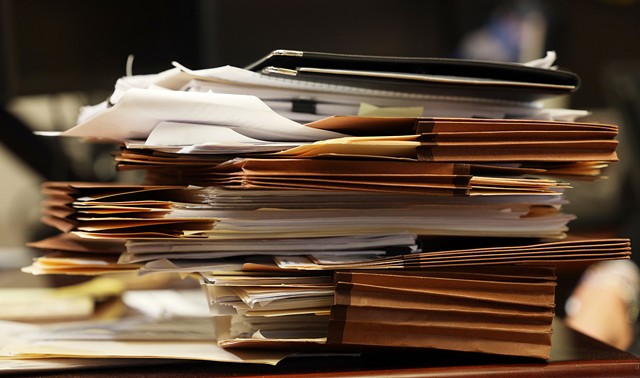 While their titles suggest they operate in plain view, public administrators tend to work out of the public eye. They often only stir attention when complaints arise over their competency or their pay or their political involvement. Sometimes they run afoul of the law.

In 2012, Monroe County’s previous public administrator, Frank Iacovangelo, made headlines when he was sued by the family of a deceased woman after he arranged for her burial in a pauper’s grave in Scottsville without informing her family, claiming that a search for next of kin turned up nothing. The woman, Sally Green, had a son and six siblings who lived in the Rochester area. Her remains were later exhumed and buried at Mt. Hope Cemetery.

A couple years earlier, Iacovangelo’s compensation aroused suspicion in the county Legislature when County Executive Maggie Brooks proposed doubling a taxpayer-funded stipend for office expenses to $100,000 from $48,000, sparking accusations of pay-to-play political patronage. Prior to Iacovangelo being appointed public administrator in 2000, his predecessor received a stipend of $12,500. The proposal passed the Republican-controlled Legislature along party lines.

Iacovangelo and his law firm, Gallo & Iacovangelo, were generous donors to local Republican politicians and causes, having given hundreds of thousands of dollars during Iacovangelo’s tenure as public administrator. The Monroe County Republican Committee recently named his brother, Bernard Iacovangelo, the party’s acting chairperson.

Surrogate Christopher Ciaccio, a Democrat, won the race for the judgeship last year against the Republican candidate, Elena Cariola, who happened to be Iacovangelo’s daughter and the court-appointed deputy public administrator to her father.

Ciaccio said he had concerns with some of the commissions that Iacovangelo had claimed and that had been approved by the previous Surrogate’s Court judge, John Owens. He appointed a new public administrator in Dixon when he took office.
“She has vast estate experience and had the interest in serving the public and seemed to have the role of public administrator in perspective, I’ll put it that way,” Ciaccio said.

He said he invited three law firms with estate practices to make a pitch to him to handle the public administrator’s duties. Bond Schoeneck, he said, had the most interest in performing a public service.

“Some people have made a lot of money in this job,” Ciaccio said. “But Bond Schoeneck also realized it was a public service job and they weren’t in it so much for the profit as the opportunity to perform a public service.” 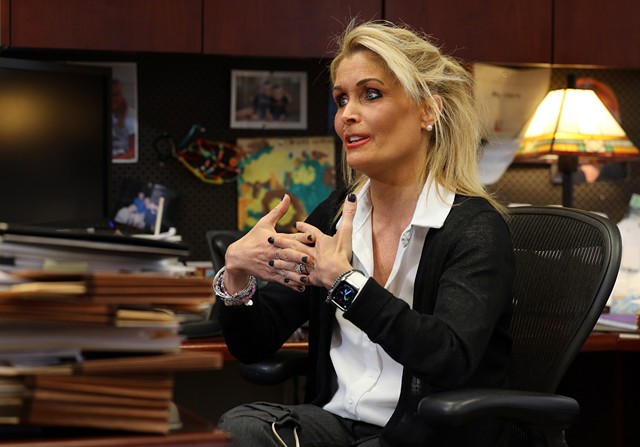 The public administrator can be a lucrative position, although the state law governing its compensation is a complex hodgepodge of provisions exclusive to different counties.

When it comes to Monroe County, the statute is somewhat ambiguous. It provides that the public administrator is entitled to legal fees and “reasonable and necessary expenses” to be taken from the estates in lieu of a salary, and may receive “expenses of his office,” the latter of which was the county-funded stipend.

Six years ago, Owens, the Surrogate’s Court judge who appointed Iacovangelo, reversed course on those commissions. He wrote to the county explaining that he had studied the statute and interpreted it to read that the public administrator could retain the commissions. As such, he wrote, Iacovangelo would no longer forward his commissions to the treasurer. In response, the county stopped paying Iacovangelo the $100,000 stipend for office expenses.

The result was typically a yearly net gain for Iacovangelo, according to his annual reports on file with the court.

That was a particularly good year, buoyed by a few large estates. But records show it was not uncommon for the public administrator to take in excess of $400,000 in any given year.

While a majority of estates handled by the public administrator contain assets of less than $5,000, for which no more than $775 in legal fees can be awarded under the Surrogate’s Court fee guidelines, some estates are worth much more.

In 2019 the public administrator closed on one estate valued at $3.9 million, two with assets of close to $1 million, and two others worth in excess of $500,000. In those cases, fees are set by the court.

Ciaccio said he was permitting the arrangement allowing the public administrator to receive legal fees and commissions for the time being, but would push state legislators to clarify the statute.

Dixon acknowledged that the position can be profitable, and that there were ambiguities in the statute detailing compensation. But she said she accepted the appointment as a way to give back to her community.

She grew up in the tiny central New York city of Norwich and settled in the Rochester area shortly after graduating from Syracuse University College of Law.
“I love my clients, but this gives me an opportunity to give back to my community,” Dixon said. “Truth be told, I probably haven’t given back as much as I should have in the past just because of my commitment to working in big firms. It makes me feel good, and it’s also good for my kids to see that.”

She added: “It’s sad to think so many people die alone.”

Dying alone was a notion that crossed Dixon’s mind in 2008 as she confronted her own mortality. That October, she was 38 years old and exercising at her home in Penfield when she suffered a stroke.

Dixon recalled lying on the floor, the left side of her body paralyzed. She was alone in the house with her sons, one of whom was an infant in a crib and the other 5 years old in a nearby room. She thought: I’m having a stroke; my children will be motherless; and I have no friends.

“I laid there on the floor and my only thought was if I die no one’s going to come to my funeral,” she said. “All I do is work.”

Dixon recalled being able to reach her cell phone and call her sister, whom she told through slurred speech that she thought she was having a stroke. The day before was World Stroke Day, and her sister had watched an episode of “The Oprah Winfrey Show” devoted to the subject. She acted quickly to summon an ambulance.

All the signs of an impending stroke had been there, Dixon recalled. A day earlier, she said, her vision was intermittently blurry, she slurred words, and forgot her destination while driving to a lunch date.

Dixon recovered, albeit with some lingering effects of weakness on her left side that are imperceptible to the outsider, and re-evaluated her life. She changed law firms, found a better work-life balance, and found more time for her husband and children and causes important to her. She tells her story at American Heart Association events.

“I always say the stroke saved my life,” she said.