Special Section: A year of Covid-19 » OUR LOST YEAR

COVID-19 changed the way we vote — and who votes 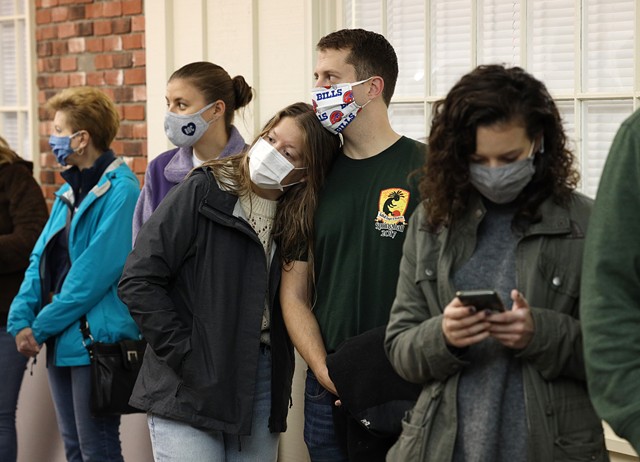 It took a global pandemic for New York to experiment with allowing all registered voters to cast their ballots by mail. The de facto test went well enough that lawmakers are now pushing to amend the state’s constitution so voters have the choice to vote by mail in every election.

Gov. Andrew Cuomo issued an emergency order in April 2020 that cleared the way for New Yorkers to vote by absentee ballot in the June primaries. All they had to do was check the temporary illness box on their ballot applications. The state Legislature would later pass a law allowing the same for the November general election.

The idea, of course, was to avoid crowding at polling stations, which state health officials feared could turn an election into a superspreader event. More than a quarter of voters — 27 percent — submitted an absentee ballot. By comparison, absentees accounted for just under 5 percent of ballots cast in the 2016 presidential election.

The virus was able to do something that good government and election reform advocates had tried to do for decades: push state officials to enact no-excuse absentee voting.

The way state law currently stands, in normal times anyway, people are eligible to apply for and receive an absentee ballot if they won’t be in the county on Election Day or meet one of several other criteria, such as having a permanent illness or disability. No-excuse absentee voting allows any registered voter to get a mail-in ballot with no qualifying circumstances.

The approach is hardly radical or exotic. New York is just a dinosaur when it comes to voting.

Twenty-nine states and the District of Columbia have no-excuse absentee voting, and five states conduct their elections almost entirely by mail, with minor exceptions for dinosaurs.

Supporters of universal mail-in voting argue that it makes participating in the democratic process more convenient and more accessible. Voters would no longer have to take time out of their work day to vote or line up transportation to polling sites, for example.

Whether the wider availability of absentee ballots bolstered voter participation in the 2020 elections is difficult to say, but it sure didn’t hurt. A record 159 million Americans cast a ballot in the presidential election.

Presidential election years always have higher voter turnout than the contests in between, and the stakes were particularly high in November.

In Monroe County, 78 percent of registered voters cast a ballot, the sixth-highest turnout rate over the past 40 years of presidential elections, according to the county Board of Elections.