In a unanimous vote, council approved a $40,000 contract for a consultant to lead an apartment vacancy study, which will determine if Rochester meets the threshold for a “housing emergency.” That means a vacancy rate of 5 percent or less in the rental housing stock the city wants to regulate; in this case, apartment buildings with six or more units that were built before 1974. 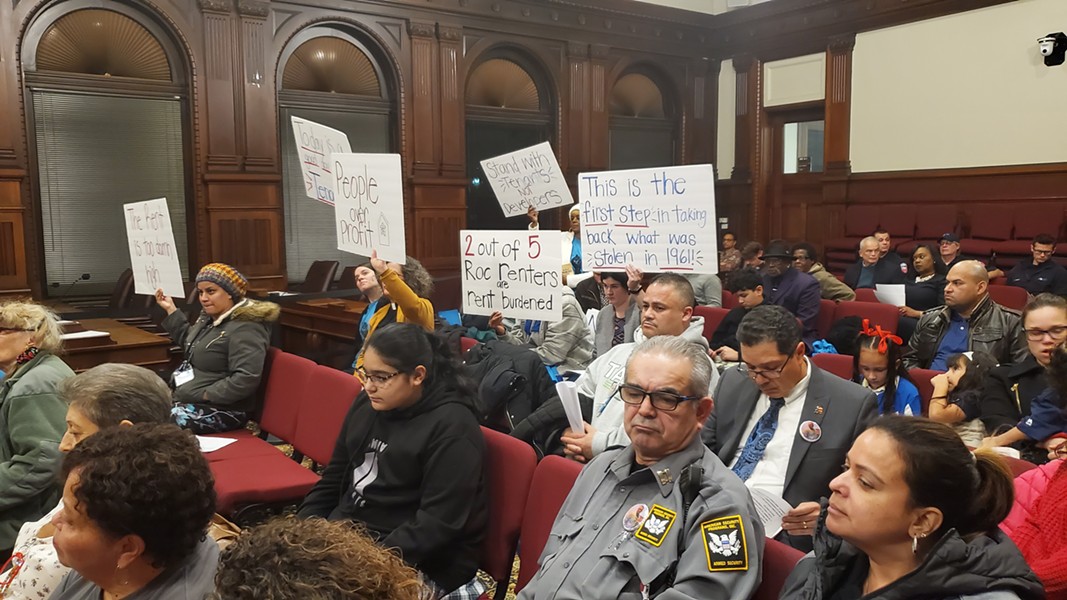 In August, the Ulster County city of Kingston became the first community outside of the New York City metro area to commission such a study. The city of Albany authorized a vacancy study this past Monday.

For tenant rights and homelessness activists, the vote marks a crucial step in advancing housing rights in Rochester.

“We are in the midst of a very real housing and homelessness crisis in Rochester,” said Patrick Dupont, a United Methodist pastor who works at St. Joseph’s House of Hospitality, a men’s shelter and soup kitchen located on South Avenue. “And I think that tonight, you members of City Council are in a position where you can push back against that crisis a bit — you can address some of the preventative approaches we need alongside the people that work with compassion and care.”

Pennsylvania-based Northeast & Buck Company will conduct the study, which it will roll into to a larger Department of Housing and Urban Development-required study. The council in October approved a $60,000 contract with the firm for the larger study.

“We know what the headlines of Rochester have been for years and years, about poverty, we know Rochester has ranked high in all of these different metrics,” said Ryan Acuff of the City-Wide Tenant Union of Rochester. “But I see the possibility of something different happening...I think we can chart the course, and Rochester can be a leader on many things.”