Council, advocates push for a publicly-owned Bank of Rochester 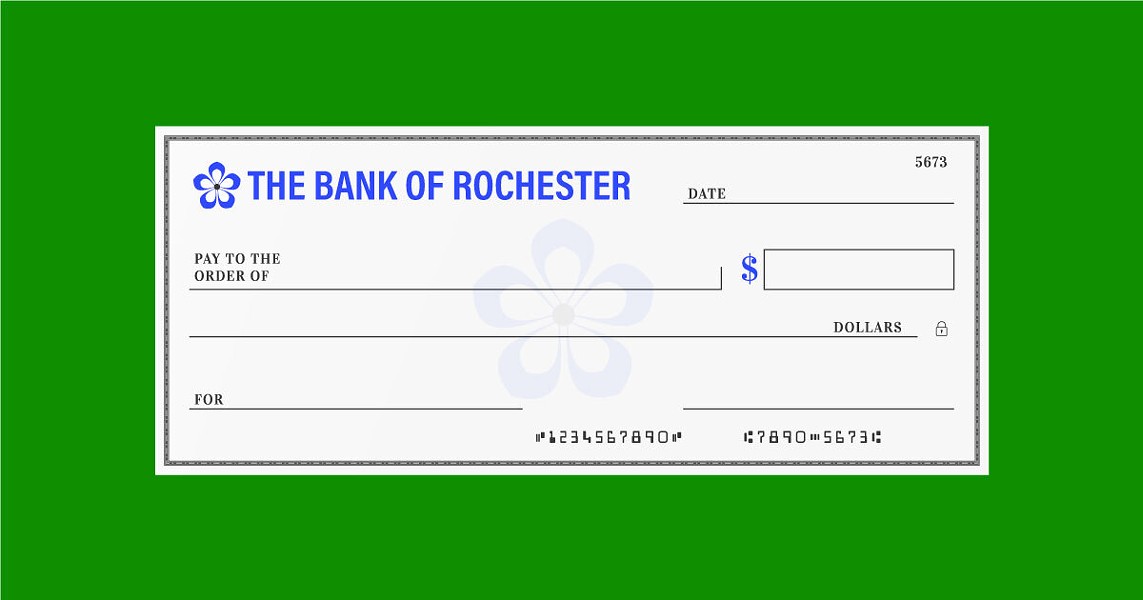 ILLUSTRATION BY RENÉE HEININGER
Well into a global pandemic that has contributed to one of the worst financial crises in history and further exposed the country’s gaping inequality, Rochester lawmakers and community groups are galvanizing behind the idea of the city opening its own public bank.

The idea would have the city take the millions of dollars in tax revenue it currently deposits in big commercial banks and park the money in a city owned and operated financial institution that would invest in the local economy, by providing inexpensive and accessible financing to city businesses, developers, and would-be homeowners.

City Councilmember Mary Lupien, with support from several of her colleagues, is spearheading a charge for a public bank.

“Instead of holding all of our own deposits, which are our tax money and money from the state and federal government, all of that money we have in our budget that funds our city sits in Wall Street banks,” Lupien said.

New York, like almost every other state in the nation, does not have public banks, although there are progressives pushing for the means to establish them.

North Dakota is currently the only state that has a public banking system.

Founded in 1919, the Bank of North Dakota is funded through state revenue, and works as a bank for banks. Community banks in North Dakota are able to pull funding from the state bank and use it to boost their lending power, allowing small institutions to offer large loans that would otherwise be financially risky.

COVID-19 emphasized the benefit of North Dakota’s unusual financial landscape. Over a quarter of North Dakota businesses reportedly benefited from the Paycheck Protection Program (PPP), the most of any state. Part of that was due to the efficiency of smaller community banks, supported by the state bank, being more efficient in distributing funds than larger private institutions.

“Really, the benefit is the money deposited in the really large banks right now doesn’t really end up recycling and circulating in the local economy,” said Melissa Marquez, CEO of the Genesee Co-op Federal Credit Union. “The purpose of a public bank is to allow that to happen.”

At the state level, Sen. James Sanders, a Democrat from New York City, has introduced a bill that would set the framework for municipalities and the state to open their own public banks. Under the legislation, interest paid on loans from the banks would be placed into the general fund.  A companion bill in the Assembly is co-sponsored by Assembly member Harry Bronson.

“Public banks help local businesses and (minority and women owned business enterprises) by providing them access to credit lines, loans, and other forms of financing to help them grow and succeed,” the bill reads. “The community benefits because the public bank could provide affordable loans for students to attend college. Homebuyers seeking reasonable mortgage loans with reasonable terms and rates also would benefit.”

Lupien and other city lawmakers, including Jackie Ortiz, Jose Peo, and Mitch Gruber, attended a town hall in early July introducing the subject, and extended their support for the state bill.

“It’s a way to make sure resources are reinvested into the community,” said Simeon Banister of the Rochester Area Community Foundation, a supporter of the measure. “There’s an incentive for the bank to invest in the community because, fundamentally, the community owns it.”

For Marquez, a public bank is a common sense measure. Rather than public money being held by private institutions, it makes sure the people’s tax dollars are able to directly benefit them.

“It’s really just the concept of keeping money locally,” Marquez said. “Money generated locally that is recycled is more beneficial to an economy than money that leaves and goes elsewhere.”

Gino Fanelli is a CITY staff writer. He can be reached at 585-775-9692 and gfanelli@rochester-citynews.com.