Could Scalia’s death offer a chance for healing? 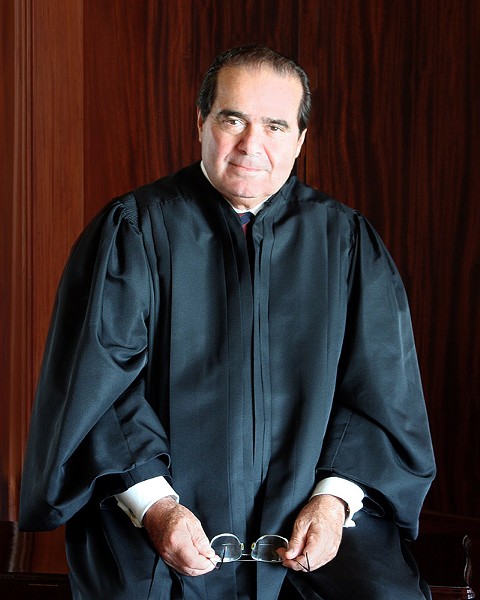 Antonin Scalia's death may have been a surprise, but Congressional Republicans' swift declaration - that Obama shouldn't nominate a replacement - certainly wasn't.

Voters should "have a voice in the selection of their next Supreme Court justice"? They did, when they elected Barack Obama president. Twice. He was elected to serve for four years, not three. If he shouldn't appoint justices now, should he give up all of his other duties?

I suppose Democrats would have done the same thing if a Republican were in the White House. It's not so much a Republican thing as it is one more example of the deep division in Washington. And that's a reflection of how deeply divided Americans are.

Obama's not taking Republicans' advice, so we have an interesting year ahead of us. Seems like Republicans are taking a big risk by digging in their heels. What if Obama nominates someone they've already approved for a lower court? Won't they have a hard time insisting that that person isn't qualified? And if they insist on delaying the nomination until the country has a new president, they risk having that president be a Democrat - and having a Democratic-controlled Senate vote on the nominee. They could have far less voice in choosing the next justice than they have right now.

They'll also have ramped up the partisanship in Congress, fed the division and anger in the country, and further eroded the public's trust in government.

Earlier last week, before Scalia's death, Obama gave a lengthy speech to the Illinois General Assembly specifically addressing those issues. And the speech contains a good citizenship lesson for all of us.

Reflecting on his own days in the Illinois Assembly, Obama noted that because legislators had a chance to get to know one another, they could become friends and could disagree without being hostile.

And by talking with constituents, Obama said, he learned "that if you were willing to listen, it was possible to bridge a lot of differences." He learned that if politicians "just approached our national politics the same way that the American people approach their daily lives - at the workplace, at the Little League game, at church or the synagogue - with common sense, and a commitment to fair play and basic courtesy, that there is no problem that we couldn't solve together."

For the country to prosper, Obama said, we have to have "citizenship and a sense that we are one." But the "poisonous political climate" of today, he warned, pushes people away and lets the most extreme voices and interests take over.

Harsh disagreement, corruption in politics, deeply polarizing differences aren't new, Obama said, citing Teapot Dome scandals, Watergate, Vietnam, the Civil War. "We've been arguing since our founding over the proper size and role of government, the meaning of individual freedom and equality; over war and peace, and the best way to give all of our citizens opportunity," he said.

"We've always gone through periods when our democracy seems stuck," he said. "And when that happens, we have to find a new way of doing business."

We have to do that now, Obama said, and we have to start by acknowledging that we have a serious problem: "the nature and the extent of the polarization."

A willingness to listen, a sense of fair play, common sense, basic courtesy: not a bad set of guidelines for elected leaders and candidates. Not a bad list of ideals for the country. But in this political climate, distrust, anger, and outright insults have become the norm.

Scalia's death, and his open seat on the Supreme Court, could give the members of the Senate of both major parties a chance to show real leadership by working together on this vacancy. They could change the tone of discourse in Congress, and set an example for all of us.