Coronavirus sidelined youth sports — and I'm secretly happy about it 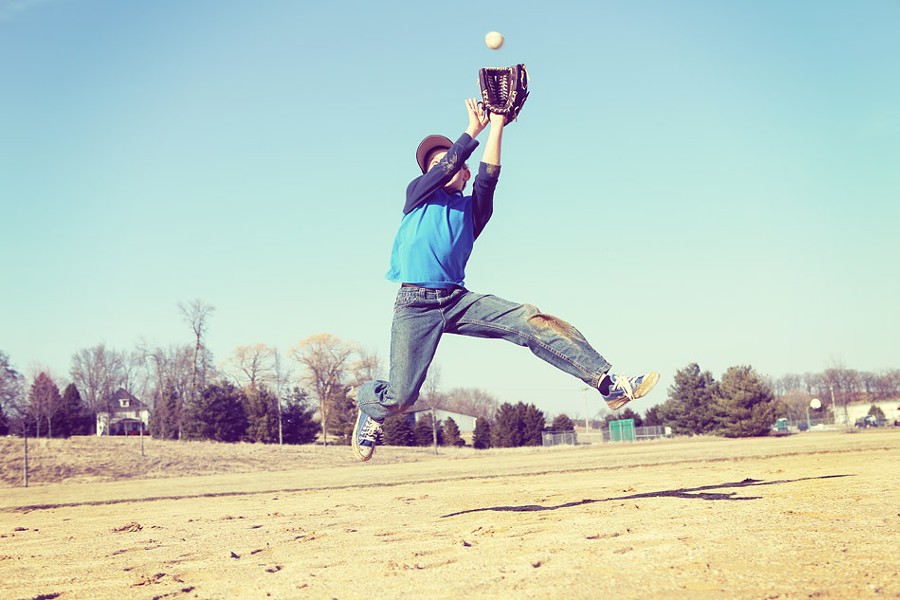 FILE PHOTO
My two sons are among the millions of children across the country whose youth sports have been sidelined by the coronavirus outbreak. Their hockey season was cut short. Their baseball season is on hold.

The boys, ages 13 and 11, told me the other day they weren’t happy about it, as one fired pitches into a net on the lawn and the other rollerbladed up and down the street with a hockey stick in hand.

How could they have? Before the pandemic, they were running on a youth sports treadmill with no off-switch that left them little time for unstructured play.

There have been scores of news articles about the toll the outbreak has taken on youth sports. Some predicted a youth sports recession. Few of them quoted children. Most quoted crestfallen coaches and parents wondering whether things would ever go back to the way they were.

As a youth sports coach and parent, I wonder whether they should.

Like millions of young American athletes, my sons were shuttled from school to practices to games on a schedule that commandeered most weeknights and weekends through seasons that often overlapped. Hockey starts in August. Baseball starts in January.

For all the suffering the outbreak has caused, it has also afforded youth sports parents and every organization that claims to be an advocate for young athletes a once-in-a-lifetime opportunity to take a breather and reassess their priorities.

Let's not squander it.

“This is a very interesting time, and it’s going to be interesting to see what youth sports look like at the end of this,” said John O’Sullivan, who founded the Oregon-based nonprofit Changing the Game Project in 2012 and has been reinforcing family-life balance in youth sports  ever since.

“Life has taken on a slower pace” for a lot of youth sports families, O’Sullivan said. “Now that the reset button has been hit for them, because they didn’t know how to get off the hamster wheel, I think some people are going to ask themselves at the end of this, ‘Do I want to get back on that wheel?’”

The wheel in my house looked like this on any given weeknight prior to the outbreak:

After-school hours for the kids were reserved for scarfing down whatever food they could scrounge in the kitchen and doing their homework, because there was no time to eat a proper meal or complete their assignments in the evening.

At some point in the late afternoon or early evening, either I or my wife would blow into the house like a tornado to hustle the kids off to a practice. In the winter time, that often meant different rinks at the opposite ends of town. By January, it could also mean hockey practice would be followed by an indoor baseball practice.

My wife and our two sons rarely had a meal as a family. On weekends, sometimes breakfast, lunch, and dinner were grabbed on the go — a hot dog here, a burger there.

It sounds insane, and to some extent it was.

But to some extent it was also necessary because the options for youth sports on a reasonable scale for youngsters who want to play competitively — like my sons —have become increasingly limited.

The low-stakes municipal recreational leagues that were the athletic foundations of generations past have mostly been replaced by a medley of for-profit and pseudo nonprofit corporations, tourism bureaus, and cottage industries working in tandem to make youth sports a business.

There are two problems with this scenario. The first is that what should be seasonal sports played for fun have become year-round pursuits. The second is that organized sports have become inaccessible to families without the means to keep up with the Joneses.

My boys rarely complained about their hurried schedules. They enjoy their sports and the camaraderie of their teammates. But they also rarely played their sports at home just for the sake of playing until recently.

“It’s sort of like a return to free play without free play because they’re not getting together with their buddies,” O’Sullivan, who has a 14-year-old daughter and 12-year-old son, said of kids rediscovering their sports in the age of coronavirus.

“By the same token, it’s still self-organized, self-directed, there’s no coach standing over their shoulder telling them what to do,” O’Sullivan said. “So, they’re having fun, you know, working on their trick shots. What you have is an ownership of the activity, enjoyment of the activity, a figuring out what’s going on instead of being told what is supposed to be.”

I thought of my sons at play around the house the other day. One was practicing his “saucer” hockey passes. The other was working on a split-finger fastball.

If youth sports parents are honest with themselves, I think most would say the same thing about themselves and their kids.

I thought O'Sullivan was right, but wondered whether kids would tell that to the grown-ups in their lives. Perhaps it's time we asked them.