Coronavirus is a perfect weapon against craft breweries

April 22, 2020
Sixty percent of breweries polled in a recent nationwide survey reported they couldn’t survive more than three months under the business restrictions set by their states to slow the spread of the novel coronavirus. Two percent reported already having closed.

The situation is not quite as dire in New York, where the state’s brewers’ association is conducting a similar survey. But the association’s executive director, Paul Leone, acknowledged the results aren’t promising, either.

“I’ve had over 150 breweries respond, and so far only two have said they weren’t going to reopen,” Leone said. “It was much different than the (national) survey. It’s not that what we’re hearing isn’t bleak, it’s tough out there, but we’re lucky to be able to adapt.”

The COVID-19 pandemic has established a new, grim reality for craft brewers.

Even in better times, the industry faced challenges. The proverbial invisible hand of the market was already choosing its favorites, and saturation was threatening many breweries, including some in the Rochester area.

Related How many breweries can one town have?

How many breweries can one town have?
Monroe County and New York state have seen an explosion of craft breweries in the last 10 years. Gino Fanelli asks, Have we reached peak beer?
By Gino Fanelli
News
But throw in a health crisis of epic proportions, and the invisible hand is wielding a sledgehammer. Breweries that were not economically viable long-term now risk folding by autumn.

The pandemic is the perfect weapon against craft breweries — it annihilates the high-margin taproom sales, removes the keg distribution business, and forces belt tightening in an industry already operating on razor thin margins. 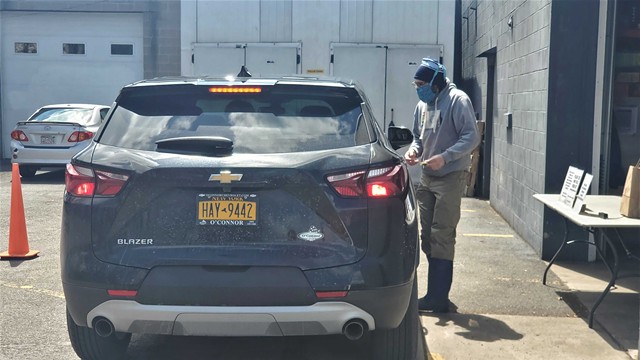 Stop by Swiftwater Brewing on Mt. Hope most days of the week and Andy Cook is selling prepackaged crowlers and four-packs from the brewery’s back door. Swiftwater turned to curbside pickup early in the pandemic, and is now shipping beers via UPS anywhere in New York.

“We lost a lot of money in March, but we’re at least breaking even now,” Cook said. “As long as that continues, we’re good for the foreseeable future.”

Swiftwater still made sacrifices. The brewery, like others, laid off part-time staff and cut production substantially.

Roc Brewing Co. is roughly the same size as Swiftwater, but has taken a different approach to staying afloat. After shutting its retail space to focus on packaging beer for distribution, Roc reopened two weeks ago and now sells pre-packaged beer curbside.

The brewery has not brewed a beer in a month, but is looking to begin contract brewing again for places like Bushnell Basin’s Seven Story.

“We were in a position to send beer to our distributors with cans and to fill crowlers from kegs,” owner Chris Spinelli said. “We didn’t have to keep production going, but a couple other breweries have been having success with curbside, so we’re looking to get back into some production.”

Spinelli said Roc could weather about four to five months of the current restrictions.

The loss of the taproom, the lifeblood of most craft breweries, cuts deep.

Three Heads, the largest craft brewery in Rochester, produces one of the best selling beers in Rochester, The Kind, and distributes to three states. Its taproom normally accounts for 25-30 percent of its revenue. 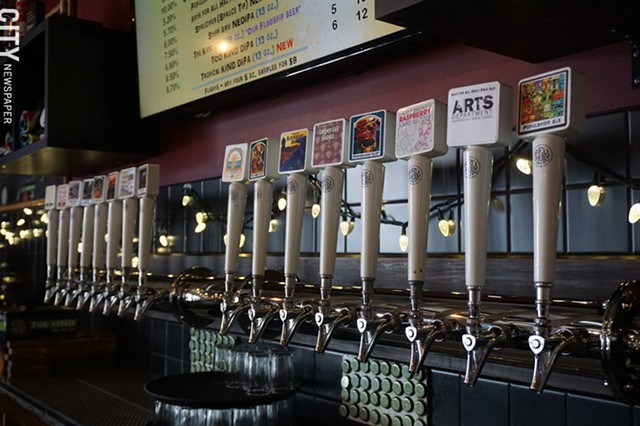 Co-owner Dan Nothnagle said the business can squeeze an extra $350 in revenue from a keg of The Kind by selling it for $5 a pint in the taproom compared to selling it to their distributor.

Keg and taproom sales, save for growler fills, are gone at this point. Three Heads has shifted to selling packaged beer out of the brewery, something it previously didn’t do.

The brewery employed about 30 people before the pandemic, some of whom have been laid off.

“Everything we’re doing right now is trying to stop the bleeding,” Nothnagle said. “But there’s no doubt the patient has been affected, if you know what I mean.”

At Swiftwater, Cook said that curbside sales are steady enough to offset about half its taproom losses.

Taprooms are essentially the entire business for small breweries.

Nine Maidens on University Avenue is a two-barrel brewhouse, making it the smallest commercial brewery in Rochester.

Owner Zeb Zimmerman said switching to crowler and can sales two days a week has helped keep the lights on, but isn’t enough to turn a profit. The brewery has lost about 80 percent of its revenue, he said.

“It’s not something that’s sustainable for a long time,” Zimmerman said. “Luckily, we don’t have bank notes due.”

With minimal debt in the brewery, Zimmerman said he could keep Nine Maidens open for as long as he felt like doing it but wouldn’t make any money.

“Just like before this, those breweries that had a low debt load are able to fare better,” Leone said. “The ones that can shift to packaged goods like crowlers and cans, that’s what’s really critical right now.”

With New York on pause until May 15, and possibly longer, Leone said some breweries will likely close and that the industry could change in some unpredictable ways.

But, he said, there are signs of hope.

“I think a lot are doing better than they expected,” Leone said. “It’s not great by any means, but they’re able to survive.”