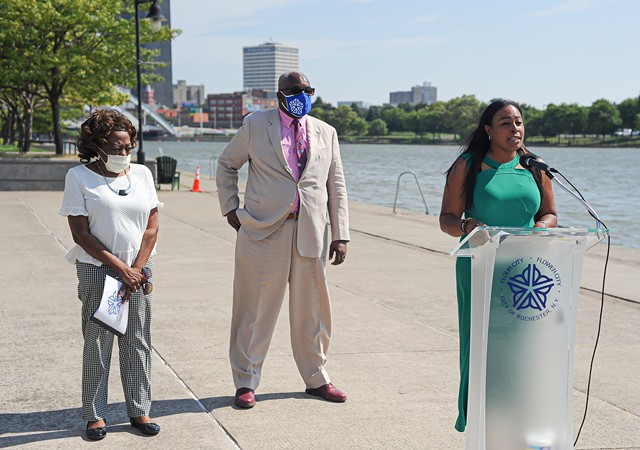 Residents of the Corn Hill neighborhood have long pushed for the city to replace the crumbling wall holding back the Genesee River from Exchange Street and their houses.The neighborhood association even put $40,000 into studies and plans for the project, according to Norman Jones, the city of Rochester’s commissioner of environmental services

In two weeks, city contractors will begin a project to replace the west side wall of the Genesee River from the edge of Corn Hill Landing to the Ford Street bridge. The project will improve the view of the river from Exchange Street, better protect the Corn Hill neighborhood from flooding, and provide public boat and kayak launches, Mayor Lovely Warren said during a news conference Tuesday.

The wall replacement is one of several projects to break ground this summer under the banner of Roc the Riverway, the city’s name for an initiative to redevelop and make better use of its waterfront. Work is under way on the Rundel Library terrace and at Charles Carroll Plaza, while crews began pouring concrete at Roc City Skatepark last week. Officials expect the skatepark to open in October.