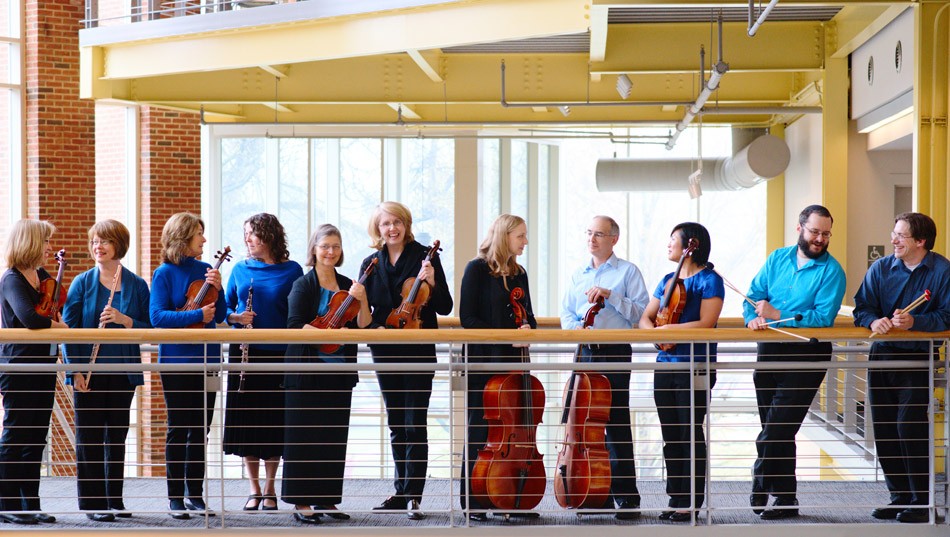 This year’s Days of Remembrance, the national commemoration of the victims and survivors of the Holocaust, has taken on a greater sense of urgency. The fatal shootings at synagogues in Pittsburgh and, most recently, San Diego, are reminders that anti-Semitism and hatred persist, and that as a country, we haven’t remembered nearly enough.

Led by its artistic co-directors Pia Liptak and Kathleen Suher, Cordancia Chamber Orchestra will present “Music from Terezín” on May 11 and 12. The program features the works of five composers who were sent to the Czech concentration camp Terezín during World War II: Hans Krása, Viktor Ulmann, Ilse Weber, Pavel Hass, and Gideon Klein. The five composers were eventually sent to Auschwitz. None of them survived the war.(The program will also include the music of contemporary composer Lori Laitman.)

But their music lives on. Cordancia’s concert feels intensely personal, functioning like a living museum piece that allows listeners to tap into what Jewish cultural life must have been like during the Holocaust. The concert program seems to be not only about remembrance, but also about the celebration of Jewish creativity, vibrancy, and tenacity in the face of unspeakable tragedy. The compositions, each in their own way, reflect that paradox.

Krása’s Theme and Variations for String Quartet alternates between robust rhythms, tense harmonies, and open-hearted melodies, suggesting a blend of strength and vulnerability. “Wiegala (Lullaby)” is a tender but haunting song by Weber. In this performance, a string arrangement replaces the original guitar accompaniment. Gideon Klein’s String Trio is both mercurial and cryptic.

The Nazis intended to use Terezín’s “cultural hub” image as a propaganda tool, to demonstrate what it insisted was its fair treatment of Jewish prisoners. Music and the arts were allowed to flourish in Terezín. Despite the starvation, deprivation, and mistreatment that prisoners experienced, music became a vital source of hope for them. “I think the role of music was really strong, and was really important,” Pia Liptak says. “And I think it was more than entertainment.”

Perhaps most notable is Krása’s opera for children, called “Brundibár,” which Kathleen Suher describes as “uplifting music.” An instrumental suite from the opera closes the Cordancia concert. Defiantly containing anti-Nazi imagery, “Brundibár” was frequently performed at Terezín and had memorable tunes that resonated with the Jewish children there.

The story of one of those children, Henry Silberstern, will be shared by his wife Beneta in a pre-concert chat, 30 minutes prior to each Cordancia concert. He would eventually be sent to Auschwitz-Birkenau, where he was one of only 89 – out of 500 boys between 12 and 15 years old – selected by the Nazi doctor Josef Mengele to work in labor camps, rather than be sent to the gas chambers. Silberstern would survive, the only one of his 54 family members and relatives to do so, and go on to reside in Rochester. He became a frequent public speaker, and also wrote the memoir “Lost Childhood” about his life experiences, before his death in 2016.

Cordancia Chamber Orchestra will perform "Music from Terezín" on Saturday, May 11, at Lutheran Church of the Incarnate Word, 597 East Avenue. The program will be repeated on Sunday, May 12 at First Presbyterian Church of Pittsford, 21 Church Street, Pittsford. Both performances are at 3 p.m. Free; donations are accepted.  cordancia.org.