The governor has said nothing about the election, but a state lawyer told a judge in open court the other day that Cuomo would set the election for April 28, the same day that Democrats are expected to pack polling sites for the presidential primary.

In hinting at his decision months ago, Cuomo claimed that combining the elections would save money. A special election for a seat spanning eight counties, like the 27th District, would certainly have a hefty price tag. Cuomo has put the figure at $1 million.

Special election to replace ex-Rep. Chris Collins expected to coincide with presidential primary
Republicans cry foul over linking the special election to the presidential primary, saying it will give Democrats an unfair advantage.
By Randy Gorbman
News
But the decision will come at another cost — credibility, for both the governor and the Democrat who may be elected. 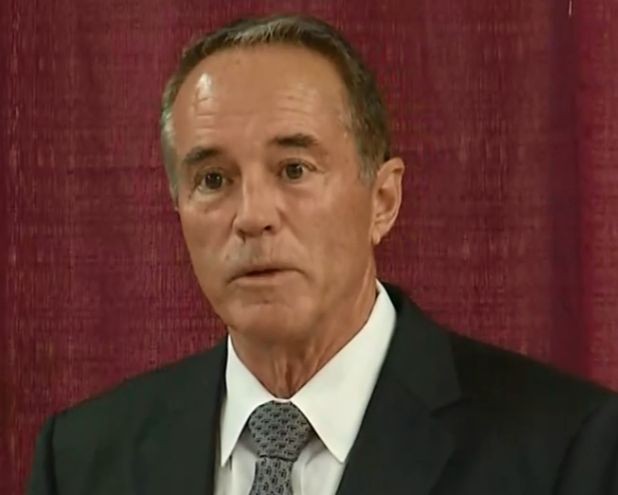 I grew up in Medina, Orleans County, right in the thick of the district. In my lifetime, that swath of suburban and rural western New York has been represented by folks like John LaFalce, Tom Reynolds, Kathy Hochul, and until recently, Collins, a Republican.

My family runs a few generations deep in the area and many of my relatives still live there. So do many of my former classmates, family friends, old neighbors, and so on. They are the people — retired autoworkers, a retired Kodak employee, a retired nurse, corrections officers, an occupational therapist, an office worker — who will play a part in electing Collins’s successor.

They’re liberal, moderate, and conservative, but they all share one thing: some level of skepticism or distrust of politicians and government.

Cuomo, a Democrat, is headed down a path that reinforces their skepticism and could undermine the integrity of the election.

State Republican Party Chair Nick Langworthy was on to something when this week he called Cuomo’s move “partisan manipulation” and “a slap in the face to western New Yorkers who won’t forget he put his own interests above their right to representation in Congress.”

Langworthy is a partisan himself, of course. But on this matter, he’s absolutely right.
Republican Monroe County Elections Commissioner Doug French clearly articulated the problem with holding the special election on the same day as the presidential primary.

That day, he noted, Democrats are going to turn out in droves to vote for any of the half-dozen presidential candidates who will be on the ballot.

Republicans, on the other hand, may not even have a primary in which to cast a vote. A few Republicans have announced their intent to challenge President Donald Trump, but none has made the ballot yet in New York.

Unaffiliated voters — the third largest bloc in the area — won’t be voting in any primaries.

Democrats will have a baked-in turnout advantage.

How is that fair? Republicans are rightly fuming. If the shoe were on the other foot, and it was a Republican governor who tried to pull this sort of move, Democrats would be understandably furious.

Nate McMurray, the former supervisor of Grand Island, appears to have the Democratic nomination locked up. He narrowly lost the election to Collins in 2018 and is an outstanding candidate. But if he wins the special election, many constituents will not accept his victory as legitimate.

The scenario promises to frustrate Democrats in the district, who will no doubt spend a lot of time and effort defending the result.

Incumbents typically have an advantage in any election, but the popular resentment toward McMurray or any other Democrat who will likely win in April has the potential to limit their tenure in Congress to a mere eight months.
Langworthy seems to understand what Cuomo doesn’t.

“(T)he people of NY-27 are being denied a voice because Andrew Cuomo is trying to rig an election,” Langworthy said.

A strong allegation that in this case is right on point.