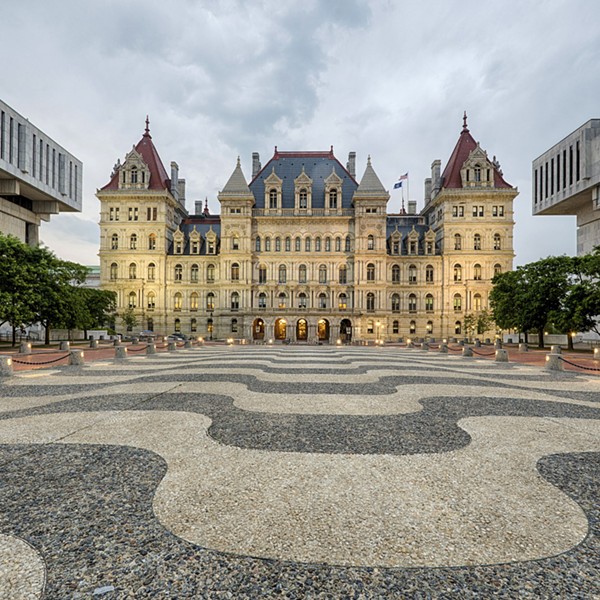 The proposal to hold a state Constitutional Convention, on the ballot in the November 7 election, deserves voters' serious attention. This will likely be the last chance in my lifetime to vote to bring real reform and democracy to New York State. We cannot throw away this opportunity because of a hysterical campaign based on exaggerated fears and outright falsehoods.

Claims that public employees will lose their pensions or that the costs of a ConCon will be hundreds of millions of dollars are simply wrong. Pensions are protected under the contract clause of the US Constitution, and the ConCon costs should not exceed $100 million – more likely $75-80 million. And if the ConCon is successful in reorganizing the state’s court system, that investment would yield an immediate $500 million per year savings to the state.

Fears that the “forever wild” protections or labor rights will be taken away are based on the unlikely assumption that the ConCon would be taken over by corporate hacks and that we would be helpless to stop them.

The irony in all of this is that both the proponents and opponents of a ConCon want the same thing – real reform of our state government through effective ethics enforcement, campaign finance reform, independent redistricting, and budgeting and finance policies that are transparent – reforms that will never ever be taken up by the legislature, and people who say we can do these reforms through the regular amendment process are dreaming. What this entire question boils down to is whether or not we can elect delegates who will attack these questions and come up with real solutions.

Should we rewrite New York's constitution?
New York's government has problems and a constitutional convention may, or may not, provide a way to fix some of them.
By Jeremy Moule
News
The opponents raise visions of corporate money flooding the state to elect delegates to do their bidding. This assumes that we the people are too stupid to recognize what is going on and do not have the capacity to counter with delegates who will do our bidding. If the ConCon is approved, we will have one year to both recruit delegates and develop specific platform commitments, including pledges not to touch those rights we are all rightfully concerned about, but which we might well strengthen.

Unions and NGO's are now spending millions of dollars trying to scare New York citizens away from the only chance they have to make real reform that cannot be blocked by the legislature. Those very same unions and NGO's are thus saying they are too weak or incompetent to wage a positive campaign and elect delegates we can have some confidence in. Let’s just throw in the towel and go another 20 years with worsening corruption, a rotting public infrastructure, and the business and population losses that go along with that.

Fortunately, there are many in this state who are willing to make the effort to do what needs to be done. We need that opportunity which only comes around once in a generation. But we can’t have a ConCon made up of knowledgeable and competent delegates unless we have a ConCon. So take that first step on November 7, vote “Yes” for the ConCon and then sign up on November 8 to work to elect the delegates we need.

And remember, the delegates to the ConCon cannot amend the constitution; they can only present proposed amendments to be voted on by we, the people. If they do fumble the ball – a highly unlikely prospect, given our history – the last word is still ours.

For an excellent rundown on the potential and risks of a ConCon, see the article titled "Constitutional Convention is New York's Only Opportunity for Change," by Peter Galie and Christopher Bopst, in a recent issue of City Limits.