COMMENTARY: Twitter is a bar and Trump is a blowhard barfly

ILLUSTRATION BY RYAN WILLIAMSON
If you can’t wrap your head around why Twitter’s ban on President Donald Trump isn't an abridgement of the president’s First Amendment right to free speech, try looking at the matter this way: Twitter is a bar and Trump is a blowhard barfly fixing for a brawl.

The moves by the social media companies has prompted cries of unconstitutional censorship. But nothing of the sort happened.

“Free Speech Is Under Attack! Censorship is happening like NEVER before! Don’t let them silence us,” the president’s eldest son, Donald Trump Jr., wrote Friday in a tweet that directed his followers to a website hocking his new book and inviting them to sign up to receive email from him.

Free Speech Is Under Attack! Censorship is happening like NEVER before! Don’t let them silence us. Sign up at https://t.co/835Eak6Ghi to stay connected!
If I get thrown off my social platforms I’ll let you know my thoughts and where I end up. pic.twitter.com/bO7wbfWWVr

Senators Ted Cruz from Texas and Marco Rubio from Florida expressed displeasure with Twitter. Secretary of State Mike Pompeo tweeted, “Silencing speech is dangerous. It’s un-American. Sadly, this isn’t a new tactic of the Left” and compared Twitter to the Chinese Communist Party.

Even the American Civil Liberties Union weighed in, with its lawyer Kate Ruane saying, “it should concern everyone when companies like Facebook and Twitter wield the unchecked power to remove people from platforms that have become indispensable for the speech of billions.”

What the social media companies did to Trump was perfectly lawful and had nothing to do with the First Amendment, which prohibits government censorship and does not apply to private businesses. An unconstitutional abridgement of the president’s rights would be a government crackdown on his speech.

Twitter, like Facebook and Instagram, is a privately-run platform for anyone to use responsibly. That doesn’t mean users can’t make jokes, push an agenda, or spout off some nonsense that bends or twists the truth. As any user of these platforms know, such behavior is par for the course. 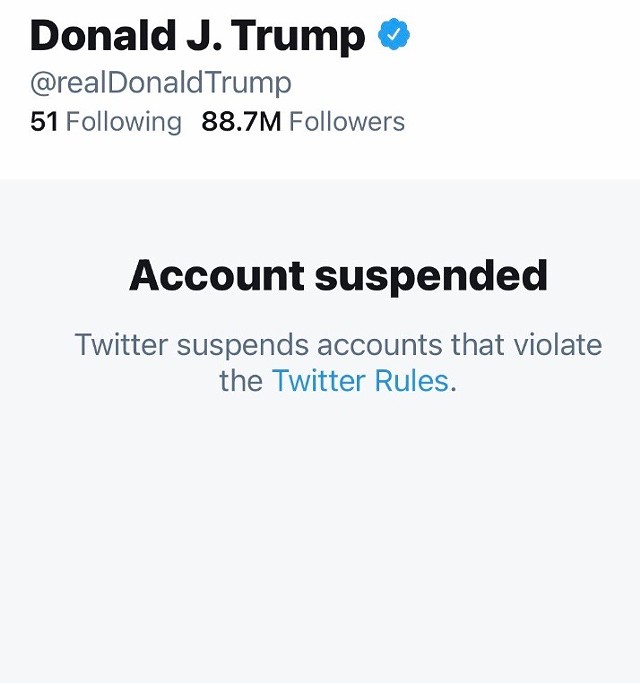 In that sense, the platforms are no different than a bar room, where people convene, exchange ideas, laugh, and in the process, sometimes lie. Bar owners, like social media companies, tend to have a high tolerance for nonsense. But when a blowhard causes trouble in a bar, the bar owner has every right to kick him out, and for good, if need be.

President Trump has been a troublesome blowhard on social media platforms for years. But his actions last week became a threat to public safety and democracy. Moves by the social media companies may be a form of censorship, but they are no more unconstitutional than the actions of a bar owner who bounces a blowhard fixing for a brawl.

There are other analogies.

In a tweet that has since gone viral, gay rights activist John Smith of Chicago posited that Twitter was like a Christian bakery and Trump was a gay wedding cake.

To anyone complaining about a private media company kicking Trump off their platform:

Think of Twitter as a Christian bakery and Trump as a gay wedding cake.#BanTrumpFromTwitter

He was referencing the 2018 Supreme Court case Masterpiece Cakeshop v. Colorado Civil Rights Commission, in which the court ruled that the bakery’s owner was free to refuse services to same-sex couples based on his own Christian beliefs.

Scott Malouf, a social media attorney from Rochester, says the situation is akin to a private company deciding it doesn’t want its products used in a certain way. 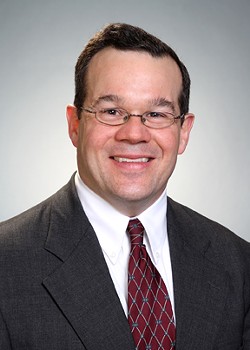 Content moderation is something news outlets have been practicing forever. When a newspaper receives 20 letters to the editor railing against the City Council’s plan to put a traffic signal at the corner of Slowpoke Street and Dawdle Drive, the newspaper might only publish a handful of them.

The blowhard neighborhood barfly always finds a new haunt. There are plenty of other ways for a man of Trump’s means and status to speak his mind to anyone who wants to listen. He can call news conferences. He can buy air time on TV and radio. He can record videos to be broadcast on his website. The president has reportedly been considering creating a “Trump TV” network.

That goes for Senator Josh Hawley, too, who called Simon & Schuster canceling plans to publish his book, “a direct assault on the First Amendment.”

Any American who values civil discourse should applaud the measures of the social media companies and pity the fact that they had to be applied to a sitting president. But none should claim an assault on the First Amendment.