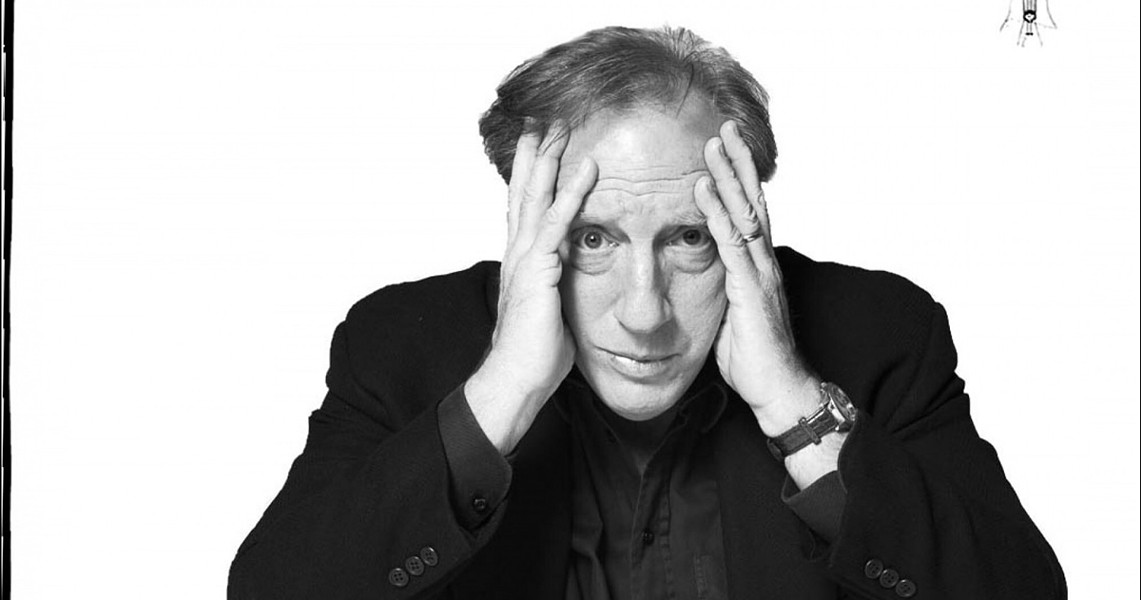 “All the time, when I’m writing — and this goes on for many, many years — the TV is on when I’m writing at home,” he says. “The volume is down, and it’s usually a show that I’ve seen before. 'Law and Order,' you know, 'SVU.' Something that’s not going to take my mind off my work, but it’s like a white noise in the background; there’s an ambience to it. And if something does catch my eye, between sentences or paragraphs, I’ll turn the volume up a little. But it is a constant companion.”

That companion has been good to Zweibel. He was a writer in the early days of "Saturday Night Live," spending five years there. He put the samurai sword in John Belushi’s hands. Gilda Radner was his friend, and he wrote a best-selling book about their relationship, "Bunny Bunny – Gilda Radner: A Sort Of Love Story." He wrote for "It’s Garry Shandling’s Show" and "Curb Your Enthusiasm" — TV with an irreverent edge. He’s won a Tony Award, four Emmy Awards and the Thurber Prize for American Humor. He and comedian Billy Crystal have co-written a new film that stars Crystal.

And the voices still come to Zweibel. His new book, his 12th, is "Laugh Lines: My Life Helping Funny People Be Funnier."

Zweibel will talk about all of that at 7 p.m. on Thursday, May 21, when Rochester’s Louis S. Wolk Jewish Community Center joins Zweibel’s virtual Facebook Live author talk and Q&A. It’s free through the JCC Facebook page, and it can also be found on the JCC website.

One advantage of these virtual visits is someone can be in several places at once. So along with the host venue in Indianapolis, venues in Rochester, Miami and Houston are partnering in the talk as well. And for an extra $10 (again through Facebook), you can stick around and chat with Zweibel through a special link.

As a young man, he worked stand-up comedy in the Borscht Belt, in the Catskill Mountains. But mostly, the 69-year-old Zweibel has been putting words in other comics’ mouths for five decades. He’s moved among the giants of comedy. Carl Reiner. Buck Henry. People who taught him “the business of being funny.”

“Basically, our job is to look at things a little bit askew,” he says.

And with the coronavirus pandemic death toll in the United States soaring past 90,000 this week, and more than 300,000 worldwide, something is very askew.

“Look, it’s so tragic,” Zweibel says. “All the obvious things, it’s so horrible. But you look at the virtual late-night shows, you look at what SNL is doing, you look online at what people are sending to each other — you know, humor is a coping mechanism. And as tragic as things are, and they’re horrible, right now, we have to look for a way to get through this. And one of the ways we can deal with it is, unfortunately, is being funny.”

“Of course, and it’s not always during times of pandemic,” Zweibel says. “You know, something happens in your family, there’s a tragedy, or it’s just a mood. You can’t be funny all the time. And those of us who do this for a living realize these things are cyclical, and you’ve got to ride out the dry spells. And, you know, strike while the iron is hot when it comes to looking at the world or looking at whatever it is that we’re writing about, or speaking about. And try to find the funny.”

And funny must find its audience sequestered at home, quarantined from the coronavirus. Just us and our TVs. Television is our link to the outside world. Television, which a former chairman of the Federal Communications Commission once famously said was “a vast wasteland.” When it comes to informing and comforting the nation, is it up to the job?

“Is television up to the job?” Zweibel says, repeating the question. “I think it’s up to the job, here comes the but … But it’s got to be careful what it has to offer. If we watch the news 24/7, we’re screwed. Yeah, it’s informative, but it’s depressing. And it riles you, whether you’re Republican, Democrat, young, old, whatever. But if you look at Netflix and Hulu and Amazon, and some of the outlets, the streaming outlets that are offering movies and original series, something, that’s what people are talking about.”

Zweibel has five grandchildren, ranging in ages from 4 to 11. “The 11-year-old, you can’t tell him anything other than the truth,” Zweibel says. “You know, he knows the name of the virus. He’s able to watch the news and see how many people have died, or have been hospitalized.”

And like the grandkids and their schoolwork, Zweibel now operates in a virtual world. He lives in New York City. Many of the people he’s collaborating with on scripts live in Los Angeles. Rather than jetting to the West Coast for a week, they do Facetime. Instead of speaking to 1,000 people in Boca Raton, Zweibel does Zoom chats with book clubs. He was going to do book events for "Laugh Lines" with comedian Lewis Black and the star of "Curb Your Enthusiasm," Larry David.

All gone. For a writer pushing a new book, it's bad comedic timing.

“As good as the technology is, right, I can’t hear laughter,” Zweibel says. “I know where the laughs are. I know that when I deliver certain stories, the jokes within the stories. I’ve done this long enough to know what my timing should be, where the laugh is, and the rise and crest of the laugh before I continue with the story.

“Now, if I look at, no matter how many people it is, virtually, I can’t hear them. They’re muted. They’re in their living rooms, they’re in the kitchen, they’re eating, you know, and I have to internally go, ‘OK, I just told this joke, beat … beat … beat … OK, now again, move on to the next sentence.’ So you don’t get that live feedback, which is an intimacy that you have with an audience. There’s a synergy there with a crowd; you don’t have that here.”

The coronavirus pandemic has shut down other avenues of Zweibel’s creative life. The new film he wrote with his friend, Crystal, is "Here Today." They had hoped to show it at the Cannes Film Festival, one of the biggest film festivals in the world, this month. But it’s been canceled.

“What are we going to do with it?” Zweibel asks, not expecting an answer from some guy in Rochester. “When are we going to release it? When will the movie theater open? Should we sell it to Netflix?”

The entertainment world, he says, is treading water. Will it ever get back to normal?

There are too many pieces to this game, like the 1,000-piece jigsaw puzzle Zweibel is working on now, as he shelters in place.

“Lambeau Field, you know, where the Green Bay Packers play,” he says. “It’s a full stadium. It’s a full house, so we have the field, we have the sky and the scoreboards, but it’s like 100,000 people in the stands. So that’s going to take a while.”