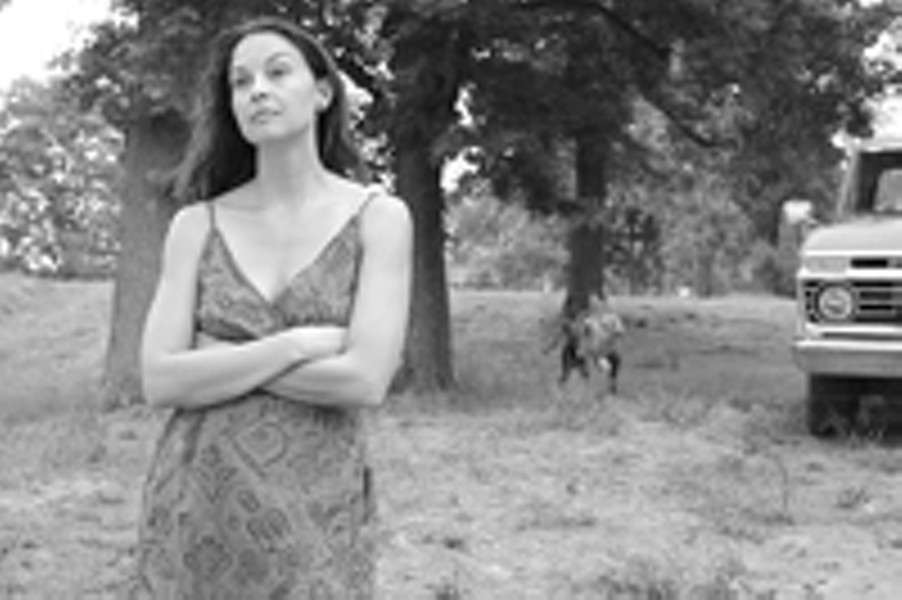 Our light, not our darkness

Filmmaking is still considered a man's game. Argue with me all you like, but if women behind the camera weren't an anomaly, film festivals like High Falls might be devoted to the cinematic contributions of the only slightly less fair sex. The scales, however, do continue to tip: two of this year's more interesting moviemaking debuts are not by boys, with each featuring powerhouse performances by their gutsy stars. One was honed to clichéd indie precision at the Sundance Screenwriters' Lab, while the other bears a title card with the somewhat surprising phrase "a film by Joey Lauren Adams."

Yes, that Joey Lauren Adams. The squeaky-piped star of Chasing Amy has written and directed her first film, Come Early Morning, a well-crafted character study of a scrappy Southern belle whose colossal daddy issues and abysmal role models in the relationship department have caused her to erect ramparts around her heart. Ashley Judd plays Lucy, and as Come Early Morning opens, she's cramming her underthings in her pocket and scramming a hotel room, hoping not to wake whoever it was she drunkenly landed underneath the previous evening. But Lucy's careful movements make her hasty retreat seem like second nature. We learn that they are, and when she meets Cal (Jeffrey Donovan, nothing special), we learn that she might want more than anonymous rutting if she had any clue how to go about it.

We also come to understand why Lucy is so reluctant to open up. Lucy's shy dad (Scott Wilson from Junebug, the go-to guy for reticent Southern fathers) is emotionally unavailable, a one-time womanizer likely wrestling with guilt over his family-wrecking ways. There are other baffling relations (including Diane Ladd and the late Pat Corley) who enable abusive affairs and then complain about them ad nauseam. But our point of view is represented by Lucy's romantically optimistic roommate (a very good Laura Prepon, That '70s Show), who encourages Lucy to give sober courting a shot when it looks like Cal might be a keeper. Is he? Maybe. This is independent filmmaking, so you never can tell.

Judd's aloof beauty often renders her majorly unsympathetic, but the complex Lucy really isn't supposed to be all that likable. We root for our heroine, though, even as she makes her questionable choices, and Judd turns in her finest performance since her leading-lady debut in 1993's acclaimed Ruby in Paradise. Arkansas-born Adams, who also hit the scene in 1993 with Dazed and Confused, shows a fond familiarity for her characters and their way of life, filming in her childhood stomping grounds. Cinematography buffs may be underwhelmed by Tim Orr's serviceably sun-soaked imagery, but that's only because they've come to expect more from Orr, who usually makes Southern tedium look like the loveliest thing you've ever witnessed.

By contrast, Maggie Gyllenhaal is completely accessible as an actor, her wide blue eyes beating a direct path to her soul and her shoulders hunched as though she's totally oblivious to her quirky splendor. In SherrybabyGyllenhaal nails the role of Sherry, a former junkie and current ex-con trying to reassemble a life that included a young daughter, and she recently earned a Golden Globe nomination for her trouble.

Sherry begins to adjust to life on the outside, with a gruff but kind parole officer (you will recognize Giancarlo Esposito) and a tentative entanglement with a fellow recovering addict (Latino tough Danny Trejo in a rare romantic role) to keep her on the straight and narrow. But old habits die hard, as they say, and soon Sherry is giving some icky opportunist the job he wants in order to get the job she wants and fighting the urge to turn to her old pal heroin. Sherry's primary focus is always her daughter, though she's engaged in a power struggle with her well-meaning sister-in-law for the confused little girl's affections.

Filmmaker Laurie Collyer began developing her first feature film at the Sundance Institute in 2001, and the results showcase compelling secondary characters (watch for Brad William Henke as Sherry's gentle lummox of a brother) and a cinema verité sensibility that serves its bleak subject matter well. Sherrybaby veers into formulaic territory, most of Sherry's actions coming as no great shock, especially her selfish third-act desperation. But Gyllenhaal's fearless performance keeps you watching, and it keeps you caring.