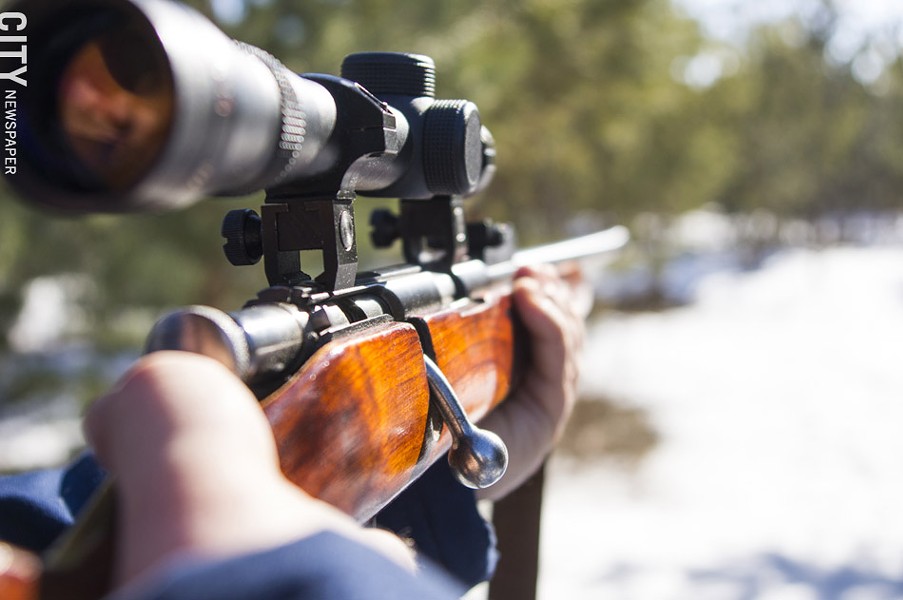 New York has a long history of regulating guns, from the 1911 statute that created the state's pistol permit requirement to the sweeping 2013 SAFE Act. And practically every one of the measures has met opposition from the gun industry and gun rights supporters.

Representative Chris Collins, an Erie County Republican who represents a small part of Monroe County, fits right into the pattern. Collins recently introduced the Second Amendment Guarantee Act (H.R. 3576), which would prohibit states from placing regulations on shotguns and rifles that go beyond federal ones; the proposal doesn't deal with handguns. In his press release announcing the bill, Collins made it clear he was targeting the state's SAFE Act, which has vocal opponents across his district.

"This legislation would protect the Second Amendment rights of New Yorkers that were unjustly taken away by Andrew Cuomo," Collins said in a press release announcing the bill. "I am a staunch supporter of the Second Amendment and have fought against all efforts to condemn these rights. I stand with the law-abiding citizens of this state that have been outraged by the SAFE Act and voice my commitment to roll back these regulations."

If Collins' proposal goes through, it would torpedo the state's assault-rifle regulations, which date back to Republican Governor George Pataki's administration. The SAFE Act tightened the definition of assault weapons, required anyone who owned a gun fitting that definition to register it with state police, and banned sales of semi-automatic rifles and shotguns with certain features, such as folding stocks, pistol grips, or flash suppressors.

The SAFE Act, just like the state's 1994 assault weapon ban before it, limits the capacity of magazines to 10 rounds.

If Collins' bill passed, it would likely knock out some other crucial protections, says Gary Pudup, a Greece resident and the Finger Lakes representative for New Yorkers Against Gun Violence. New York and the federal government both require gun dealers to perform background checks on anyone buying a rifle or shotgun. But New York – along with a handful of other states – requires sellers in private rifle or shotgun sales to perform background checks of prospective buyers, Pudup says.

The idea is to make sure that people who cannot legally possess guns – convicted felons, people with orders of protection against them, people who have been involuntarily committed to a psychiatric facility – have a harder time skirting mandated background checks. And federal laws don't require background checks in private sales, Pudup says.

"It's very poorly thought out," Pudup says of Collins' bill. "If all he wanted to do was repeal the SAFE Act, that's a state law. He could have worked at the state level. But he didn't, and it's so vague and broad."

Collins' bill doesn't appear viable right now. It's been sitting in the House Judiciary Committee since its introduction at the end of July, and the only cosponsors are Tom Reed, the Republican who represents a neighboring district, and David Valadao, a California Republican. It also has no matching bill in the Senate.

Pudup says the legislation isn't a credible threat at the moment, but it shouldn't be dismissed, given the current political climate. He also sees another purpose to the bill: Collins, who aligns himself closely with President Donald Trump, will have an opponent in his 2018 reelection bid. A 26-year-old Buffalo Republican, Frank Smierciak, announced plans to challenge Collins in a primary election. And Democrats say they plan to run hard against Collins; the party is already recruiting candidates, though some high-profile party members passed up the opportunity.

"Clearly there's a political strategy on his part to get the gun people behind him," Pudup says.