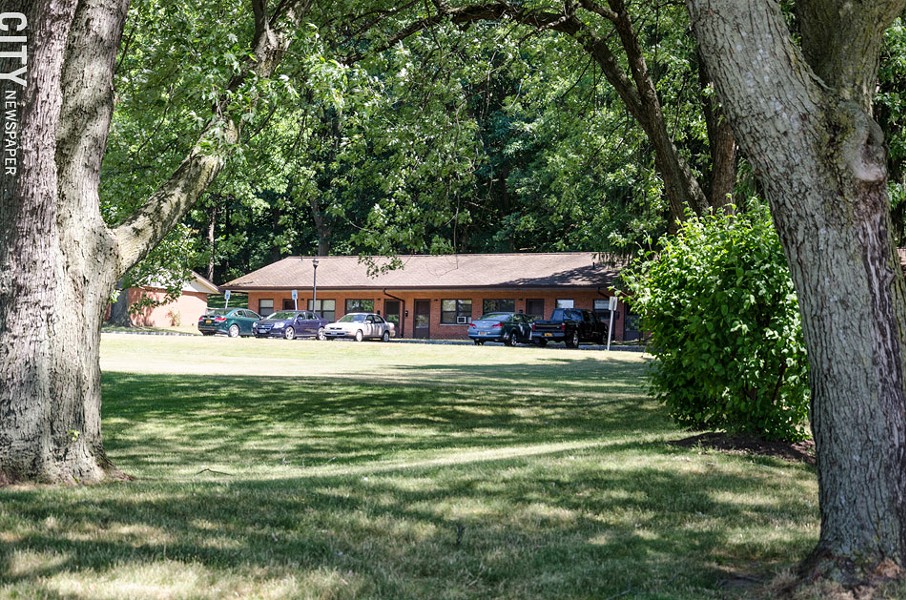 The public often has a love-hate response to new developments, even in a city with anemic growth like Rochester. When the proposal involves one of the city's favorite historic and recreation sites – Cobbs Hill Park – you can count on some strong resistance.

That's the situation with a proposal from Rochester Management, Inc., the nonprofit that owns Cobbs Hill Village, a modest apartment complex for seniors nestled on a parcel carved out from the park on Norris Drive. The company wants to demolish six one-story buildings housing 60 small apartments and replace them with two four-story buildings. The new buildings would each house a mix of affordable and market-rate apartments.

Rochester Management says remodeling the aging buildings isn't cost-effective. But an array of neighbors, environmentalists, and many of the apartment's residents strongly oppose the proposal.

As protests against the proposal increased last week, Mayor Lovely Warren agreed with the critics that the development isn't appropriate for the site, and she said her administration would ask Rochester Management to revise its plan. It may be hard to come up with a plan that will please everybody, though.

The Upper Monroe Neighborhood Association says that if the current buildings are demolished, the property –a privately owned parcel within Cobbs Hill Park – should become parkland. The deed to the parcel, the association says, indicates that ownership should revert to the city once the mortgage has been paid off. But city attorney Brian Curran says that in 2009, Rochester Management refinanced the property and the city extended the reversion date to 2041.

Rochester Management's proposal would require removal of some trees, and members of the Sierra Club and Friends of Washington Grove say they're worried about the 200- to 250- year-old trees in the park's nearby Washington Grove. Old-growth trees are rare within a city, and the environmentalists say they don't want a precedent created that might threaten them.

The neighborhood association and environmentalists argue that a widely used public park isn't suitable for housing and that two large buildings and increased traffic will drastically change the park. Expanding the park makes more sense, they say.

But Rochester Management is an organization with legal rights, and the property is zoned for high-density residential use. In addition, it has to cover the costs of operating the apartment complex.

Not always mentioned in the discussion about parkland, trees, and building size, though, are the current residents of Cobbs Hill Village. If a new plan calls for replacing or eliminating the buildings, it will displace the residents, at least temporarily. Tenants say that they were told that monthly rent for the less expensive units in the new buildings would be $657. Some of them are paying only in the $300's now.

And some residents say they waited a year and longer for their apartment, and they would would have to reapply for an apartment in one of the new buildings. So they're trapped, not knowing whether they'll be able to live in Cobbs Hill Village in the future or should start looking for a new permanent home.