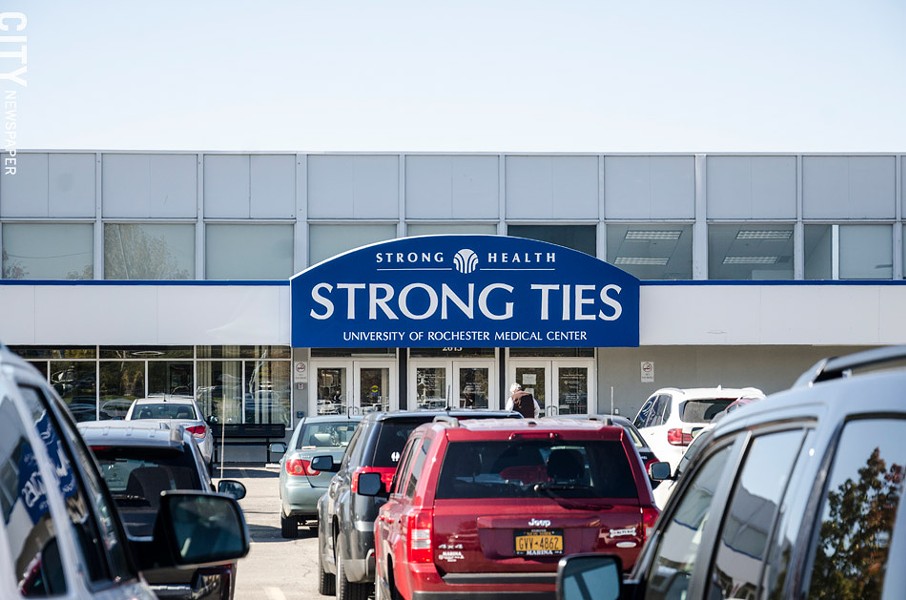 The health system wants to move Strong Recovery — which treats alcohol and drug dependency, including opioid addiction — from Strong Memorial Hospital's R-Wing on Crittenden Boulevard to the Brighton Business Center at 2613 West Henrietta Road so that the program can grow.

UR Medicine plans to move the program in late spring, and will need a building permit from the Town of Brighton for some interior work at the site.

But some of the complex's West Brighton neighbors are troubled by one aspect of Strong Recovery: its outpatient methadone clinic. At a recent public meeting on the reorganization plan, a few residents worried that patients would commit crimes in the adjacent neighborhoods. One resident, who wouldn't give his name, said he's worried about patients "wandering around our neighborhood."

Other speakers asked about security at the site and how the methadone clinic works.

At the new site, the opiate treatment program would be able to serve approximately 500 patients a year, he said, and the drug and alcohol program would accommodate 400.

UR Medicine officials said that the Brighton Business Center is a logical site because the University of Rochester and its health system already have operations there. And the site is easily accessible by bus and car.

The methadone clinic is more accurately called medication assisted treatment. Patients are administered medications such as methadone and buprenorphine to ease withdrawal symptoms from drugs including heroin and oxycodone, Seche said. Most of the patients in the opioid program have prescription pill addictions, he said.

"That's a growing problem," he said, "especially among young people."

Patients who receive the medications have to comply with strict criteria, including routine drug screenings, Seche said. And many work or attend school, he said.

UR Medicine plans to have two security officers on the site at all times. One will be stationed in the parking lot and will make sure that patients don't hang around the office after treatment, said Mark Fischer, University of Rochester's chief of public safety.

Brighton Police Chief Mark Henderson told residents at the meeting that the university has been responsive to town concerns about staffing and appearances at the site. The residents, town, and UR Medicine can work together to address any issues, he said.

Society is struggling with opioid addiction, Henderson said, and his officers often see the consequences. Treatment, he said, is essential to address addiction.