Climate out of control 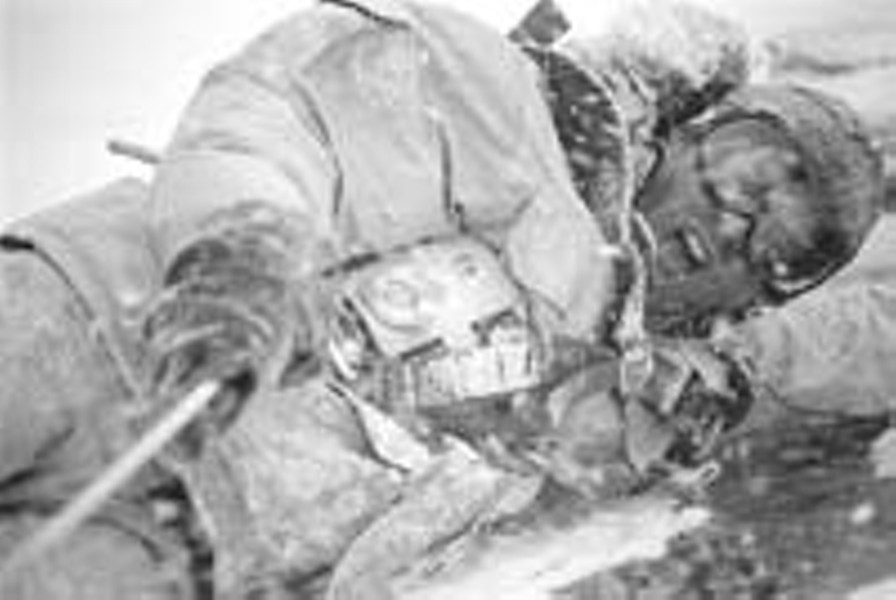 Twentieth Century Fox At least it isnt melon-sized hail: Dennis Quaid in The Day After Tomorrow.

In addition to all the millions spent on the familiar publicity blitz and the subsequent stories and interviews in that coalition of the willing known as the media, in the movie business, context still counts. In the decade leading up to the year 2000, the apocalypse that never arrived (remember the disappointment of certain segments of the religious community?) fired up millenarians all over the globe and inspired the film industry to rattle the multiplexes with several excessive and definitive disaster spectaculars.

In those alleged end times, they naturally dealt with larger catastrophes than the ho-hum stuff of volcanoes, skyscraper fires, and overturned ocean liners, choosing instead such serious threats as an atomic bomb in Key West (True Lies), a gigantic asteroid on a collision course with Earth (Armageddon), and an all-out invasion from outer space (Independence Day), incidentally increasing the ante for any subsequent disaster specialists.

Roland Emmerich's Independence Day (1996) thrilled the right-wing commentators. They cheered the alien attacks on the White House and the Capitol --- before 9/11 those folks, faithful to their ancient desire for totalitarianism, dreamed of such destruction --- and claimed it proved the necessity for Reagan's favorite hallucination, the Star Wars missile defense system.

Now Emmerich's latest work, The Day After Tomorrow, has inflamed the usual crybaby conservatives and fickle former fans by positing an apocalypse based on rapid climate change, the result of global warming. The notion that humankind, not God, will end the world may be one of the reasons for the clamorous whining from the right.

The film exaggerates its now familiar concept, frequently and vociferously debated in the media, by creating a constellation of drastic global climatic events linked to a shift in the Atlantic Current --- devastating tornadoes in Los Angeles, melon-sized hail in Tokyo, the splitting of an Antarctic ice shelf, three polar hurricanes descending southward across Europe and North America.

Jack Hall (Dennis Quaid), a paleoclimatologist studying ice samples from the past, predicts the disaster. But of course the political leadership in the person of the Vice President (Kenneth Welsh credibly imitating the man I like to think of as the late Dick Cheney) dismisses him with all the arrogance of ignorance.

Multiplying more rapidly and extensively than even Quaid predicts, the virtually simultaneous catastrophes destroy hundreds of cities and kill millions of people. A great tidal wave swamps New York City, where Quaid's son Sam (Jake Gyllenhaal) is participating in an academic competition, which thus turns the movie from a disaster film into a survival story. When the rapid temperature drop flash freezes all life in a matter of seconds, and Quaid and two of his colleagues journey from Washington to Manhattan to save his son, holed up in the New York Public Library, it then also turns into a rescue flick.

A couple of personal stories play out against the background of the great disaster, one involving Quaid and his estranged wife (Sela Ward), the other Sam and the young woman he longs for (Emmy Rossum). In a Hollywood tradition even older than disaster flicks, both ooze the usual slick cuteness and sentimentality, and any viewer will guess how both turn out.

The director interweaves the stories, showing Sam, his schoolmates, and scores of New Yorkers attempting to survive the floods and the cold in the library. Sadly, they burn books to keep warm, for some reason neglecting all the chairs, desks, and tables in the grand reading room. In a nice touch, one librarian saves the Gutenberg Bible, the first printed book, in order to preserve one of the greatest achievements of civilization.

While Sam and his crowd shiver among the books, Jack and his friends, experienced in coping with Antarctic conditions, struggle through the ice, snow, and wind, first in a truck, then on foot, dragging their sleds. At the same time the picture now and then shows the courage of Jack's wife, a physician, who chooses to stay in the hospital with her patient, a child suffering from cancer, rather than risk his life in an attempt to escape.

Despite those noble and inspiring stories, the special effects necessarily constitute the actual substance of the movie: the mammoth storms, the devastating tornadoes, the fantastically accelerated freezing, the great tidal wave all display the derangement of climate on a massive scale.

The real star of the film, however, is New York City, its universally recognizable skyline inundated, the Empire State Building half sunk in water, the Statue of Liberty bravely lifting her torch above the waves, a huge freighter floating up Fifth Avenue, and one of the world's great libraries serving symbolically and actually as a haven for a threatened civilization.

With the late Dick Cheney and his notorious energy task force in operation, those fantastic images may someday become fact and this disaster film will become a sort of prophetic documentary.

Movie Reviews The Day After Tomorrow