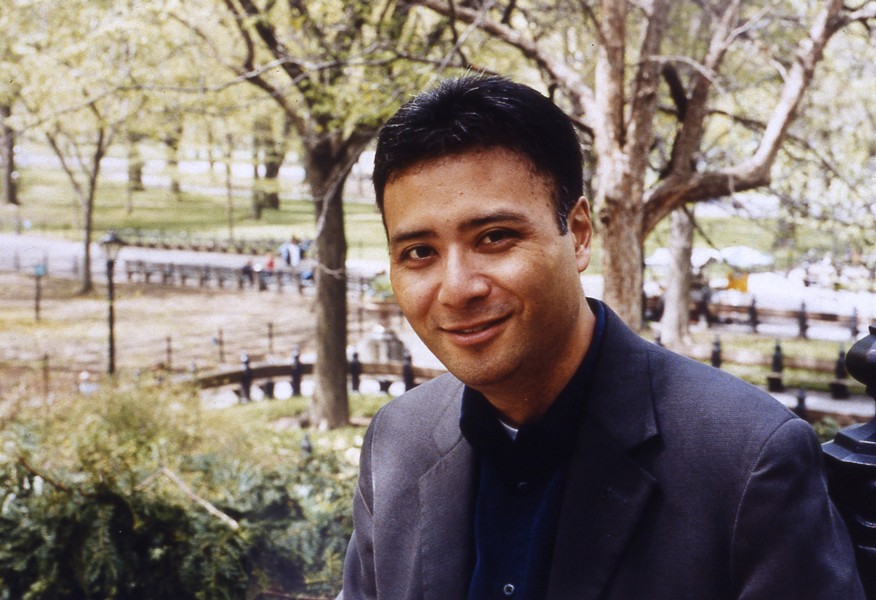 PHOTO BY SARAH SHATZ On Thursday, January 31, Jon Nakamatsu's finely judged reading of Beethoven's Second Piano Concerto was not only drop-dead elegant, but also full of the composer's signature energy.

The ability to program an interesting concert is one of the less-celebrated weapons in a conductor's arsenal. On Thursday night, Rochester Philharmonic Orchestra Music Director Ward Stare's programming was inspired. The conductor paired Rachmaninoff's "The Isle of the Dead" - Russian late-Romanticism par excellence - with the work that is still the coolest kid in the modernist class, Stravinsky's "The Rite of Spring."

These two works indeed have almost nothing in common, but they did bookend an engrossing concert. Add in a favorite soloist, pianist Jon Nakamatsu, in a delightful performance of Beethoven's Second Concerto, and you have quite a satisfying menu.

Like Beethoven's Ninth and a few other standard repertoire works, a performance of "The Rite of Spring" is always an event. This 1913 ballet score no longer causes riots when it's performed, as it reportedly did at its premiere. It's a pity; I'd kind of like to see a ruckus at an RPO concert.

Now more than 100 years since it was written, Stravinsky's "Rite" is a beloved piece, which is odd for a ballet depicting a human sacrifice. I certainly love it. Ward Stare certainly does too, though his cold, objective interpretation might be described as tough love. This approach would not work for Beethoven's Ninth, but it's just fine for Stravinsky, whose musical objectivity yields beauty.

"The Rite of Spring" abounds with first-chair solos, and the RPO's playing of them was beautiful and detailed - highlighted by Matthew McDonald's reading of the bassoon solo, which gets the piece off to such an arresting start. Another poignant moment was the quiet, syncopated duet for muted trumpets in Part II, with amazingly focused pianissimo playing from Herb Smith and Paul Shewan.

The appeal of "The Rite of Spring" is not just in the rhythms, but also in the Russian folk-inspired melodies, in which a few notes twist and turn within narrow intervals. Just don't expect to hear them on soaring violins: The melodic interest is almost entirely in the wind and brass sections. The RPO string section seemed to enjoy playing all its slashing, crunchy chords Stravinsky seems to use the strings almost as percussion instruments. As for the percussion, it was startlingly precise, and indeed, just plain startling in places - all to the good in this piece.

The RPO does not play this piece all that often, and last night's performance faltered here and there. In Part II's "Evocation and Ritual of the Ancestors," we heard a jarring measure or two that could only be described as a near-train wreck.

Stare and the orchestra quickly got back on track, however. The brief mishap apparently energized them, since the piece's conclusion was very exciting and very accurate. Tentative moments aside, once this "Rite of Spring" hit its last shrieking chord, I'd have been happy to sit through it again, immediately.

Rachmaninoff and Stravinsky only met once, during their mutual exiles in Beverly Hills in the 1940's. They interacted cordially then, and on this program their music interacted very effectively, as Stare balanced the barbaric yawp of "The Rite" with Rachmaninoff's lusciously morose "The Isle of the Dead" - two works written a few years apart that could hardly be more different. Stravinsky once sniffed that Rachmaninoff the composer was "a painter in oils," and in fact this tone poem, written in 1907, was inspired by a famous, death-haunted painting showing a soul being rowed to a mysterious island in a tiny boat.

Rachmaninoff's orchestral color scheme here is dark, darker, darkest, and the mood is obsessively melancholy. The opening, evoking a boat's oars constantly dipping into deep waters, is in a seesawing 5/8 time signature. There is a bit of respite in the contrasting lyrical section - perhaps a dead soul reflecting on the past life - a tremendous climax, and at the very end, the "Dies Irae" chant from the Mass for the Dead. The journey is over.

This item is definitely not in the RPO's heavy rotation, but the orchestra played it handsomely, in an interpretation whose dark veneer was perhaps more elegiac than powerfully tragic.

As writers of program notes never tire of pointing out, Beethoven's Second Piano Concerto is not actually his second, but his first. It is also routinely described as the most conventional of Beethoven's piano concertos. It is definitely not heaven-storming Beethoven, but it is an imaginative and substantial piece. The great pianist Glenn Gould called it "remarkable," and if you need more proof, Beethoven himself played it frequently in his early, piano-virtuoso years.

The Second Piano Concerto also strikes me as a work that is smack in the middle of Jon Nakamatsu's sweet spot as an interpreter. "Elegant" can be a two-edged adjective in describing a performance; Nakamatsu's finely judged reading of this concerto was not only drop-dead elegant, but also full of Beethoven's signature energy. The pianist added just enough percussiveness to lyrical passages to keep them from drooping, and his playing of the "Adagio" was hypnotic, particularly at the end: wonderfully focused and wonderfully poetic.