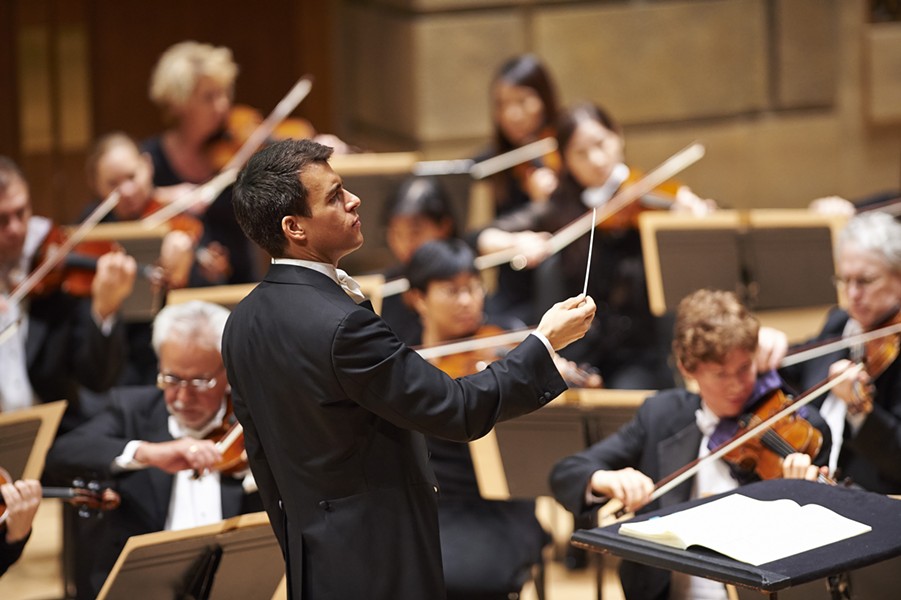 On paper alone, the Rochester Philharmonic Orchestra's February 2 program already had me hooked: Mozart, Stravinsky, and Hovhaness is an intriguing combination of composers and styles, to be sure. The audible result was no less satisfying. Music Director Ward Stare continues to lead the RPO with a steady hand and a nuanced approach.

Alan Hovhaness's "Prelude and Quadruple Fugue" is difficult to pin down; it's a beautifully enigmatic yet shifty work. The violins were especially lithe in their execution of the exotic melody, and when the cellos came to the fore, frenetic and tumultuous, the connective tissue between this concert opener and Mozart's headlining "Requiem" became apparent.

Igor Stravinsky excelled at presenting musical fragments as the whole, distilling the essence of an entire composition into a flurry of ecstatic moments. And although the jaunty rhythms and chunky, dissonant chords that dominate the first movement of Igor Stravinsky's Symphony in Three Movements recall his most ecstatic work -- "The Rite of Spring" -- this symphony is decidedly more straightforward.

Stare's conducting was both measured and evocative. And the effortless fluidity of the orchestra's phrasing, particularly in the second movement, indicated Stare's musical sensitivity.

Where much of Mozart's compositional output comes off as technical and restrained, the "Requiem" feels all-encompassing, overcome with broad, sweeping emotion. The more effusive the performance, the better the "Requiem."

Stare's interpretation seemed to reflect this attitude, accentuating the music's natural exuberance without sacrificing precision and prowess. And there was no better case in point than the Eastman-Rochester Chorus. Its performance of the "Kyrie" was impressive, and the "Sanctus" was triumphant. But it was during the "Communio," in which the choral phrases could have easily become treacherously muddy, that the chorus's limber articulation was invaluable. Without it, the music would have been reduced to noise.

That said, the sopranos and altos were too subdued in the "Rex tremendae," and the absence of attack undercut the impact of Mozart's fearsome orchestration.

As for the soloists, the female voices sparkled with poignancy, while the male soloists sounded almost resigned to the background. Soprano Kathryn Lewek was especially powerful, her voice cutting through the sea of sounds with a piercing clarity of tone that never lacked in lyricism.

This excellent rendition of the "Requiem" led me to wonder how this combined ensemble of orchestra and chorus might interpret other masterworks of the choral repertoire: J.S. Bach's "St. Matthew Passion," Felix Mendelssohn's "Elijah," or Benjamin Britten's "War Requiem."

A strong showing, the entire concert suggested that the RPO has indeed arrived at its signature sound under Stare. The transition toward stability feels complete.