Classical review: Pegasus's "The Secret of the Muses" 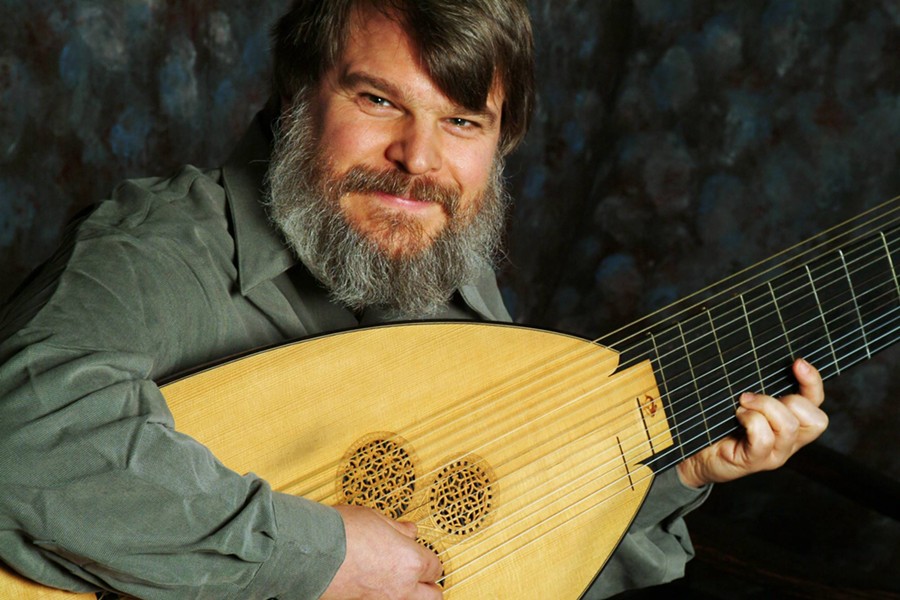 The 17th century French lutenist and composer Jacques Gaultier was once praised for "the goodness of his hands -- the most swift, the neatest, and most even that ever were." That's also an accurate paean for 21st century lutenist Paul O'Dette, who offered a blissful solo recital on Sunday afternoon as part of the Pegasus Early Music series. O'Dette has been at the top of the early-music world in America and Europe for decades now, and while he lives in Rochester (he teaches at the Eastman School of Music), he does not perform here very often, or at least not often enough.

"The Secret of the Muses" -- the title of Sunday's concert and of an O'Dette recording -- explored the Lute Book of Lord Herbert Cherbury, a massive (242 pieces) source of music by leading English, French, and Italian composers of the late-16th and early-17th centuries. O'Dette's program delved into all three, with music by Nicolas Vallet, two members of the esteemed Gaultier family, Giovanni GirolamoKapsberger (thoroughly Italian despite his German name), and two Brits, Robert Johnson and Daniel Bachelar.

Lord Herbert (1582-1648) was James I's ambassador to France, and had modish but excellent musical taste. All these composers were outstanding examples of their native styles: "the Italians emphasized virtuoso passagework and searing dissonances; the French elegance and delicacy; and the English tunefulness with beautifully proportioned ornamentation," as O'Dette puts it succinctly in his own program essay. But, he goes on to say, these composers also borrowed from each other, producing a more cosmopolitan musical style in the process.

These composers were also fascinating individuals with complicated lives, moving all over Europe to escape prosecution for murder (in Jacques Gaultier's case) or persecution for religion (Nicholas Vallet, a staunch Protestant in highly Catholic France, headed to Amsterdam). Interesting backgrounds for music that can superficially seem like quaint entertainment. In fact, along with the usual Renaissance rhythmic dances and melancholy ballads, a couple of the pieces on this program were extremely substantial sets of variations on pop tunes of the day, presented in an imaginative virtuoso style that often required retuning of the lute strings.

O'Dette performed 28 selections from Lord Herbert's playlist with an easy virtuosity and complete authority. As a performer, he doesn't give a reviewer too much to write about -- no swashbuckling or idiosyncratic behavior (although he does screw up his face a little when he's executing a "searing dissonance"). Basically he just sits there and plays ... well, perfectly, producing a rain of precisely placed notes like Jupiter's shower of gold.

He dispatches challenging virtuoso fingerwork and rhythmic complications as so much elegant fun, and he is perhaps an even more treasurable performer in simpler music: his rendition of Vallet's brief "Pavaneenforme de Complainte," to pick an example at random, struck me as about as perfect as a performance can be. The muses don't seem to be keeping many secrets from O'Dette.