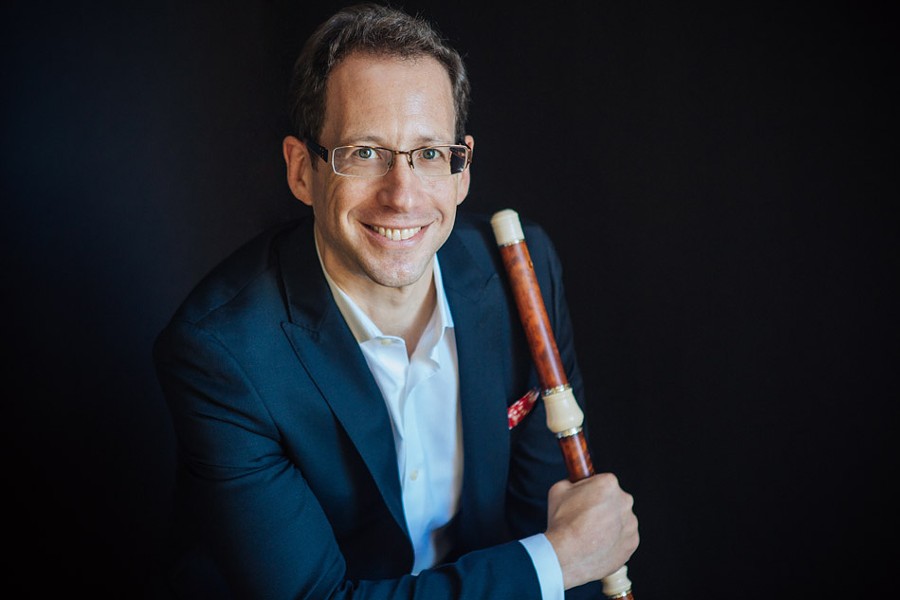 Paris in the pre-guillotine 18th century was a European center of arts, ideas, and fashion, which were often discussed and created in salons. The fashions included music, and chamber music in the French style — tuneful, light-textured, and highly agreeable — accompanied many of these high-toned get-togethers. For its concerts this weekend, Publick Musick will recreate a Paris salon, with an array of elegantly-turned music, including one of the so-called "Paris Quartets" by Georg Philipp Telemann, a cello sonata by Jean Barrière, and a violin sonata by an especially interesting character: the Afro-French virtuoso violinist, composer, and fencing master le Chevalier de Saint-Georges. The 21st century musicians at the party include Publick Musick directors Boel Gidholm and Christopher Haritatos in baroque violin and cello respectively, with James Bobb on harpsichord. Rounding out this civilized Parisian conversation is the notable baroque flutist Steven Zohn (pictured).