City moves to foreclose on CityGate, claims developer owes $737,000 in back taxes

March 09, 2021
The city of Rochester is seeking to foreclose on several commercial properties within the CityGate complex owned by the developer Anthony J. Costello & Son and its subsidiaries, claiming the companies have neglected to pay some $737,000 in property taxes over the last three years. 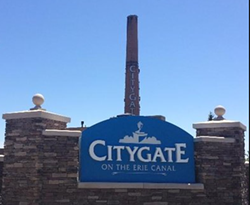 The allegations were outlined in a complaint filed in state Supreme Court on Monday.

“Upon information and belief, defendants Anthony J. Costello & Son (and its subsidiaries) have been collecting real estate tax payments from commercial tenants at the properties under the terms of their leases, and have kept those tax payments instead of turning them over to plaintiff,” the complaint reads.

CityGate sits on eight acres of the city's southern border with Brighton off of Westfall and East Henrietta roads, and is anchored by a the national discount store Costco and a distinctive brick smokestack adorned with the CityGate logo. 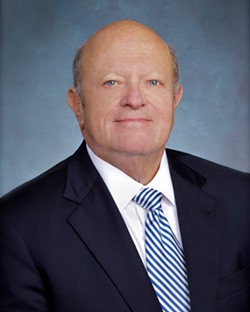 The lawsuit is the latest blow to the development company founded by the late Anthony Costello, who prior to his death in 2016 was considered one of the most forward-thinking developers in the area.

Two years ago, Monroe County ended a tax abatement deal that would have saved Costello & Son $44 million over two decades had the $177 million CityGate project unfolded as proposed. That tax arrangement was cut short in part at the insistence of the city, which at the time complained that the company was $700,000 in arrears on property taxes.

A Democrat and Chronicle investigation in 2018 reportedly found that the company owed $2.2 million in school, town, city, and county property taxes.

Phone messages left with the company after business hours on Tuesday was not immediately returned.