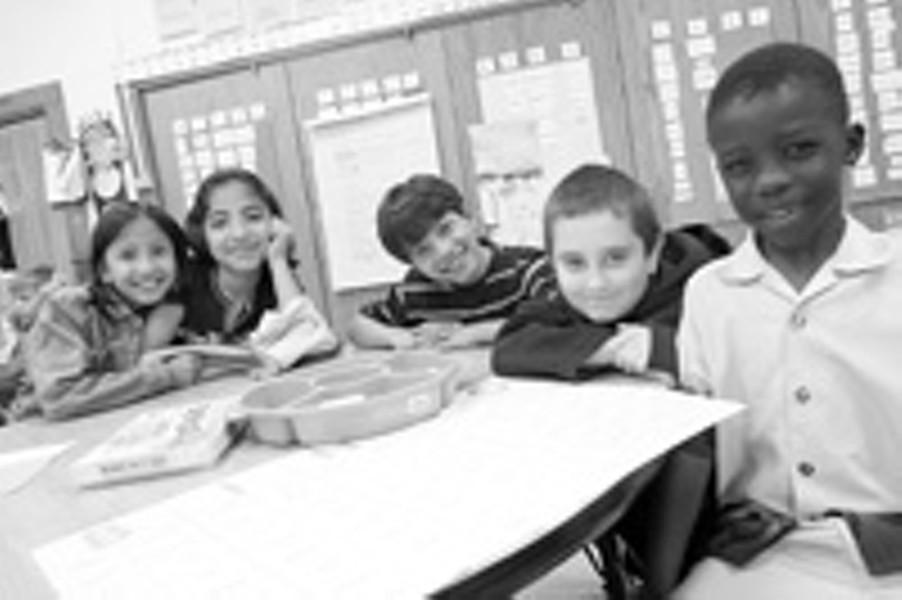 Photo by Krestia DeGeorge The historic Bevier Building could be the new home for some of the staff at the Rochester school districts central office.

The historic Bevier Building could be the new home for some of the staff at the Rochester school district's central office.

In 1910, when the Mechanics Institute was looking for more space, there were no statutes protecting historic buildings. That's how the Rochester Institute of Technology's predecessor was able to tear down the final home of Nathaniel Rochester to build the Bevier Building as a school of fine and applied arts.

Today, as another educational institution's search for space leads it to that building, preservationists have more cause for celebration.

The Rochester School Board voted unanimously last week to authorize the district to negotiate leasing or buying the Bevier Building, next door to the district's administrative offices.

The possibility of the district occupying the building, even as a tenant, thrills Cynthia Howk, an architectural research coordinator with the Landmark Society.

"In historic preservation you like to see that buildings are being used, paying taxes, and being maintained," she says. "Certainly we're pleased to know that the building is not going to sit empty." The building has been vacant for the past two or three years, according to Larry Glaser of Buckingham Properties, its current owner. Buckingham bought the building just a few weeks ago.

"It's one of the few remaining public buildings designed by Claude Bragdon," she says. The Bevier Building, which displays the prominent local architect's trademark use of decorative tile and brick, made the National Register of Historic Places in 1973 and was designated a city landmark the following year.

Though district officials stress that no decision has been made about buying or leasing the property, a move into the Bevier Building would be part of a strategy to boost the district's customer-service image. The district has begun a "facilities modernization plan" for its school buildings, and Superintendent Manuel Rivera says that administrative space is a parallel issue. Chief among the concerns: making administrative areas "a more customer friendly, parent friendly, citizen friendly place," says Rivera. "Just as at City Hall people go in for permits, for tax purposes, to visit the city clerk, this is very much a public building."

"We had probably between 100 and 150 families downstairs in hallways sitting on the floor," she says. "It's just --- it was unfriendly."

The board's vote last week lets the district look at its options. "This doesn't mean that we're going to be leasing or buying the Bevier building," says Rivera. "It really --- what it does is it gives us greater latitude to look at different options for swing space while we look at renovating central office."

The step isn't without its critics. Center for Governmental Research President and CEO Patricia Malgieri says she mentioned the move to several community members who monitor schools for her organization. "There's general agreement," she says, "that this decision has got to be made in the context of the facilities modernization plan," which is currently underway.

"My understanding was that they [the district] didn't want to make any precipitous judgments about the use of facilities in terms of expanding schools, renovating schools, or closing schools until they had done the facilities plan overall. I would think that this would be part of that same policy, which would be that you want to make sure you've thought about the current use of all your current facilities, including central office, before you figure out whether you need an additional building."

Malgieri notes that once the district decides to close schools --- as it inevitably must, due to steadily shrinking enrollment --- it could move central office personnel into those buildings, rather than rent or purchase more real estate. She says she's surprised that given the state of the district's finances, district officials haven't at least waited to see if former classrooms would become available. Asked whether the district's administrative staff wouldn't be more efficient located in the same area of the city, Malgieri points to the district's stated needs.

"Parents might feel more welcome in a former school building in a neighborhood," she says. "I would put staff convenience low on the list."

"It takes nothing away from what we would be able to maximize for our schools," says Rivera. To suggestions that they're jumping the gun by not waiting until the facilities modernization plan is out, district officials say that plans to rent or buy the Bevier Building are in the five-year capital improvement plan passed in 2000. City council passed the bond issue to pay for the move in 2001.

And Rivera adds one more piece of information downplaying the significance of the move: For 17 of the last 20 years, he says, the district has leased space in the building for central-office staff.